The World Intellectual Property Office (WIPO) published a patent application filed by Samsung Electronics today for a multi-foldable electronic device, suggesting that the company is thinking of leveraging foldable display technology to create new foldable devices with unique form factors. To be precise, the patent application doesn’t pertain to an actual device prototype but rather to the asymmetry required to accommodate a display with two folds.

The patent application essentially describes what it would take for a true Z-shaped foldable device to exist. Because the form factor requires the foldable panel to bend on both the inside and the outside of the phone/tablet, this means that a Z-shaped foldable device would always require two different hinge designs. In turn, it would also mean that one third of the foldable display area will always be exposed and more susceptible to damage, but the patent doesn’t detail any technologies or design elements that would mitigate this unavoidable drawback of the Z-shaped form factor.

Is this the future of Samsung’s foldables?

Once again we need to stress the fact that the recent patent application doesn’t reveal a prototype device, so there’s virtually no guarantee that Samsung is developing a Z-shaped foldable hybrid. However, the company is clearly considering building this new form factor and it might even view it as the way of the future.

According to the patent application, a Z-shaped multi-foldable electronic device may have a reduced thickness in the folded state thanks to structural housing changes meant to support portability.

Samsung may have had its eyes on the Z-shaped design ever since it decided to rename its existing foldable series to include the letter Z. Samsung claimed that it chose the letter Z because it reflects the foldable nature of the Galaxy Z Flip and Galaxy Z Fold 2. But perhaps the company was thinking much further into the future when it designated this moniker to its foldable series. Maybe Samsung believes that Z-shaped foldables are the future and what we’re seeing now is a glimpse of that vision.

As to whether or not a Z-shaped foldable is a good idea, that’s another matter altogether. From our own experience with foldable technology, we’re of the opinion that foldable displays work best when they fold on the inside for the simple fact that they are better protected, if nothing else. Of course, Samsung could release a Z-shaped foldable in the future without affecting the existing clamshell and book-like designs. Perhaps they could coexist and this would make the mobile market a lot more diverse rather than continuing to shoehorn it into a single form factor.

Do you think the Z-shaped design a good idea? Should this be the natural evolution of the Galaxy Z Fold series or should Samsung keep the Galaxy Z Fold formula unchanged and release other form factors in addition to its existing ones? Feel free to share your thoughts in the comment section. 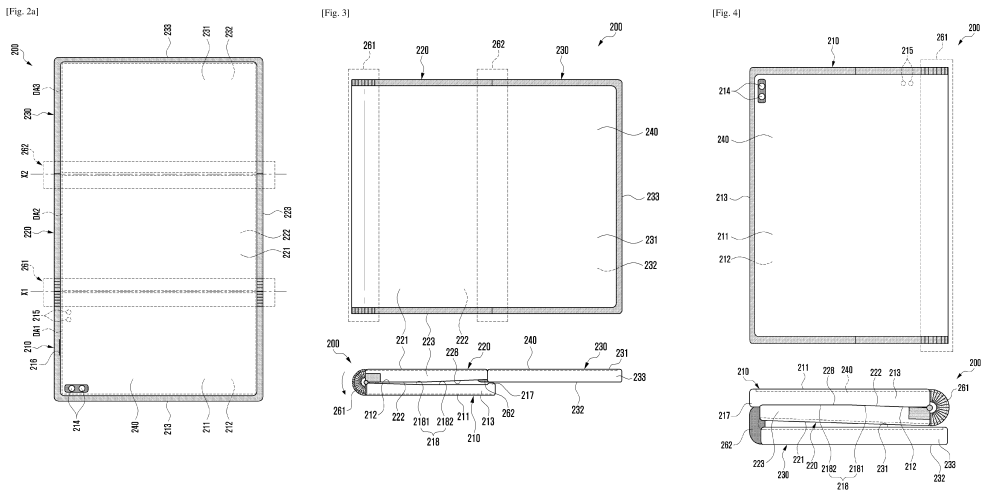