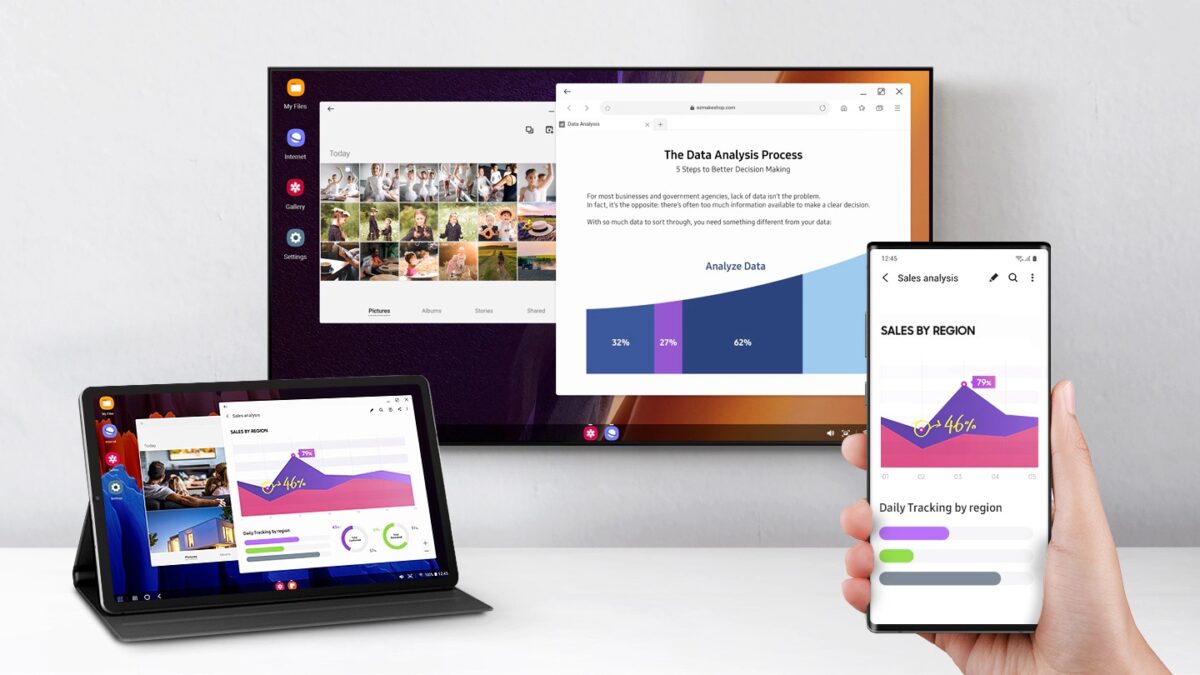 Samsung DeX is pretty amazing, and we’ve talked about it plenty of times in the past. It lets you view pictures and videos on the big screen, create and edit documents while you’re away from your computer, and even multitask using just your smartphone.

Samsung has put in a lot of work over the years to improve DeX. Some things worked, and some didn’t. Last year, it introduced Wireless DeX so that it can be used even without a cable. It also works directly on the tablet’s big screen to offer a desktop-like UI. We think that DeX can be improved even more if Samsung can introduce some new features and iron out a few kinks.

Features that can improve Samsung DeX

These are a few issues that we face while using DeX on a day-to-day basis. Samsung is no longer the only brand in town to have a DeX-like feature on its smartphones and tablets. Motorola and Xiaomi have recently introduced similar modes with their new smartphones, and even Google appears to be working on a DeX-like desktop mode with Android 12. So, Samsung needs to keep improving DeX and adding more features in the future.

What features would you like in the next iteration of Samsung DeX? Let us know in the comments section below!