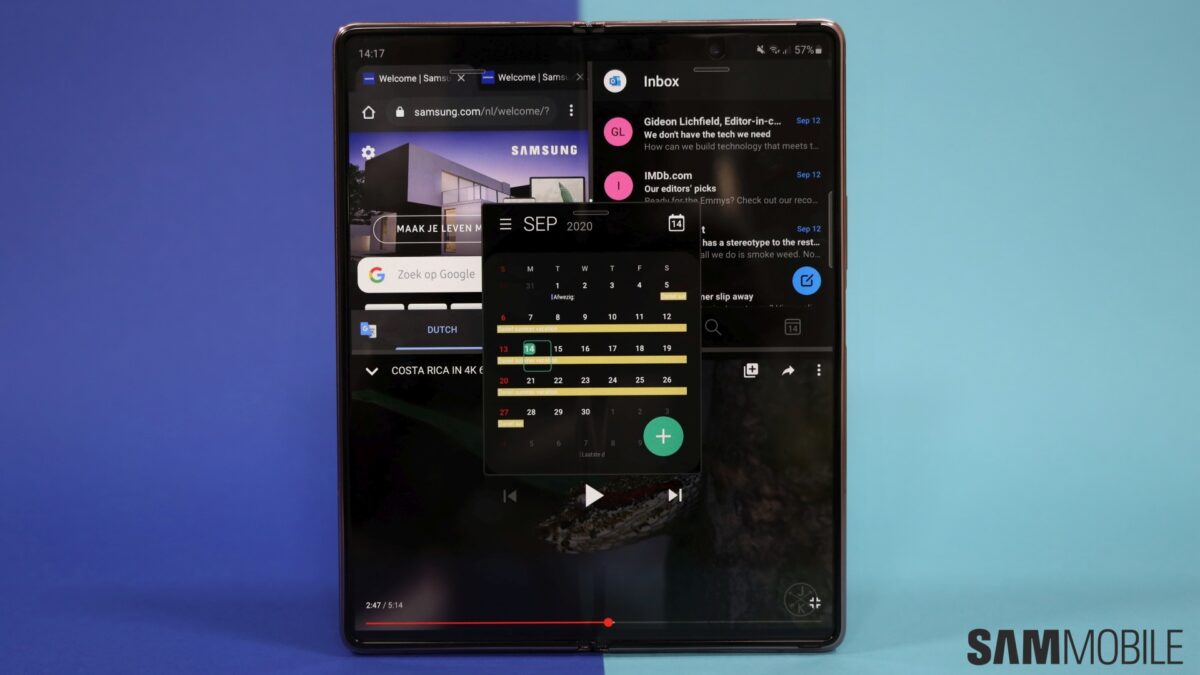 Samsung Display’s tech was at the heart of every foldable Galaxy smartphone released to date. It should hence come as no surprise that this trend will continue moving forward. After all, it’s not like third-party suppliers are lining up to pitch their own solutions for turning flexible screens from a futuristic concept into a mass-market reality to Samsung.

And even if they were, Samsung is pretty much the only game in the foldable mobile town right now. Imagine saying that two years ago, when the Galaxy Fold was rushed to the market just so Samsung could secure the bragging rights of releasing history’s first foldable smartphone.

Are the Galaxy Z Fold and/or Flip in danger of discontinuation?

And while the display R&D focus is now shifting to other form factors, neither the Galaxy Z Fold nor the Galaxy Z Flip series is likely to get canned anytime soon. Moving forward, Samsung is still expected to launch four foldable smartphones in 2021. While its rollable and slidable experiments might still make it to the market before the year’s end, 2022 is a much safer bet for this diversification effort.

The envelope-pushing refresh rates of the last few generations of Galaxy flagships will be fully embraced by the company’s growing portfolio of bendable devices, Samsung Display said during today’s investor conference.