Another piece of evidence pointing at an imminent release of the internally-redesigned Galaxy S20 FE 4G fell into place today, as Samsung appears to have prematurely-published the device’s store page on its Swedish portal. The phone carries model number SM-G780G as opposed to SM-G780F, and this is due to the fact that the device in question is supposed to feature a Snapdragon 865 / 865+ chipset instead of the Exynos 990 SoC.

As many of you know, the Galaxy S20 FE 4G was originally released with an Exynos 990 SoC under the hood, while the Snapdragon 865 chipset was reserved for the 5G model. It is now believed that the upcoming Galaxy S20 FE 4G model will adopt Qualcomm’s solution instead, though the chipset will be stripped of its 5G capabilities.

The Snapdragon variant should be released in at least four colors

The premature store page doesn’t reveal much about the phone’s internal specifications, its price, or launch date. The phone is essentially listed as not being in stock, however, there is one 128GB storage option and four colors to choose from: Cloud Lavender, Cloud Navy, Cloud Mint, and Cloud Red. Additional color options could become available later or exclusively-online.

In addition, the Snapdragon-powered Galaxy S20 FE 4G will reportedly be released in a second memory configuration featuring 8GB of RAM and 256GB of built-in storage. So, it’s business as usual, and aside from a different chipset, the upcoming SM-G780G doesn’t seem to have suffered any other changes, beneficial or otherwise.

The phone’s exact launch date remains a mystery but it probably won’t be much longer before the ‘Not in stock’ button gets replaced by a ‘Buy’ option. Stay tuned. 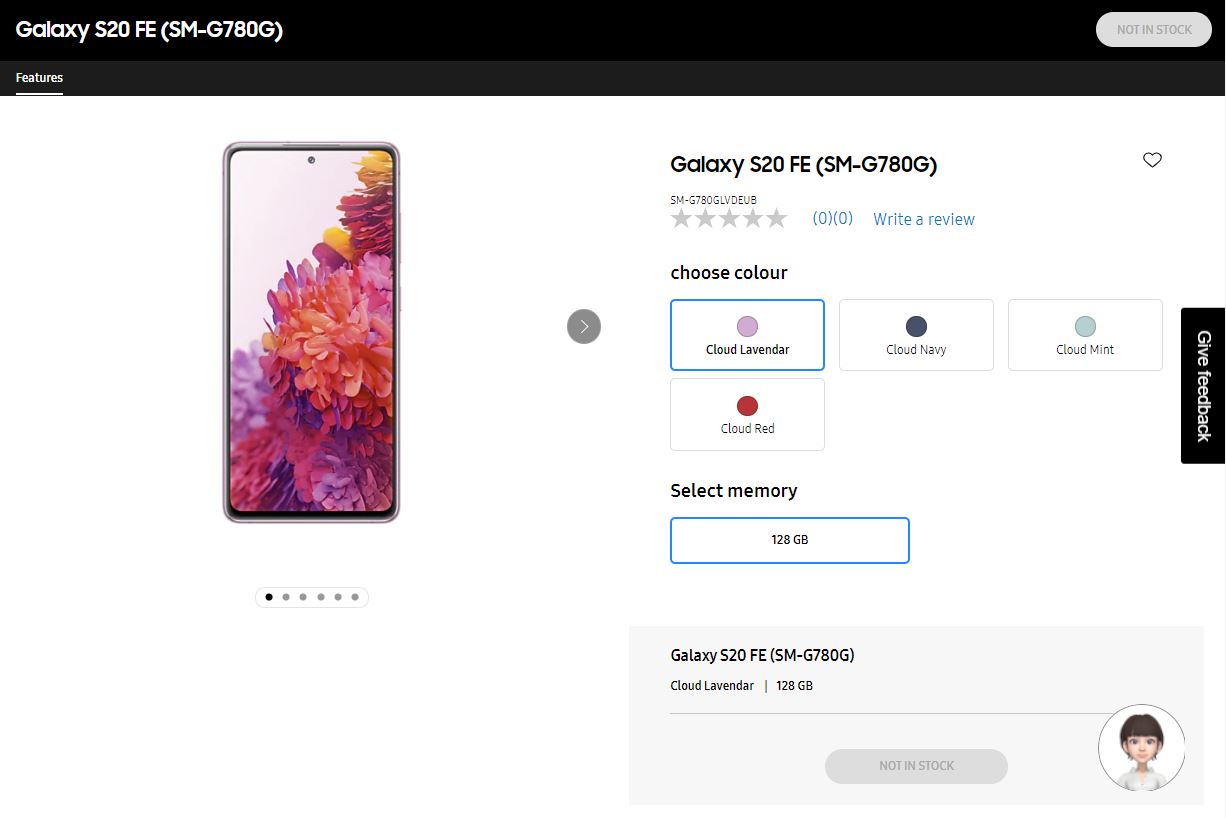