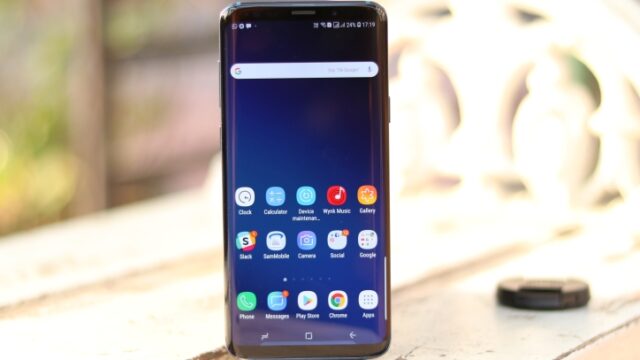 A few years ago, it wasn’t hard to find people supporting manufacturers for moving to Quad HD resolution (2560×1440 pixels) on smartphone displays, saying that the increased resolution makes a difference compared to the Full HD displays we’d been used to at the time. Many Samsung fans were of the same opinion, but the company itself accepted the fact that Full HD (1080p) is enough for the vast majority of users by setting the Galaxy S8 and S8+ displays to Full HD+ (the + denotes the slightly extended vertical resolution for the taller display) out of the box. It’s something Samsung continued with the Galaxy Note 8, and yes, it’s the same for the Galaxy S9 and Galaxy S9+.

Samsung’s primary reason for setting the display to Full HD+ (2280×1080 pixels) by default is apparently battery life. As many of you might have noticed, however, there’s no perceivable battery life difference between Full HD+ and WQHD+ (2960×1440 pixels). Yes, Full HD+ is more than enough for everyday usage, but there’s no reason to settle for anything but the best if you’re spending the exorbitant prices flagship phones command today. And, in fact, if you have good eyesight, you’ll notice how some of the text in the interface becomes a tad hazy at Full HD+. This can easily be seen in the notification shade, for instance, although it may not exactly bother you unless you go looking for the difference.

So if you own the Galaxy S9 and Galaxy S9+ and haven’t already done so, go ahead and change the screen resolution to WQHD+. This can be done in the Settings » Display » Screen resolution menu. Of course, if you want to carry on using your phone as it is, that’s fine as well. There’s also an HD+ setting that runs the display at 1480×720 pixels, but that’s not something we recommend unless you really don’t care about the viewing experience on a smartphone, which is almost a crime considering the quality that Samsung’s Super AMOLED displays have attained in recent years.