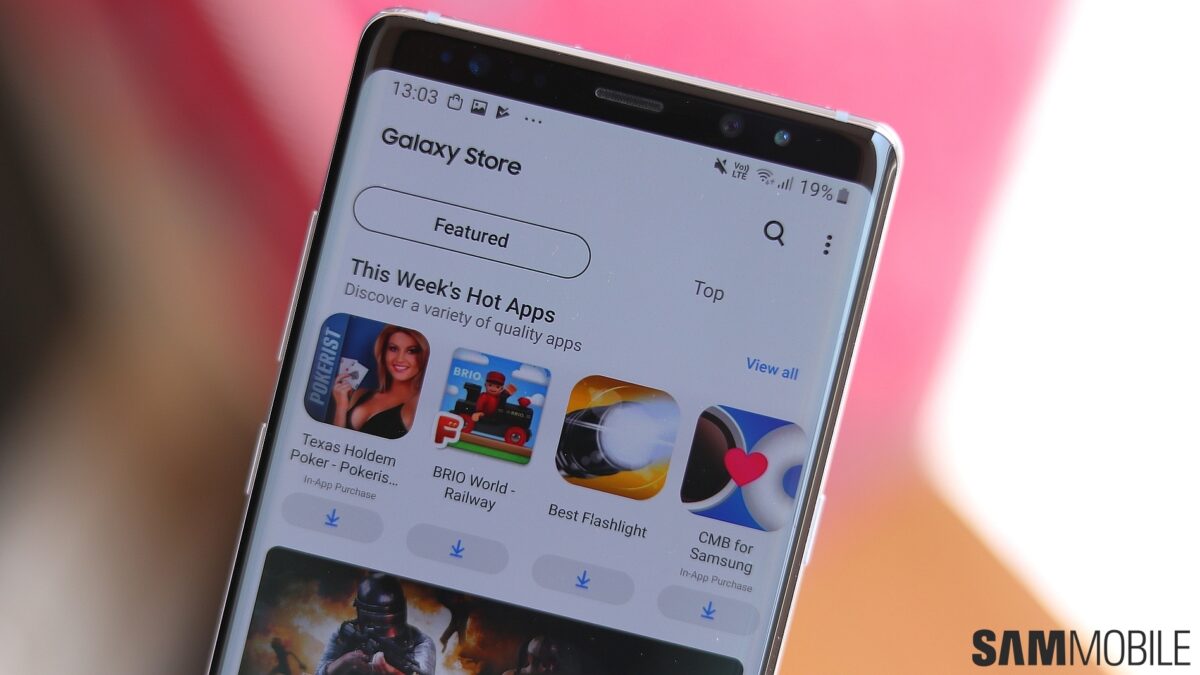 Samsung will be pulling the plug on paid Galaxy Store content in a handful of countries come next month, the company confirmed in a notice that was sent out to users who reside in affected markets. Free content will remain available for download but paid apps will be going away along with apps that have in-app purchases as well as paid Galaxy Themes beginning January 26.

The markets that will be affected by this new change of policy are: Albania, Azerbaijan, Bahamas, Bangladesh, Iceland, Moldova, Pakistan, and Uruguay. An exact explanation as to why paid content will be going away from the Galaxy Store in these regions wasn’t offered but it’s likely that it has something to do with the way each country handles online payments rather than with Samsung’s own policies.

In any case, Galaxy Store users in these countries who have already purchased apps will be able to download their purchased apps even after January 26, by accessing the My Apps section in the store. As for app developers, they’ll obviously have to make a choice between letting their paid apps be removed from the Galaxy Store in these markets or provide completely free alternatives, which probably won’t happen. We’ll keep you up to speed as soon as we find out more. 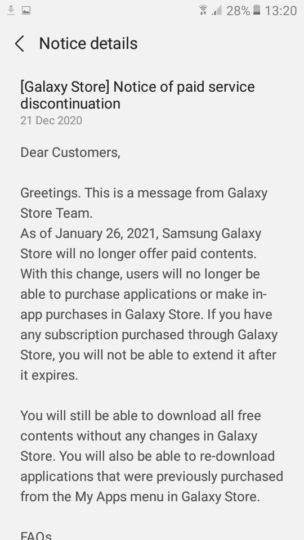 The Galaxy Store is Samsung’s own app store. It’s available on all of the company’s Android devices alongside the Google Play Store. If you tend to use it a lot, you might want to steer clear of a few apps on the Galaxy Store that will infect your phone with malware. It’s surprising that these […]