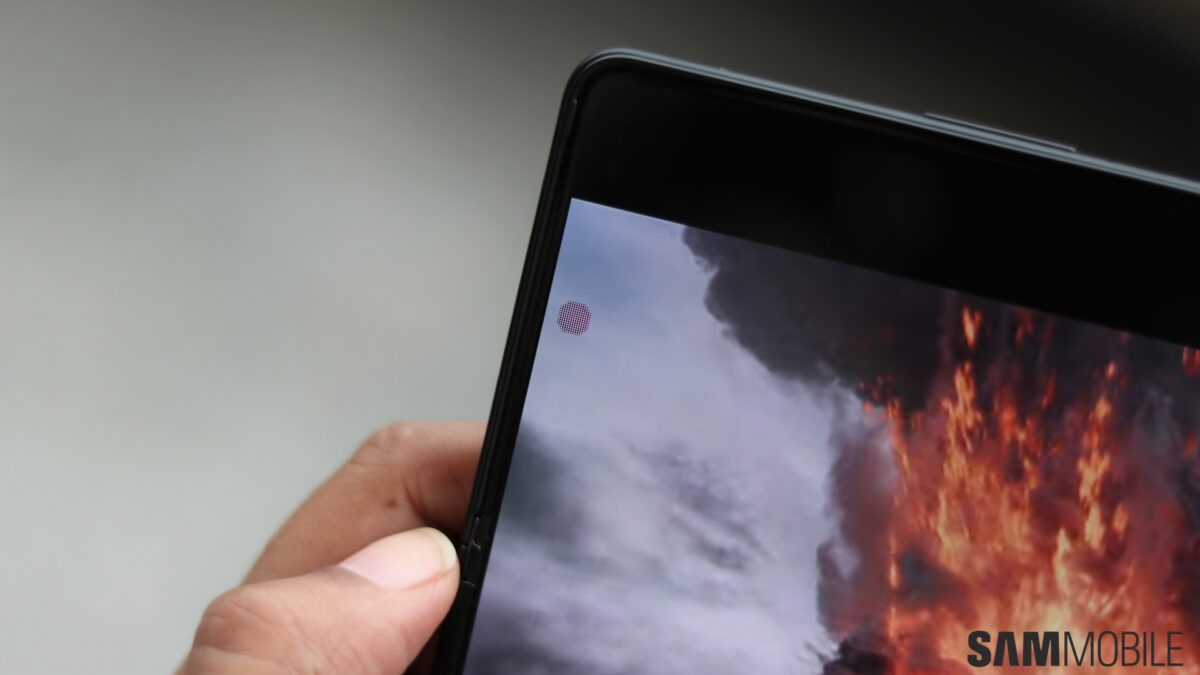 While competing firms are stuffing their foldable phones with the latest and greatest hardware, Samsung is busy improving the practicality and usability of its new foldable devices. One of the primary complaints about the Galaxy Z Fold 3 was its under-display selfie camera, It was neither properly hidden nor offered good image quality. And the South Korean firm has indeed improved it with the Galaxy Z Fold 4.

The camera will be even less visible thanks to higher pixel density than the Galaxy Z Fold 3. Text appears better defined, too. So, in theory, no matter what you’re doing on the Galaxy Z Fold 4’s inner display, the under-display camera won’t get in your way. What isn’t clear yet is if Samsung has improved the image quality of the under-display camera.

Another Galaxy Z Fold 4 leak from last week confirmed that the upcoming foldable phone will indeed feature an improved camera setup. It has a 50MP primary camera, a 12MP ultrawide camera, and a 10MP telephoto camera with 3x optical zoom. The South Korean firm also claims in its marketing material that it has improved video stabilization and low-light performance. 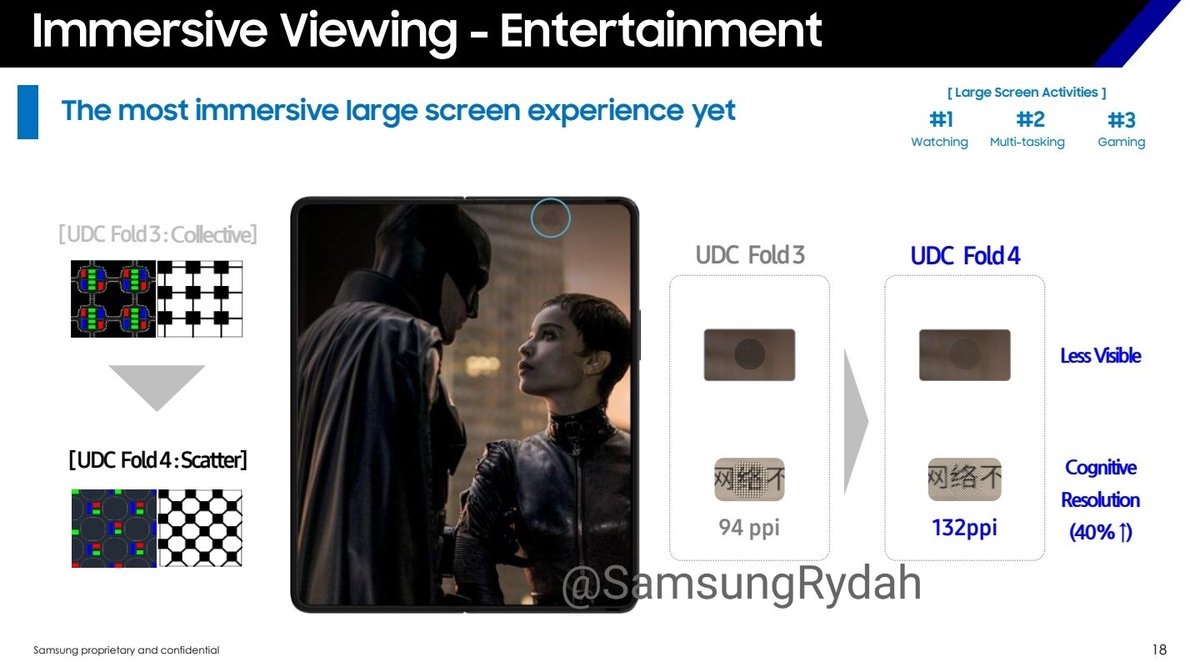