With the Galaxy S20 now official and on its way to retail stores in a few weeks, Samsung is going to be quite busy. But the company isn’t slowing down when it comes to updating existing phones. Case in point: Both the Galaxy S8 and Galaxy Note 8 have begun receiving the February 2020 security update in the last couple of days.

Samsung has released new updates for its 2017 flagships that bring the latest security enhancements. The Galaxy S8 and S8+ are receiving an update with software version G95xFXXS7DTA6 in some European countries, including Germany, the Netherlands, Spain, France, and Poland.

The Galaxy Note 8, meanwhile, has been getting an update with software version N950FXXS9DTA1 in European markets including Germany, Switzerland, Greece, Bulgaria, Italy, and France since last week. In the US, it’s being updated with build number N950USQS7DTA4 on Sprint and T-Mobile models.

As you would expect, you won’t be getting any new features or major changes as part of the new updates, only the latest security fixes. The February patch fixes two critical vulnerabilities in the Android operating system and 30 vulnerabilities that affect only Samsung Galaxy smartphones, details of which can be found at this link.

You can download the new update on your Galaxy S8, S8+, or Note 8 over the air by opening the phone’s Settings app, navigating to Software update, and tapping Download and install. If the update doesn’t show up right away, you can try tapping that option a few times, and if that doesn’t work, you can update by downloading the latest firmware from our firmware archive and installing it on the phone using a Windows PC. 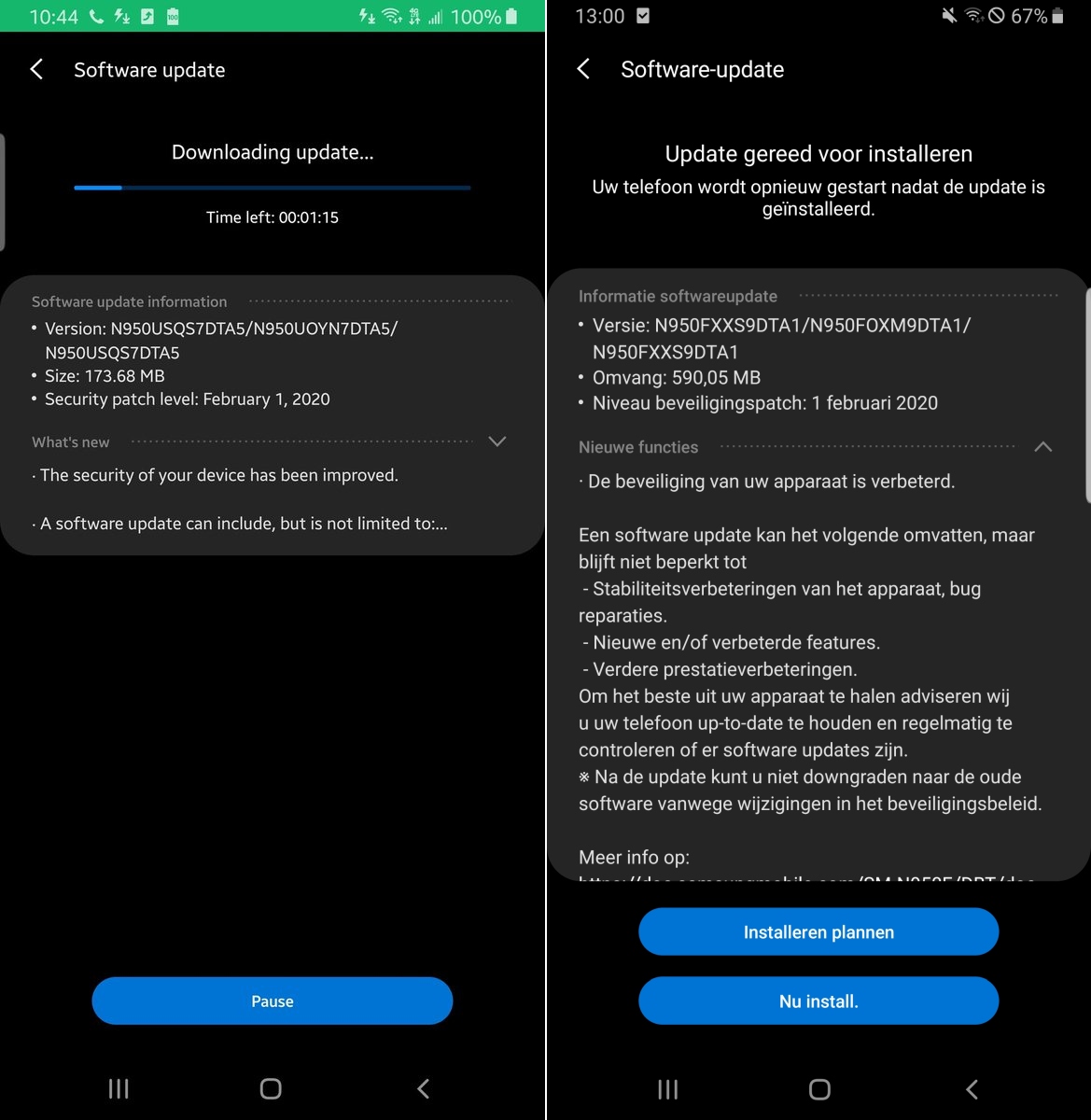