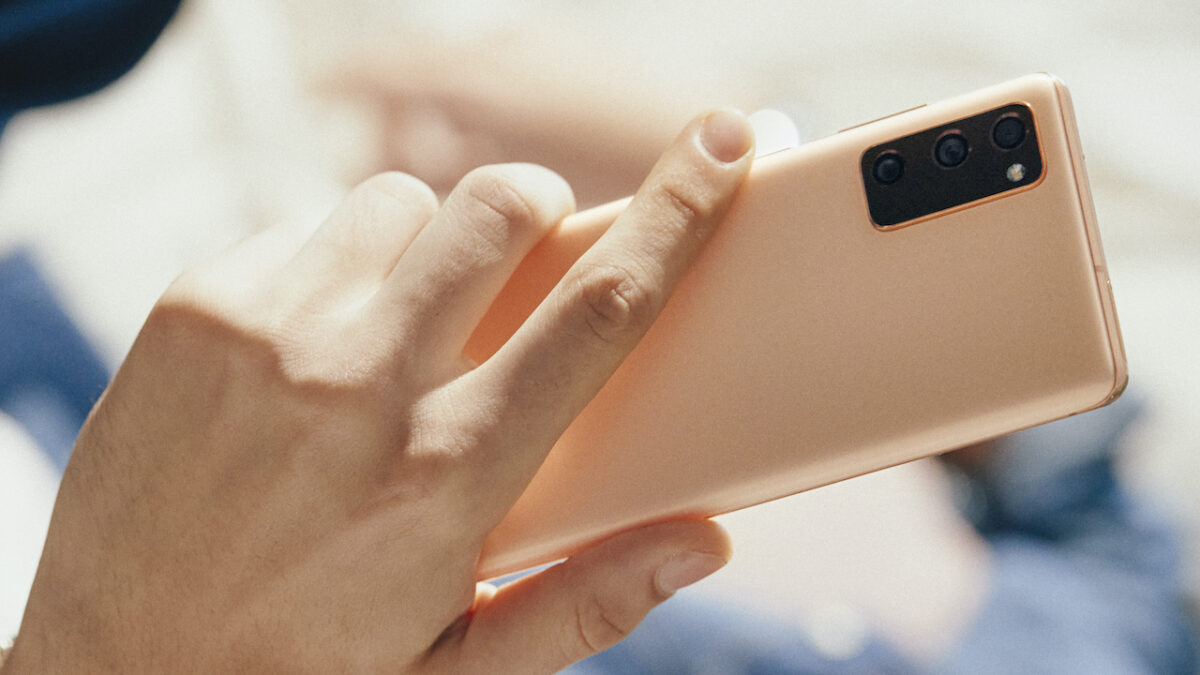 Indeed, the Galaxy S20 Fan Edition is a very colorful phone as it ships in one of six Cloud-labeled color options including navy, red, lavender, mint, white, and orange. But the claim that it delivers everything you love about the S20 might be a bit of an exaggeration, so let’s further explore how these devices compare beyond surface level.

Like the standard models, the Galaxy S20 Fan Edition was released in 4G and 5G flavors, with the choice of chipsets and memory being decided by the phone’s connectivity capabilities. In other words, the 4G variant is powered by the Exynos 990 SoC, 6GB of RAM, and 128GB of storage, whereas the Galaxy S20 FE 5G employs the Snapdragon 865 chipset, 8GB of RAM, and 128/256GB of built-in storage. Each variant has a microSD card slot.

The Galaxy S20 FE ships with Android 10 and the latest version of One UI (2.5). It’s powered by a 4,500mAh battery with 25W fast charging capabilities but unlike the standard model, it ships with a 15W charger. The 25W charger must be purchased separately by customers who may want to take advantage of the battery’s full capabilities.

As many of you know by now, the Galaxy S20 and Galaxy S20+ share the same camera configuration with the exception of the Plus model having a ToF sensor. Not counting the ToF unit, the camera setup of both standard models comprises a 12MP wide shooter, a 12MP ultra-wide, a 64MP telephoto sensor, and a 10MP selfie camera.

The selfie camera no longer has a 10MP resolution but a total of 32 million pixels, each with a size of 0.8-microns. The Galaxy S20 Fan Edition camera combo benefits from features like Single Take, Night Mode, My Filter, Live Focus, and Night Hyperlapse.

Until then, you can take a closer look at how these three devices compare side-by-side by checking our online comparison tool. It can be used to compare the specifications of up to four Galaxy devices simultaneously and it’s not limited to smartphones.