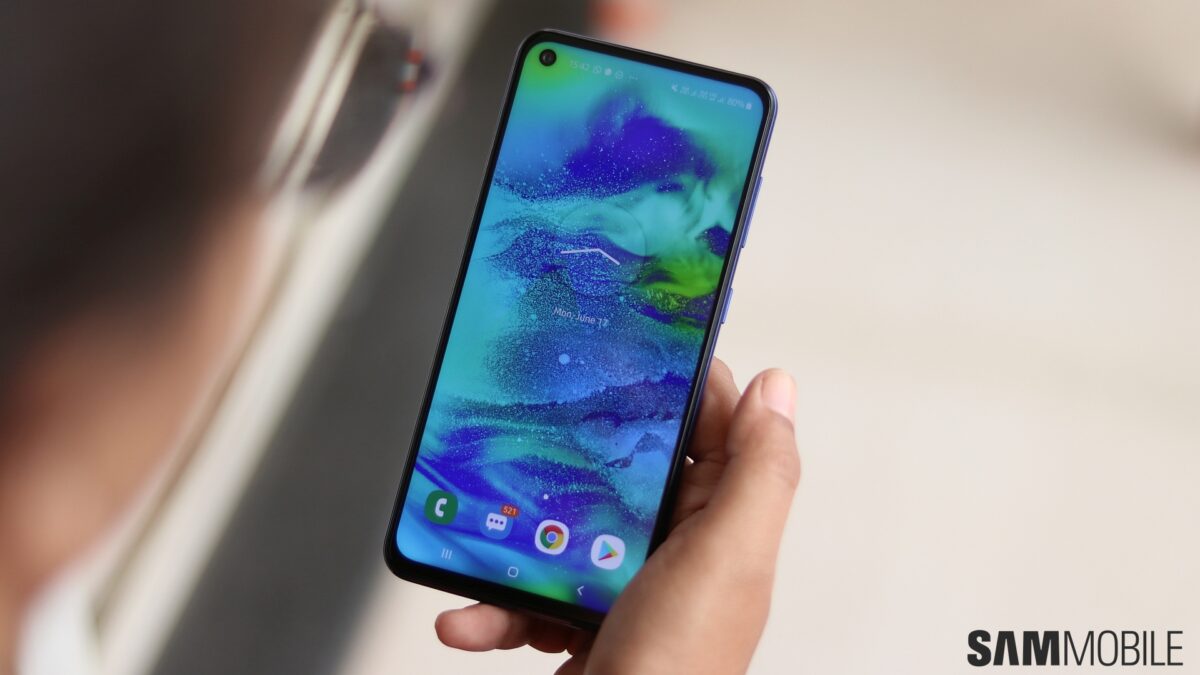 Last month, we had exclusively revealed that Samsung is working on two new Galaxy M series smartphones: Galaxy M12s and Galaxy M42. Both smartphones are expected it be launched by the end of this year. The Galaxy M42’s primary camera resolution and internal storage capacity were known. Now, its battery capacity has been revealed.

The Galaxy M42’s (SM-M425F) battery with model number EB-BM425ABY has passed through 3C and DEKRA certification processes. Its capacity is rated at 5,830mAh, and Samsung will most likely market it as a 6,000mAh battery. The same battery also appeared in Indian certification agency BIS’s database, which points towards the possibility of the Galaxy M42 launching in India soon.

It is a common sight these days to see 6,000mAh batteries in Samsung’s mid-range phones. The Galaxy M42 will come with a 64MP primary camera and 128GB of internal storage. Not much else is known about the phone right now, but it could be a watered-down version of the recently launched Galaxy A42 5G.

Even the Galaxy M12, whose renders were leaked yesterday, appears to have drawn its design inspiration from the Galaxy A42 5G. The upcoming smartphone reportedly features a 6.5-inch Infinity-V display, a quad-camera setup on the rear, a side-mounted fingerprint reader, a 7,000mAh battery, a USB Type-C port, and a headphone jack. 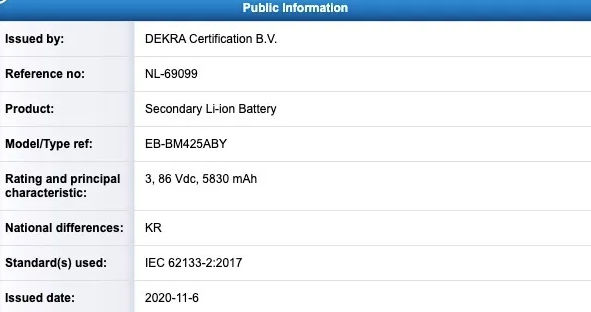 Samsung is expected to launch a lot of 5G smartphones in India this year, despite the country not having any 5G network. And it looks like the Galaxy M42 5G could be the company’s first mid-range 5G smartphone for the Indian market. The phone was leaked multiple times over the past six months, and it […]

The Galaxy M42 seems to be nearing its commercial debut, with Samsung just obtaining what’s likely the final regulatory approval for the mid-ranger’s release. Namely, a device bearing model number SM-M426B/DS has been greenlit by the NFC Forum Certification Program earlier this week, with previous reports suggesting we’re looking at a rebranded version of the Galaxy […]

Samsung had announced last week that it would soon launch the Galaxy S20 FE 5G in India. However, that’s not the only 5G Galaxy smartphone making its way to the country. Samsung appears to be planning to launch multiple mid-range 5G smartphones in India despite the market lacking any 5G network. The South Korean smartphone […]

Samsung’s Galaxy M series has been a massive hit in markets like India thanks to a mix of excellent specs and relatively low prices, and it seems the company is now working on future-proofing Galaxy M phones by introducing 5G connectivity. That’s evidenced by the Wi-Fi Alliance certification for the Samsung SM-M426B, which should be […]

Exclusive: Samsung may not be done launching Galaxy M phones in 2020