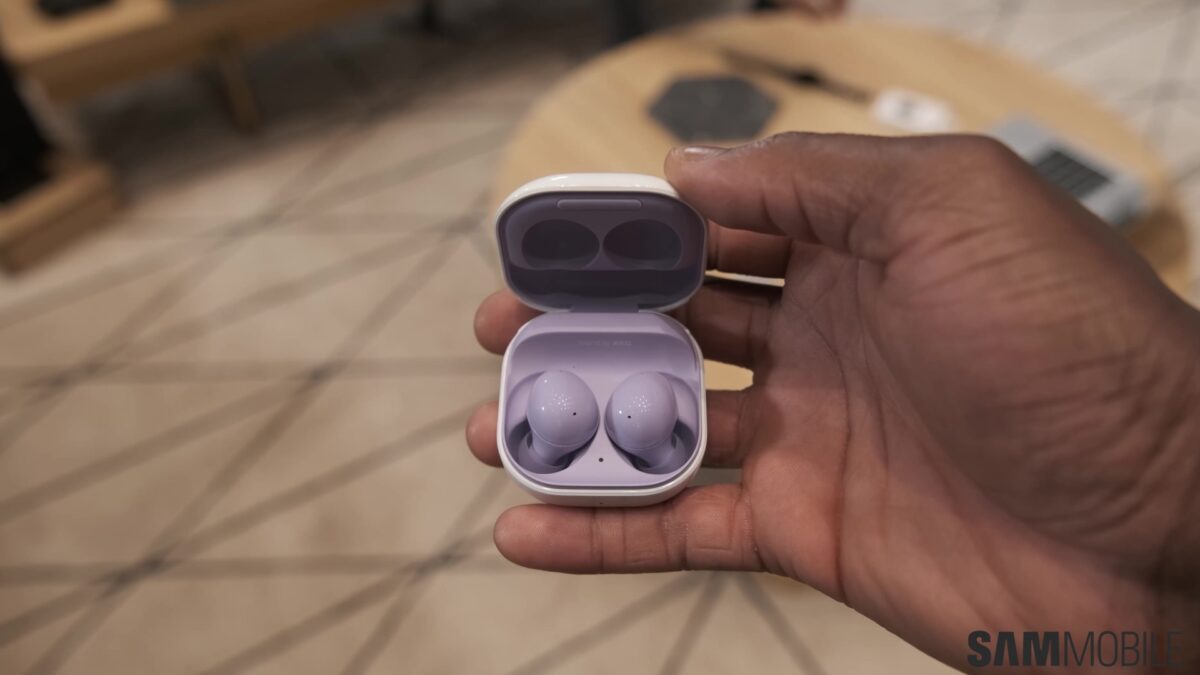 Even though Samsung released its newest flagship truly wireless earbuds just a couple of weeks ago, it hasn’t forgotten its older Galaxy Buds models. The South Korean firm has released a new firmware update to the Galaxy Buds Pro and the Galaxy Buds 2, which were released last year.

This Galaxy Buds 2 update has been released worldwide, so everyone who owns these wireless earbuds can install the update right away. To install the update, head over to the Galaxy Wearable app and navigate to Earbuds settings » Earbuds software update and then tap on Update.

Both these earbuds feature a dual-driver setup with Bluetooth 5.0 connectivity, ANC, Ambient Mode, 360 Audio, and Auto Switching. They are compatible with AAC, SBC, and SSC codecs. Both earbuds feature wear detection, three microphones, an IP rating, a USB Type-C port, and wireless charging.

Black Friday 2022 brings a lot of great deals on Samsung products. If you’ve made up your mind about buying a pair of wireless earbuds, then you should definitely consider the Galaxy Buds 2. These are among the best wireless earbuds from Samsung. The Galaxy Buds 2 offer enhanced audio quality, and improved call quality […]

Daily Deal: Galaxy Buds 2 are a steal at 31% regular price

The Galaxy Buds 2 are among the best Samsung earbuds given their highly versatile nature and great sound quality. So if an opportunity appears to pick up a pair at a great price, you definitely shouldn’t pass it out. Our Galaxy Buds 2 review highlights everything that’s great about these nifty little earbuds. They provide […]