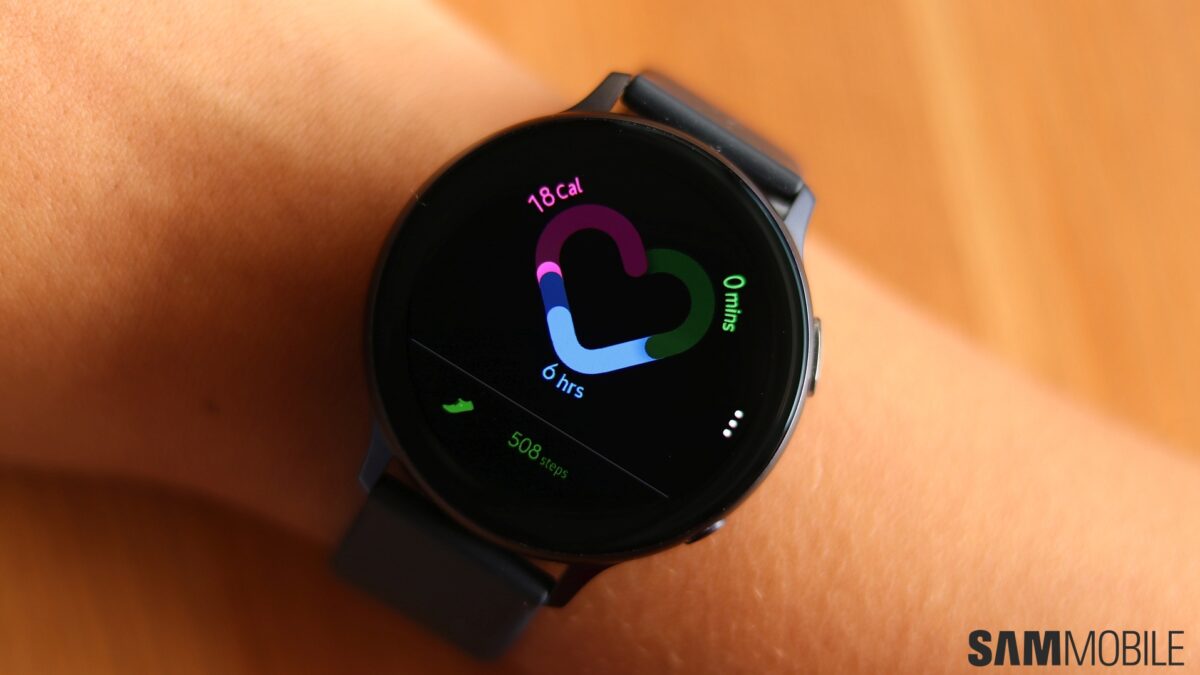 Not even a full day after its official, full-fledged announcement, the SmartThings Find service is already rolling out to select Galaxy Active Watch 2 models. And that’s just the tip of the iceberg that is this newest over-the-air update for Samsung’s 2019 wearable.

Identified by release version R820XXU1DUA3/R820GFC1DUA3, the firmware upgrade was first sighted earlier today by one of our eagle-eyed readers from Canada.

SmartThings Find arrives on the heels of nearly half a year’s worth of teasers from Samsung. The feature was originally mentioned during the Galaxy Note 20 Ultra announcement as a way to underline that particular flagship’s ultra-wideband (UWB) support. And it was only yesterday that Samsung finally announced a practical, real-world application of this tracking solution in the form of an extremely convenient Android Auto integration.

The newly spotted update also brings the recently launched group-walking challenge inside Samsung Health to Galaxy Watch Active 2 users. And just because 2020 is behind us, that doesn’t mean Samsung got any less serious about proper hand hygiene. Because the tech giant now appears to be bundling its Hand Wash app with maintenance updates. As a reminder, this educational smartwatch tool debuted back in April, emerging from the Samsung R&D Institute India-Bangalore (SRI-B).

General-purpose performance improvements and bug fixes are part of this firmware release as well, according to a changelog accompanying the download. The Galaxy Watch 3 and Samsung’s other wearables presumably won’t lag too far behind the Galaxy Watch Active 2 in getting SmartThings Find. After all, even without Samsung’s pursuit of wearable feature parity, the support efforts aimed at modern Galaxy smartwatches have been nothing short of stellar.

We’ve all experienced it. The sheer feeling of dread when we find out that our phone is missing. Most of …