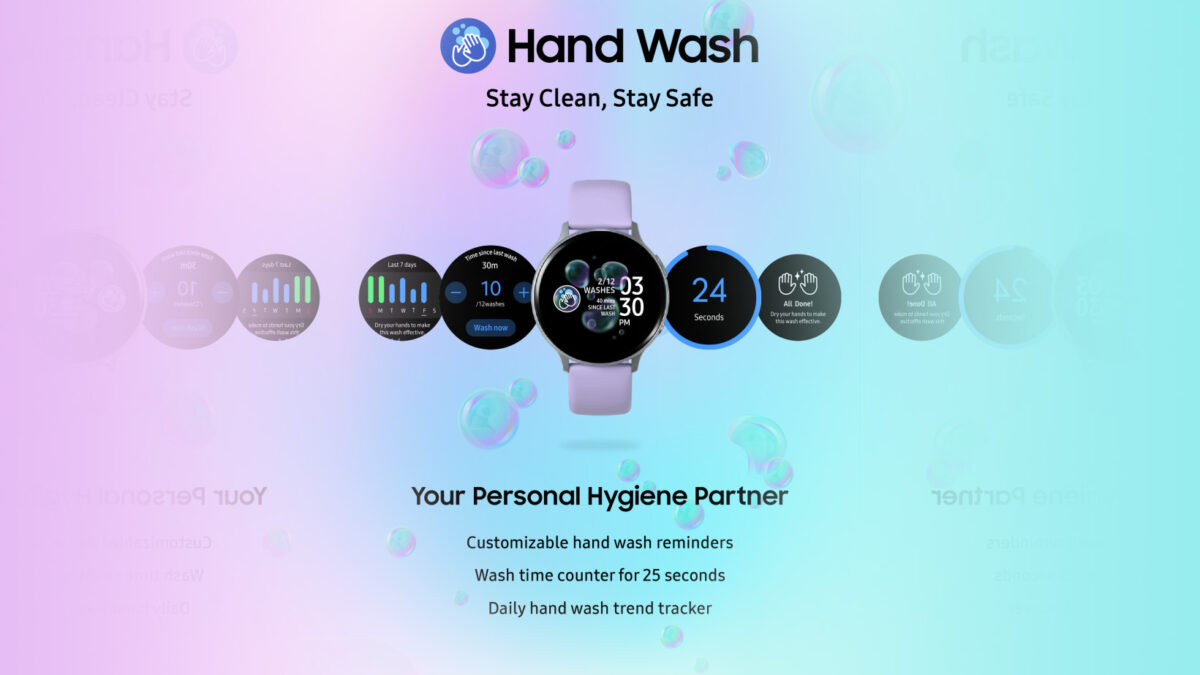 Samsung’s Galaxy Watch wearables are joining global efforts to slow down the spread of COVID-19 with a new app meant to help you develop, fortify, and maintain great personal hygiene habits.

Simply called Hand Wash, the smartwatch tool was developed in only two weeks over at Samsung Research Institute-Bangalore in India. Several developers within the SRI-B UX and wearable team came up with the concept and realized it in record time while simultaneously adapting to working remotely.

Fighting a global pandemic 25 seconds at a time

The app was designed to teach and reinforce good hand-washing habits described as part of WHO’s official recommendations for curbing the spread of the infectious disease. It does so by reminding users to wash their hands regularly, as well as making sure they’re doing so long enough for the cleanup to be effective. That would be 25 seconds in practical terms, or 20 seconds of continuous rinsing, as per the same guidelines. Compatible devices like the Galaxy Watch Active 2 will vibrate when that time is up so that you don’t have to improvise with less reliable methods of tracking wash time, Samsung says.

Hand Wash also comes with its very own watch face, an ability to analyze your hygiene habits over longer periods, and a couple of other features. Galaxy Watch owners can take advantage of Samsung’s new solution as of today, with the Hand Wash app now being available for download from the Galaxy Store free of charge.

A single Galaxy Watch app isn’t the only thing Samsung’s Indian operations brought to the global coronavirus fight. Earlier this week, the local arm of the company donated the equivalent of $5 million to the South Asian country, distributing the funds among the federal government and some of the hardest-hit states. The move came on top of plenty of other Samsung initiatives, all of which are in line with how the chaebol has been contributing to COVID-19 relief efforts in other parts of the world. Since early March, it did everything from ramping up hospital equipment production to suspending non-essential factory work so aggressively that its output already hit rock bottom, as it’s now reportedly at its lowest point in the firm’s 82-year history.