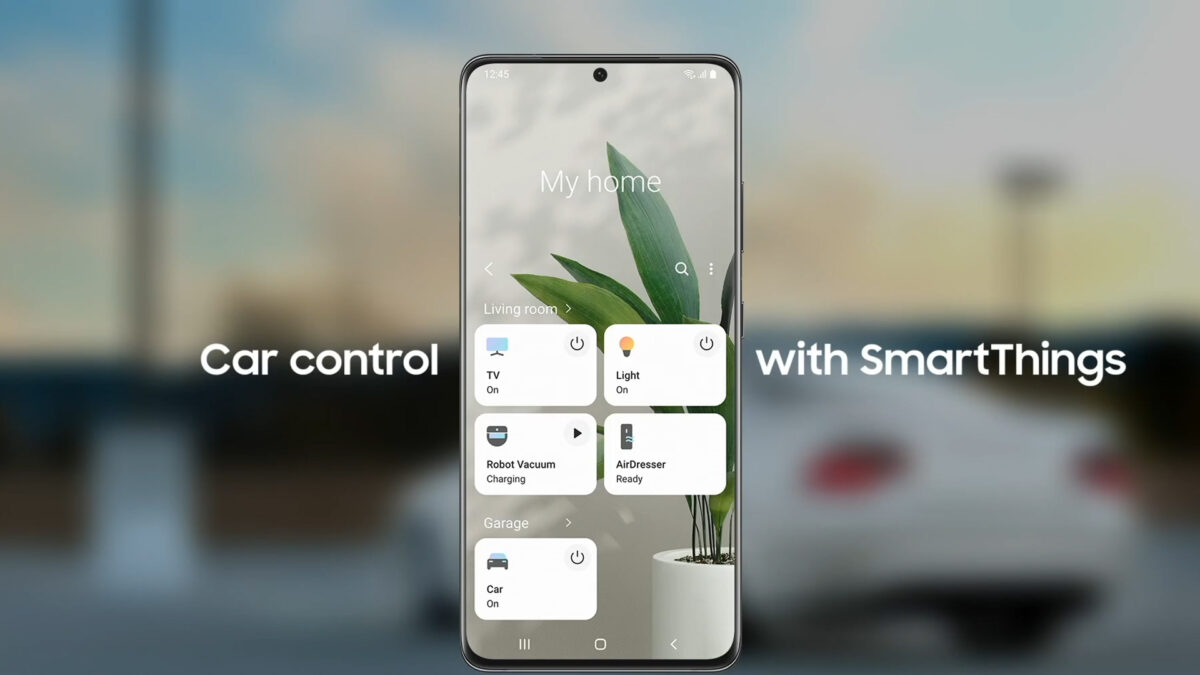 The South Korean tech giant announced that users would be able to start and stop the engine of compatible cars using the SmartThings service. They can check their cars’ status and do things like turning on the AC before stepping in. Thanks to its extended partnership with Google, Samsung also announced the launch of SmartThings on Android Auto. Users will be able to control their SmartThings-compatible devices directly via their car’s Android Auto dashboard. They can do things like turning on the AC or starting SmartThings Routines.

With Samsung’s Digital Key feature, users would be able to unlock SmartThings-compatible cars using their Galaxy smartphones. Digital Keys can be shared with family members and friends, regardless of their smartphone brand or platform. Users can also find their car’s parking location using SmartThings Find (via UWB) and a compatible smartphone like the Galaxy S21 Ultra.

The company is working with Car Connectivity Consortium (CCC) and brands like Audi, BMW, Ford, and Genesis to standardize Digital Key, NFC, and UWB technologies.