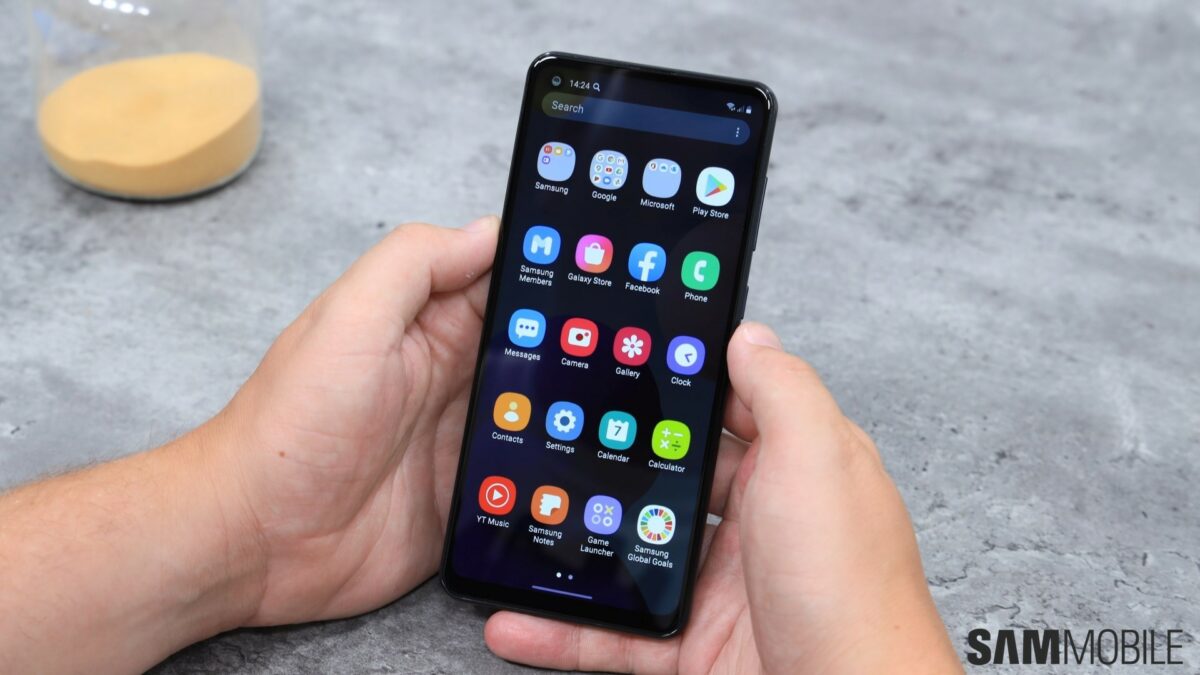 Samsung is working on its cheapest 5G smartphone yet, the Galaxy A22 5G. And it looks like the unannounced smartphone is quite closer to its launch date. While its design and specifications have been rumored earlier, some of its key features have now been indirectly confirmed by none other than Google.

The Galaxy A22 5G appeared in Google’s Play Console listings, showcasing its front design, processor, RAM, screen resolution, and model number. Going by the latest information, the Galaxy A22 5G (SM-A226B) features an Infinity-V display with Full HD+ resolution. It runs Android 11 out of the box (maybe with One UI 3.1) and comes equipped with the MediaTek Dimensity 700 processor and 4GB RAM.

The Dimensity 700 processor has two high-performance Cortex-A76 CPU cores clocked at 2.2GHz, six power-efficient Cortex-A55 CPU cores clocked at 2GHz, and the ARM Mali-G57 GPU clocked at 950MHz. The smartphone has already been rumored to feature a quad-camera setup on the rear, featuring a 48MP main sensor, an 8MP ultrawide camera, a 2MP macro camera, and a 2MP depth sensor. It might feature a 13MP selfie camera at the front.

The upcoming smartphone could be powered by a 5,000mAh battery and 15W fast charging. It is expected to have a side-mounted fingerprint reader. The Galaxy A22 5G could be available in at least four colors: gray, light green, purple, and white. It could be priced around €279 in Europe. Samsung could also launch a 4G variant of the device in some markets during the second half of 2021. 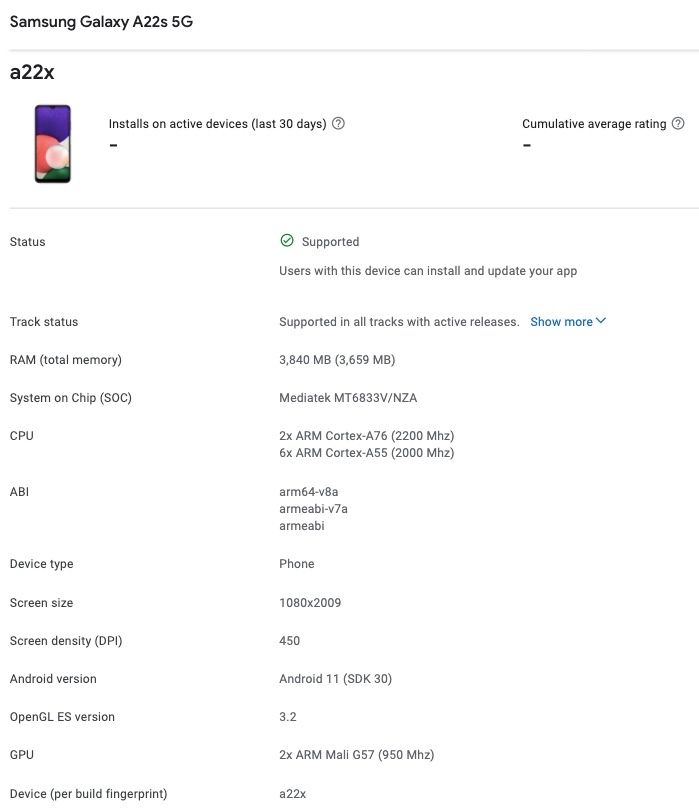