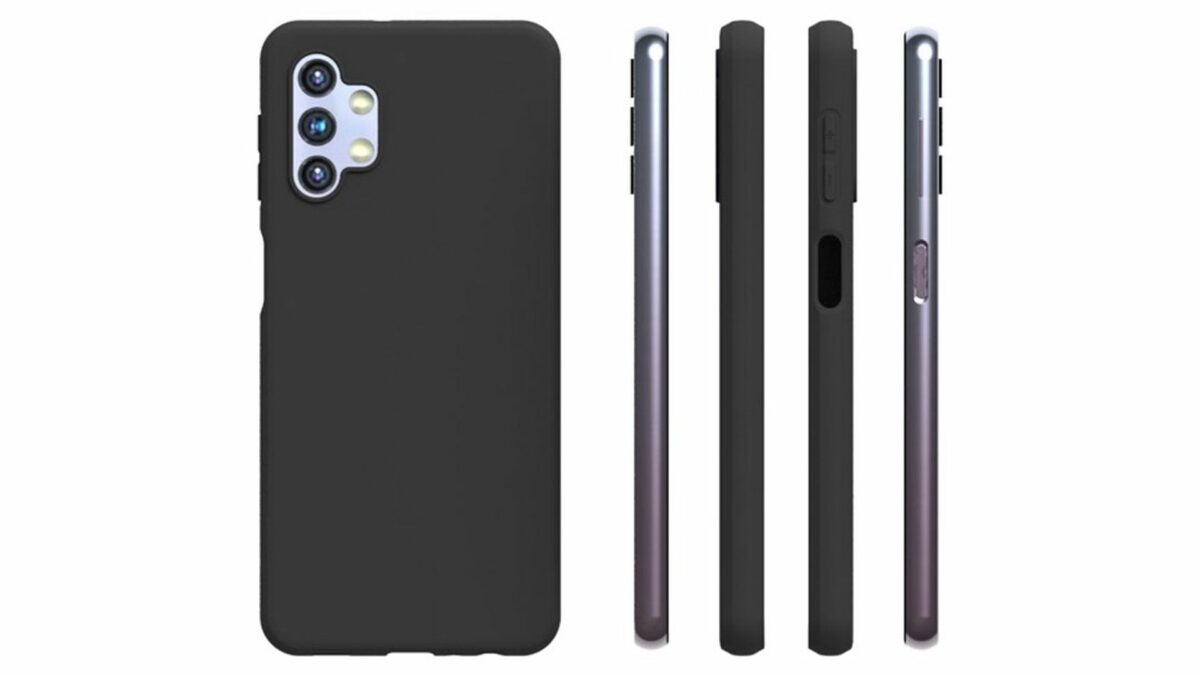 Samsung already unveiled a couple of budget Galaxy A phones meant to hit the market in early 2021 but both the Galaxy A12 and the Galaxy A02s are limited to LTE connectivity. Meanwhile, Samsung’s most affordable 5G phone of 2021 might be the unannounced Galaxy A32 5G. It first surfaced in the summer and it has now reached our headlines once again after a series of case renders have revealed its alleged design.

Assuming that the renders are accurate, what we’re looking at is a unibody phone rather than a glass-sandwich design. Interestingly enough, the renders suggest that the three rear-facing cameras are not enclosed in a square or rectangular camera bump. Instead, each of the three sensors pass through their own independent, circular cutouts on the back panel.

Then again, these are rough schematics, according to the source, so perhaps the camera module will look different in the final product. Whatever the case may be, previous reports hint at a triple camera setup which should include a 48MP main shooter and possibly a 2MP depth sensor.

The volume keys reside on the right edge of the phone and the bottom edge accommodates a USB-C port flanked by a speaker grille and a 3.5mm audio port.

Keep in mind that the renders don’t originate from Samsung but from a third-party case maker who should have the right specs and dimensions but might not know all the fine details pertaining to the Galaxy A32 5G’s design. Therefore, some details seen in these renders might not be accurate, and at the end of the day, the images don’t offer a guarantee that this will be the phone’s final design.