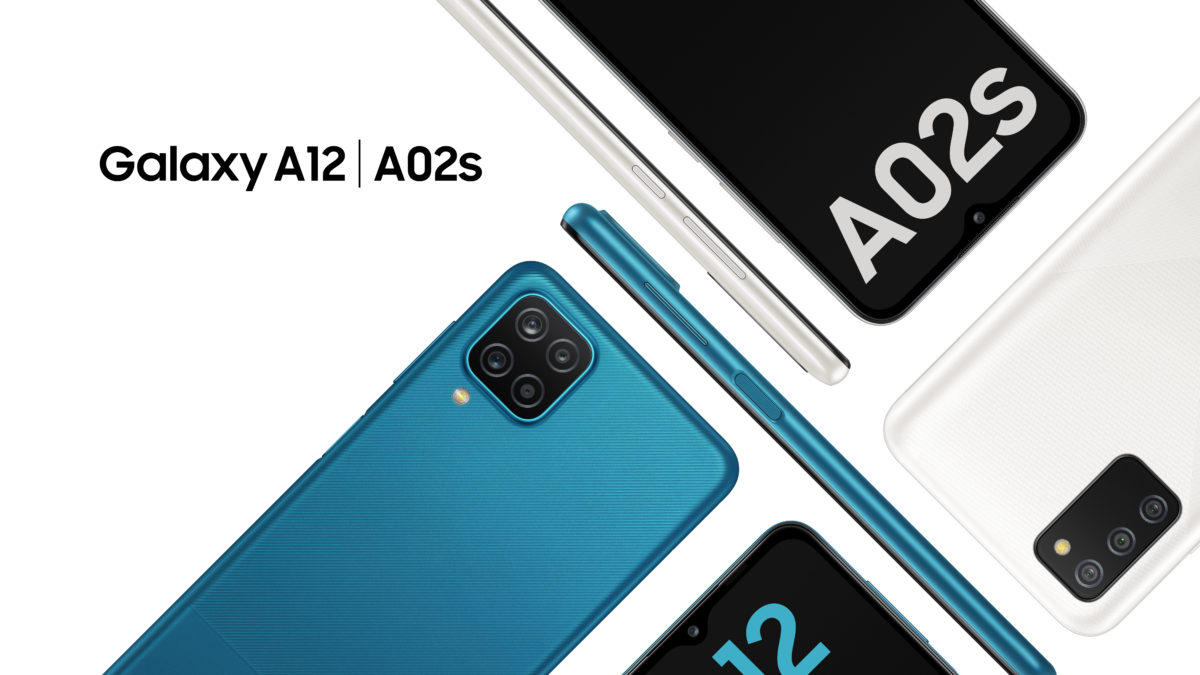 Samsung has just announced a couple of new budget phones belonging to the 2021 lineup, namely the Galaxy A12 and the Galaxy A02s, both of which claim to offer long-lasting battery life, big immersive display and powerful cameras for the price. Speaking of, the Galaxy A02s is the lower-priced model of the two, but they will both hit the market for under 200 EUR.

The Galaxy A12 was subjected to a few leaks as well as an exclusive SamMobile report before, but the Galaxy A02s comes in as a surprise, so let’s start with it. 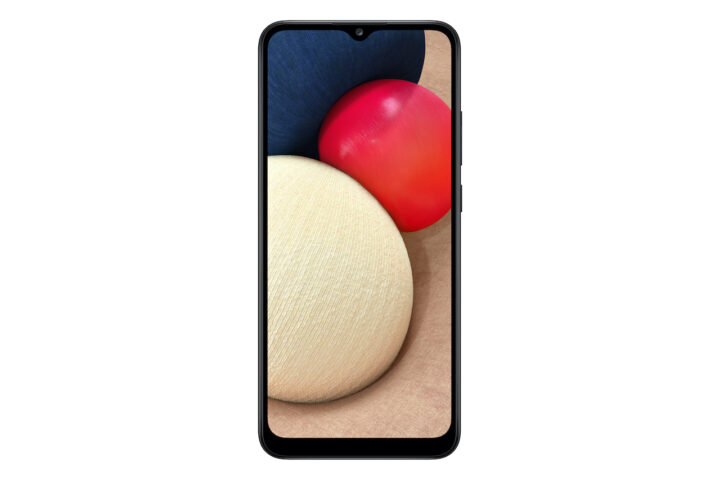 The Galaxy A02s is equipped with a 6.5-inch TFT display sporting an HD+ resolution and an Infinity-V design. The notch accommodates a 5MP selfie camera with an f/2.2 aperture, and the rear-facing camera setup comprises a 13MP main shooter, a 2MP depth sensor, and a 2MP macro sensor. 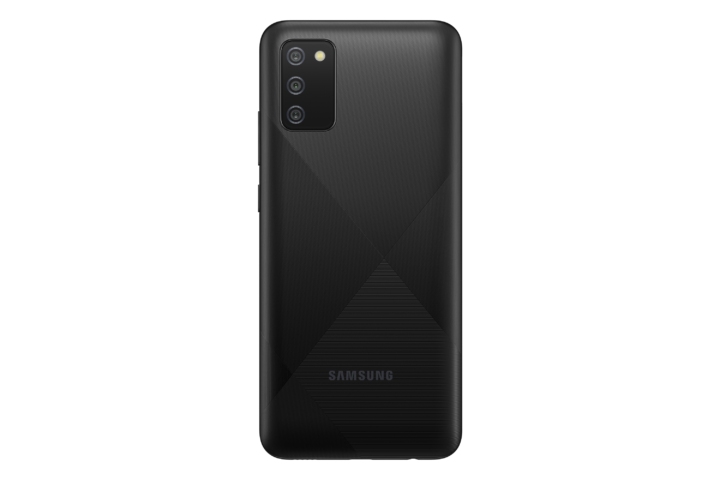 The phone is powered by an unspecified octa-core AP clocked at 1.8GHz and 3GB of RAM. Customers will only have one storage option – 32GB – but the phone has a microSD card slot capable of reading cards of up to 1TB. The components are powered by a 5,000mAh battery with 15W fast charging.

The Galaxy A02s lacks a fingerprint sensor and it will probably be one of the very few, if not the only 2021 Galaxy phone without this feature. As you’re about to find out, the Galaxy A12 employs a side-mounted solution. 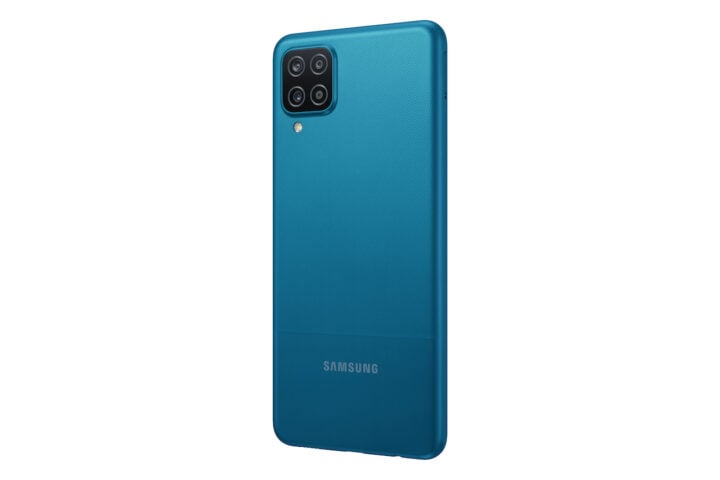 The Galaxy A12 is a budget phone in its own right even though it might be priced slightly higher than the Galaxy A02s. It has a similar 6.5-inch HD+ TFT Infinity-V display but it carries a more powerful octa-core chipset with four CPU cores clocked at 1.8GHz and the others running at 2.3GHz.

The phone also offers 4GB of RAM and two storage options: 64GB and 128GB, and a microSD card slot. The Galaxy A12 has an 8MP (f/2.0) selfie camera as well as a 48MP rear-facing shooter paired with a 5MP ultra-wide camera and 2MP macro and depth sensors.

Like the Galaxy A02s, the Galaxy A12 is also powered by a 5,000mAh battery with 15W fast charging. But unlike the lower-priced model, the Galaxy A12 benefits from the Knox security platform and a side-mounted fingerprint scanner.

When will the Galaxy A02s and A12 hit the market and for how much?

The Galaxy A02s will be available from February 2021 in two color options, black and white, for 150 EUR. However, it will not be the first to hit the market next year.

Samsung plans to release the Galaxy A12 in Europe in January 2021. The 64GB model will cost 179 EUR while the 128GB variant will cost 199 EUR. The phone will be available in black, white, as well as blue.

Exact launch dates are presently unknown and availability will probably differ by country but regardless, the phones should hit the market around the same time as the Galaxy S21 flagship series.

Update: Samsung has revealed more details pertaining to both models. According to the final product spec sheet, the Galaxy A12 will be released with 3GB / 4GB / 6GB of RAM and 32GB / 64GB / 128GB of storage. The Galaxy A02s will also probably offer more memory configurations. Both models will be available in four color options: black, blue, red, and white, although availability will likely differ by market. 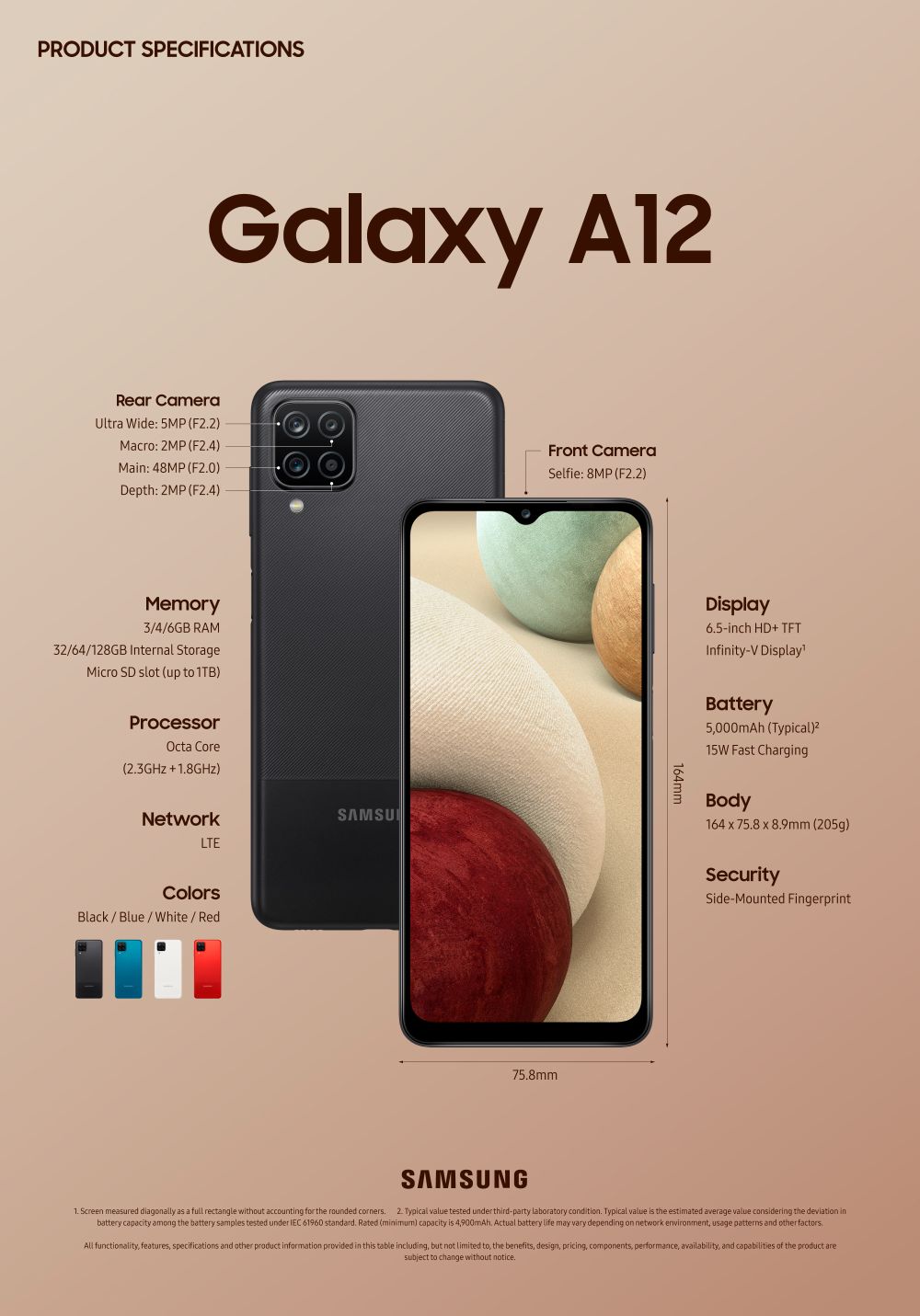 Samsung Galaxy A12 Android 12 update could be coming soon

While Samsung has released the Android 12 update to all its high-end phones and most of its mid-range phones, …

Last year, Samsung was the world’s biggest smartphone brand, and the Galaxy A12 was its best-selling dev …