Samsung’s first and only PCIe 4.0 NVMe consumer SSD is about to get better. The 980 Pro was introduced a couple of months ago in three storage configurations – 250GB, 500GB, and 1TB – but a UK-based third-party e-talier has seemingly spilled the beans on an upcoming 2TB 980 Pro variant.

The product listing includes photos of the 1TB model but the device description mentions 2TB of storage. Read and write speeds are TBA but they might be similar to the existing 980 Pro variants. For reference, the existing models can deliver read/write speeds of up to 7,000MB/s and 5,000MB/s, respectively.

The e-tailer is giving customers the option of pre-ordering the 2TB 980 Pro for the price of £443. Samsung hasn’t mentioned anything about the 2TB 980 Pro SSD solution but according to the e-tailer, pre-order customers should be getting the product shipped to their mailboxes beginning January 14.

Samsung will likely acknowledge the 2TB 980 Pro SSD officially until then, assuming of course that the e-tailer has the right information and the 2TB variant will be released in the coming weeks. If so then we can safely assume that the 2TB 980 Pro won’t be limited to the UK and it will reach other markets around the same time. 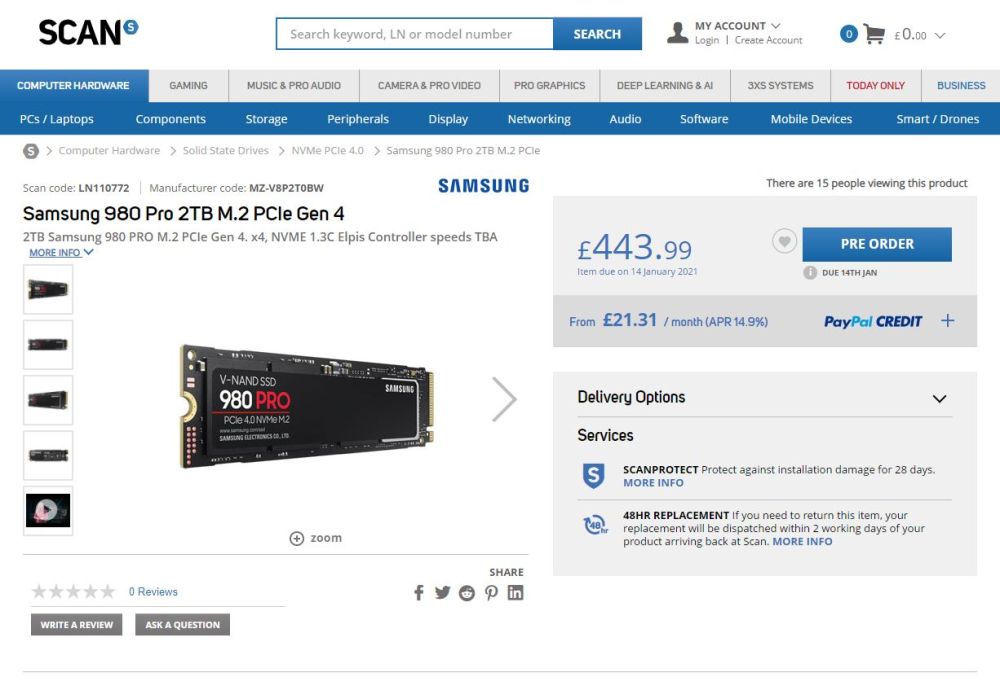