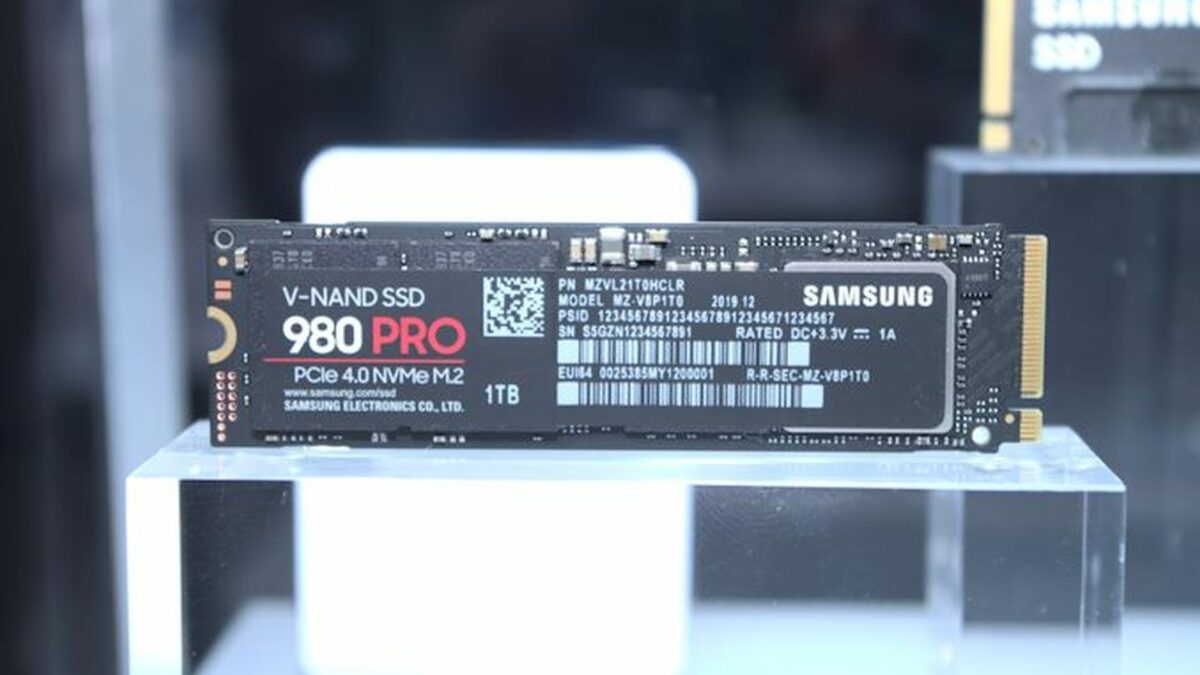 After unveiling its first consumer-grade PCIe 4.0 NVMe SSD at CES 2020 eight months ago, Samsung is finally launching it. Three storage variants of the 980 Pro SSD is now listed on Samsung Singapore’s website. It is available in 250GB, 500GB, and 1TB versions. The new SSDs were approved by the NRRA two months ago.

The 980 Pro SSD promises sequential read speeds of up to 7,000MB/s and sequential write speeds of up to 5,000MB/s. However, it should be noted that a computer is required to feature a PCIe 4.0 slot to achieve those read and write speeds. Currently, only PCs using AMD’s Ryzen 3000 series CPUs with X570 chipset motherboard feature PCIe 4.0 slots. Intel is expected to launch its 11th Gen. Core processors later this year with PCIe 4.0 compatibility.

Samsung is using the Elpsis controller in its 980 Pro SSDs and supports random read/write IOPS of up to 1,000K. These devices also feature 1GB of LPDDR4 RAM for cache and 3D TLC NAND memory. With its new SSDs, the company will abandon its MLC memory that was used in its 970 EVO SSD devices.

With the help of the PCIe 4.0 standard, the company has been able to double the read and write performance compared to its previous-generation SSDs. That’s truly a generational leap forward. The South Korean firm has not announced the prices for its 980 Pro SSDs yet. However, the storage devices are expected to go on sale in various markets around the world shortly. 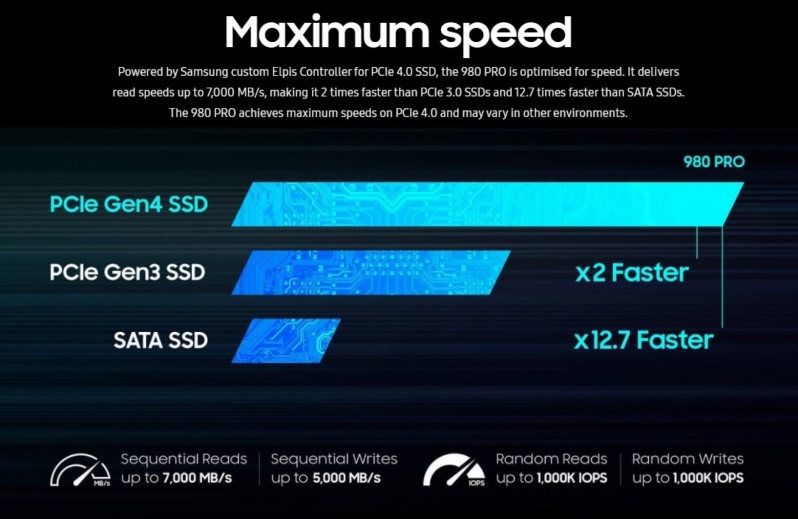 Daily Deal: Samsung’s 1TB 980 Pro PCIe SSD is back at its lowest price

Samsung is the world’s leading supplier of SSDs and its 980 Pro series offers some of the best SSDs money can buy. You can get a lot more bang for your buck today if you take advantage of this daily deal. The 980 Pro PCIe SSD delivers astonishingly fast speeds of up to 7,000 MB/s […]

Samsung has new limited-time discounts on a couple of NVM M.2 SSD models in the United States (and possibly other markets), including the 970 EVO Plus and the 980 PRO, with or without a heatsink. Starting with the older and cheaper model, i.e., the 970 EVO Plus, the new deal cuts the price of the […]