The app apparently suffered from crashes and connectivity issues, rendering some Gear wearables unreliable and in some cases completely unusable. Samsung was made aware of these problems with countless reviews on Google Play Store, and the company assured these would be fixed by the time the final build of Android 9.0 is out.

Samsung is looking into the complaints

After months of beta testing, Google finally released the stable version of Android 9.0 last week, but it appears Samsung hasn’t addressed the Gear app compatibility issues yet. While it is not clear how widespread and serious these issues are, many users are still complaining about them on the company forums, Reddit, Twitter, and the Google Play Store. On its part, Samsung says it is looking into it these complaints but is not offering any details about when and if a fix will arrive.

It is understandable the Gear app didn’t play nice with the Android P beta. But for Samsung to not iron out the issues before the stable version rolls out to the general public is unacceptable since the company sells its wearables as compatible with non-Samsung devices as well. Users have been complaining about these bugs since the arrival of the first Developer Preview, so Samsung had ample time to take care of them.

Now that Android 9.0 is out for the general public, many Gear smartwatch users may be updating their smartphones to the latest Android version without anticipating any Gear app compatibility issues. If the reported issues are indeed widespread, we can expect more noise in the coming days from disgruntled users.

If you regularly use a Gear smartwatch, it is better to hold off updating your Google pixel or other Pie-supported phones until Samsung fixes or offers a solution for these compatibility problems.

Update: Samsung pushed out an update to the Gear app which seems to have fixed the issues. The latest update v2.2.21.18080361 also adds support for the recently-announced Galaxy Watch and renames the app to Galaxy Wearable. If you haven’t received the update yet, you can grab the APK from here. Do let us if the update resolved all the issues for you. 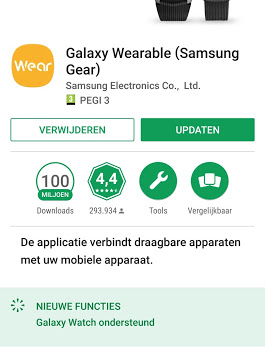 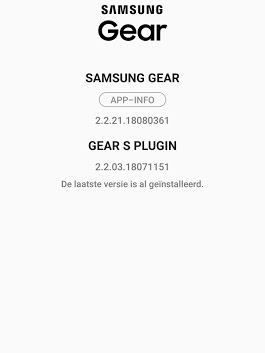