After publishing India-specific reports, Counterpoint Research has now released the global smartphone shipment data for Q2 2018. Samsung’s performance in India was a mixed bag as the company regained lost ground in market share but lost to OnePlus in the premium segment. The company’s performance globally was nothing to boast about either.

According to Counterpoint Research, the global smartphone market declined 2% YoY to 360 million shipments. Samsung held on to the top spot even though its smartphone shipments dropped 11% annually to 71.6 million units. This brought down Samsung’s global market share from 22% last year to 20% in Q2 2018. The company’s poor performance is once again linked to the weak demand for the Galaxy S9 series. Samsung also failed to improve its Average Selling Price (ASP), while all other brands in the top five saw an increase in their ASP. 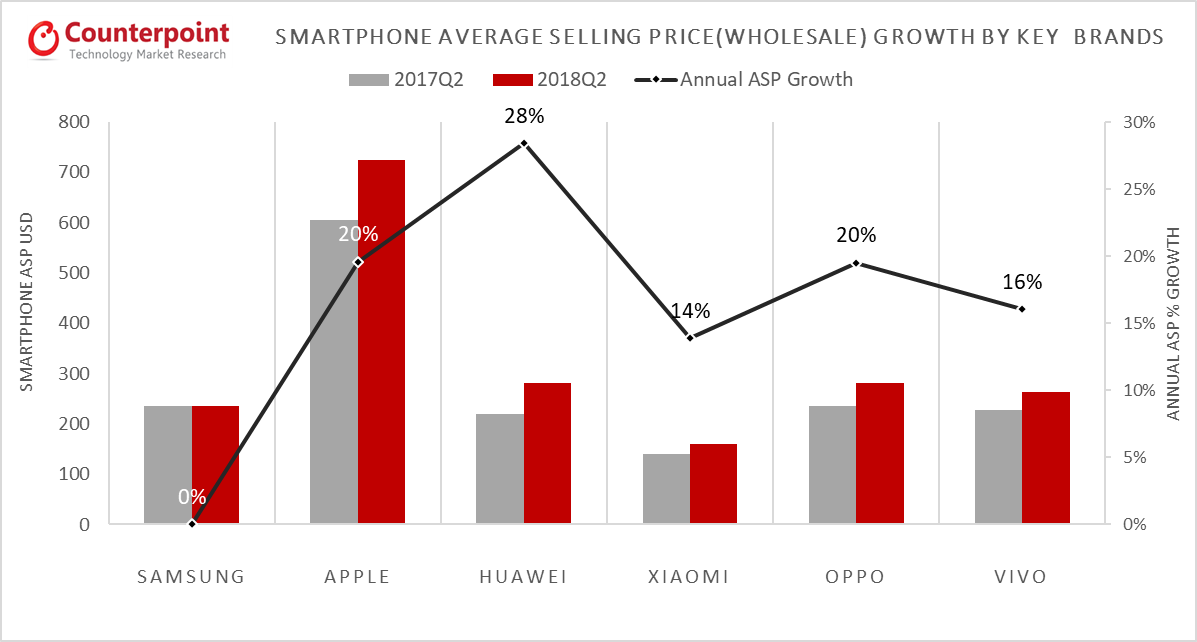 Huawei replaced Apple as the second largest vendor by shipping 54.2 million units and garnering 15% market share. Apple saw a modest 1% increase in shipments to 41.3 million and settled for the same 11% market share it held last year. Xiaomi and Oppo secured the next two spots with 33 million and 29.6 million shipments, respectively.

Among the top five vendors, Xiaomi grew the fastest at 43%, followed by Huawei at 41%. Indicating market consolidation, the top ten vendors accounted for 79% of the market share, leaving 600+ brands to fight for the remaining 21% share.

The report attributes the decline in global shipments to the lengthening replacement cycles and the resultant weak demand in developed markets. Even in Q1 2018, the global smartphone shipments declined 3% annually to 360 million units. 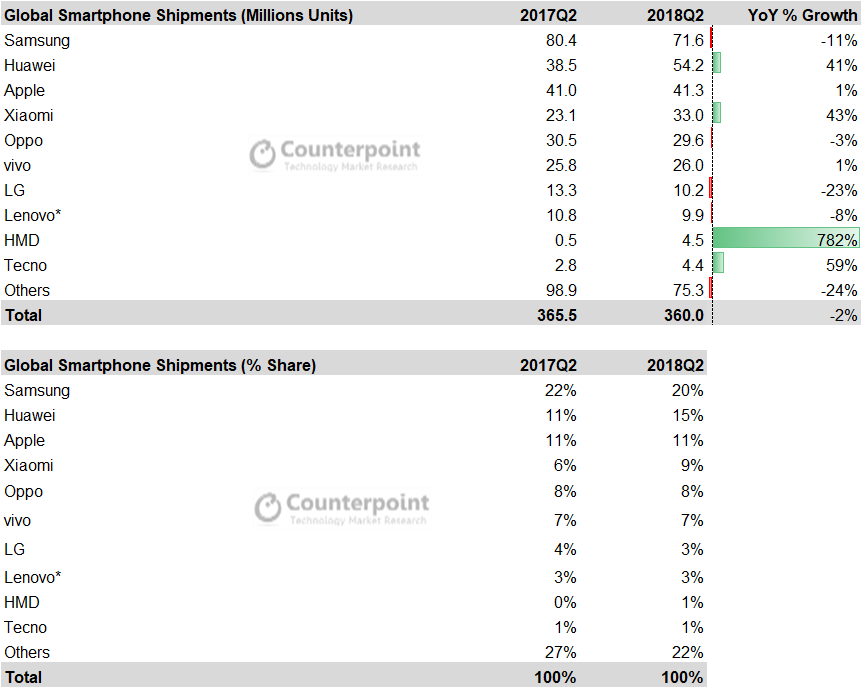