Samsung was the top global smartphone vendor in Q1 2018

Samsung shipped 78 million smartphones globally in Q1 2018, down from 80 million units it shipped in Q1 2017. In spite of the 3% decline in YoY shipments, Samsung was still the largest vendor in the quarter. Since the global smartphone market itself declined 3% annually in Q1, Samsung posted a minuscule improvement in market share from 21.6% in Q1 2017 to 21.7% in Q1 2018. Also, the launch of the Galaxy S9 and S9+ in Q1 helped Samsung to increase its shipments by 5% sequentially.

Apple came in second by shipping 52.2 million units in the quarter, resulting in a 3% YoY growth. Huawei, Xiaomi, and Oppo occupied the next three positions respectively. Among the top five vendors, only Samsung and Oppo sold fewer phones than what they did during the same time last year. Driven by its stellar performance in India and other emerging markets, Xiaomi made the most gains in the top five by registering an impressive 101% increase in shipments. 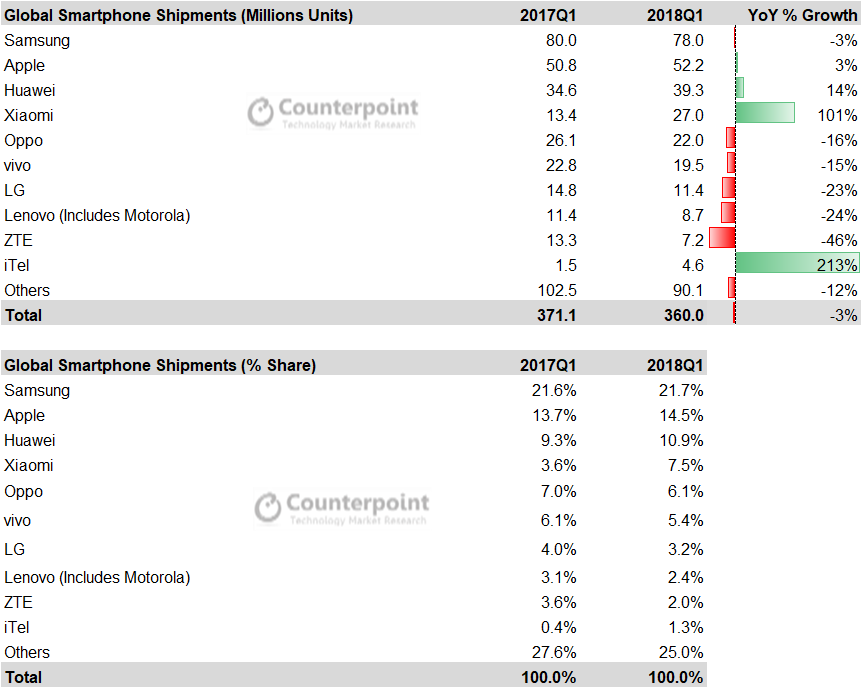