Samsung Galaxy J3’s release might not be too far because the device was just spotted on GFXBench and Zauba under the model number SM-J320 and it seems to be different than the SM-J3109 which we spotted previously in that it doesn’t feature LTE. It’s interesting to see the Galaxy J3 being spotted so early considering that its predecessor’s launch wasn’t too long ago. SM-J320 has a bigger screen than the Galaxy J2 (5-inch as opposed to 4.7-inch).

This device is a certain improvement over its predecessor and seeing it listed on Zauba and GFXBench means that it will be outed soon, and it could be available in two different variants. When do you think we will see this device? 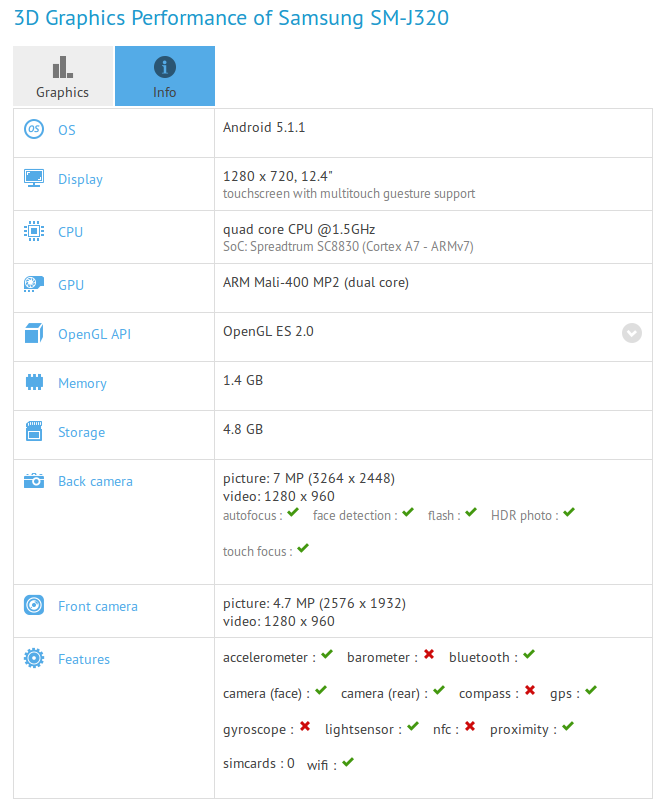