The Gear S2 is Samsung’s first round smartwatch and it has certainly excited the wearable device industry, the smartwatch touts good hardware and an impressive suite of features which as Samsung points out is complimented by “timeless partners” that provide apps and services to maximize usability and functionality. Samsung emphasized the importance of having great partners pretty early on, it even released the Gear S2’s Software Development Kit before the product was announced.

Joohyung Jeong of Samsung’s Product Planning Team of IT & Mobile Communications Business division said: “We made sure to put in as much time as needed to optimize the applications for the new circular design and UX.” Samsung aided its partners by providing all design resources that they needed given that the new device’s shape requires all apps to be redesigned. The end result is that there are hundreds of apps available for the Gear S2 already but today Samsung is highlighting eight of the most popular. These include Nike+ Running, Twitter Trends, Line messenger, Yelp for Gear, Volkswagen, SmartThings for IoT-enabled smart devices, Kevo by Unikey and Voxer. 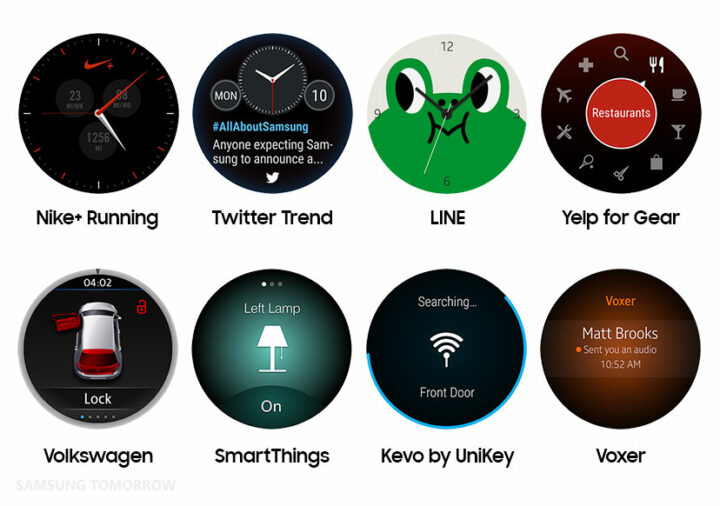