Looks like Samsung is upgrading all its current-generation smartphones and tablets with 64-bit processors in 2015 to make full use of Android 5.0 Lollipop. An upgraded variant of the Galaxy Tab 4 8.0 has surfaced on GFXBench with a model number SM-T333, which is equipped with a 64-bit Snapdragon 410 SoC. It is the same processor, which is used in the Galaxy A series and Galaxy E series smartphones, with a 64-bit quad-core Cortex A53 CPU and an Adreno 306 GPU. The rest of the specifications of SM-T333 tablet remain similar to the 32-bit processor variant of the Galaxy Tab 4 8.0, be it an 8-inch HD display, 1.5GB RAM, 16GB storage, 3.15-megapixel camera with HD video recording, or Android 4.4.4 KitKat operating system. 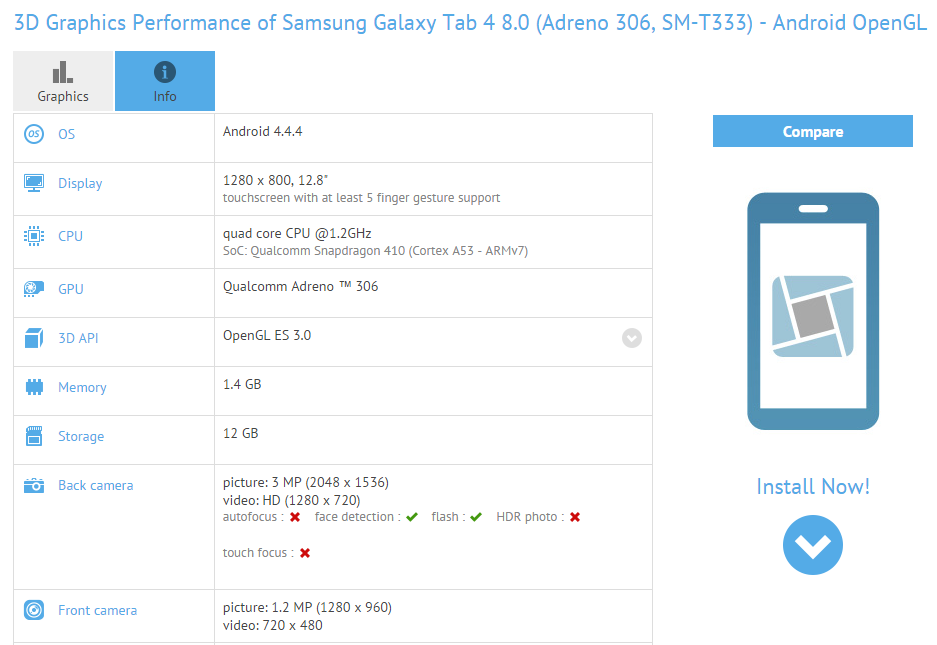 Update: It seems that Samsung is working on another new tablet, the SM-T533, which has received certification from Bluetooth SIG. It appears to be a 10.1-inch tablet, and we think that it might sport a 64-bit Snapdragon 410 processor, similar to the SM-T333. This is possibly the 64-bit variant of the Galaxy Tab 4 10.1, suggesting we will see 64-bit variants of the entire Galaxy Tab 4 lineup in the near future. 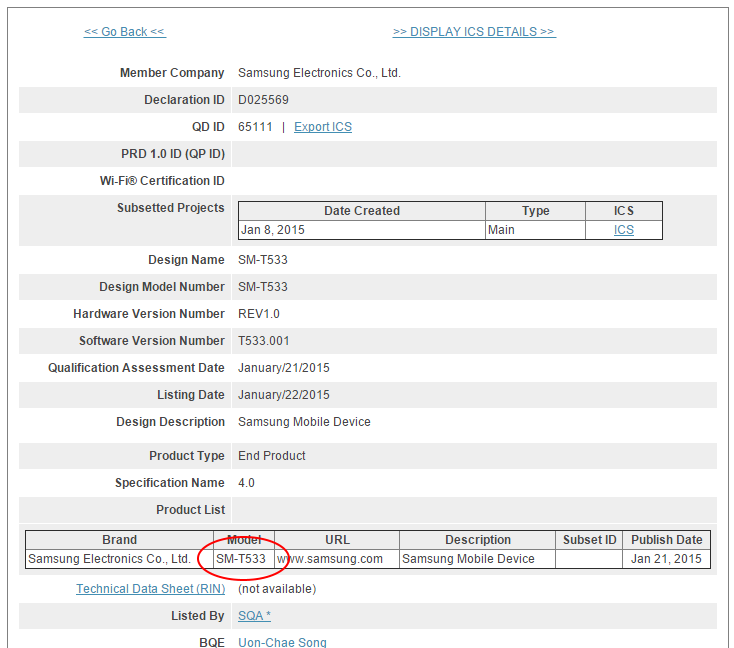 If you happen to own the Galaxy Tab 4 8.0 on AT&T then you have a good reason to keep checking your notifications because the carrier has released the much awaited Android 5.1.1 update for this tablet. AT&T is rolling out the update right now but it could take a while before it’s available across […]

Android 5.1.1 seems to be rolling out in force to various Samsung devices today. The update came to the Galaxy S6 and Galaxy S6 edge in India earlier today, and it is now making its way to the Wi-Fi variant of the Galaxy Tab 4 8.0 over in South Korea. The Tab 4 8.0 isn’t getting […]

T-Mobile is updating three Samsung devices that it offers to consumers all at the same time, with the Galaxy S4, Galaxy Avant, and the Galaxy Tab 4 8.0 LTE starting to receive minor updates over the air. The Galaxy S4 and Galaxy Avant updates carry a single, common feature: support for the Chinese language, and […]

The Galaxy S5 brought along quite an important feature to Samsung’s already feature-packed TouchWiz UX in the form of Kids Mode, which allows users to hand out their devices to their little ones after limiting what they can access. Kids Mode later made its feature to other Samsung devices, including the Galaxy Tab 4 tablets, but […]