Over the weekend, images allegedly showing the metal frame of the Galaxy S6 showed up on the internet. These leaked images have gotten a lot of coverage as it comes from the usually trustworthy French website Nowhere Else; we here at SamMobile make it a point to verify all such leaks before publishing about them, and as we found out from one of our sources, the metal frame seen in the pictures is actually from an early prototype of the Galaxy A5. Samsung has been really stringent in preventing its upcoming flagships from leaking in the flesh in basically any form, so it shouldn’t come as a surprise that the latest leak allegedly showing the Galaxy S6 isn’t at all accurate.

Samsung is working on redesigning the Galaxy S6 from scratch as part of its Project Zero initiative, which means you can look forward to the company’s next major flagship to not look too similar to existing devices in the Galaxy S series. Samsung is expected to show off two variants of the S6 behind closed doors at CES, and we are pretty sure we won’t be getting a single glimpse of what are likely to be not-so-final prototypes of the device. 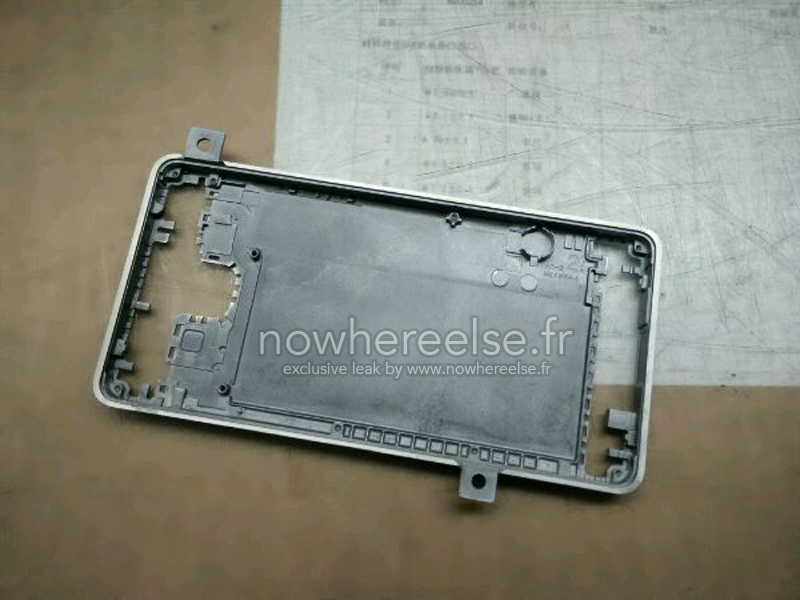