The Galaxy Note 4 which was revealed earlier this month during IFA 2014, has already been reviewed by Korean website, PlayWare. In the review, the Exynos version of the Galaxy Note 4 (SM-N910) has been tested rigorously and put through some varied variety of tests such as peak display brightness calibration, Wi-Fi and screen-on time, video playback, and 3D gaming. According to its battery life tests, the Galaxy Note 4 has managed to outlast its competitors such as the LG G3 and the Apple iPhone 5S. To keep all the devices at a level playing field, their display brightness were set to 230 nits during the tests.

According to the numbers published by the Korean site, the Galaxy Note 4 lasted 8 hours and 30 minutes when displaying pure white image. This is a great feat considering the fact that AMOLED displays consume a lot more energy when compared to conventional LCD displays while displaying white images. In the video playback tests, the Galaxy Note 4 managed to last over 12 hours and during 3D gaming while it lasted for just 3 hours and 30 minutes. The Galaxy Note 4 turned out to be one of the longest lasting smartphones in these battery life and energy efficiency tests.

You should note that the Exynos version of the Galaxy Note 4 will be available in selected markets. Samsung is expected to sell the Snapdragon 805 variant of the device to most of the consumers worldwide, especially in the North American and European markets. We are waiting eagerly to see how the Snapdragon variant of the Galaxy Note 4 performs in its battery life tests. 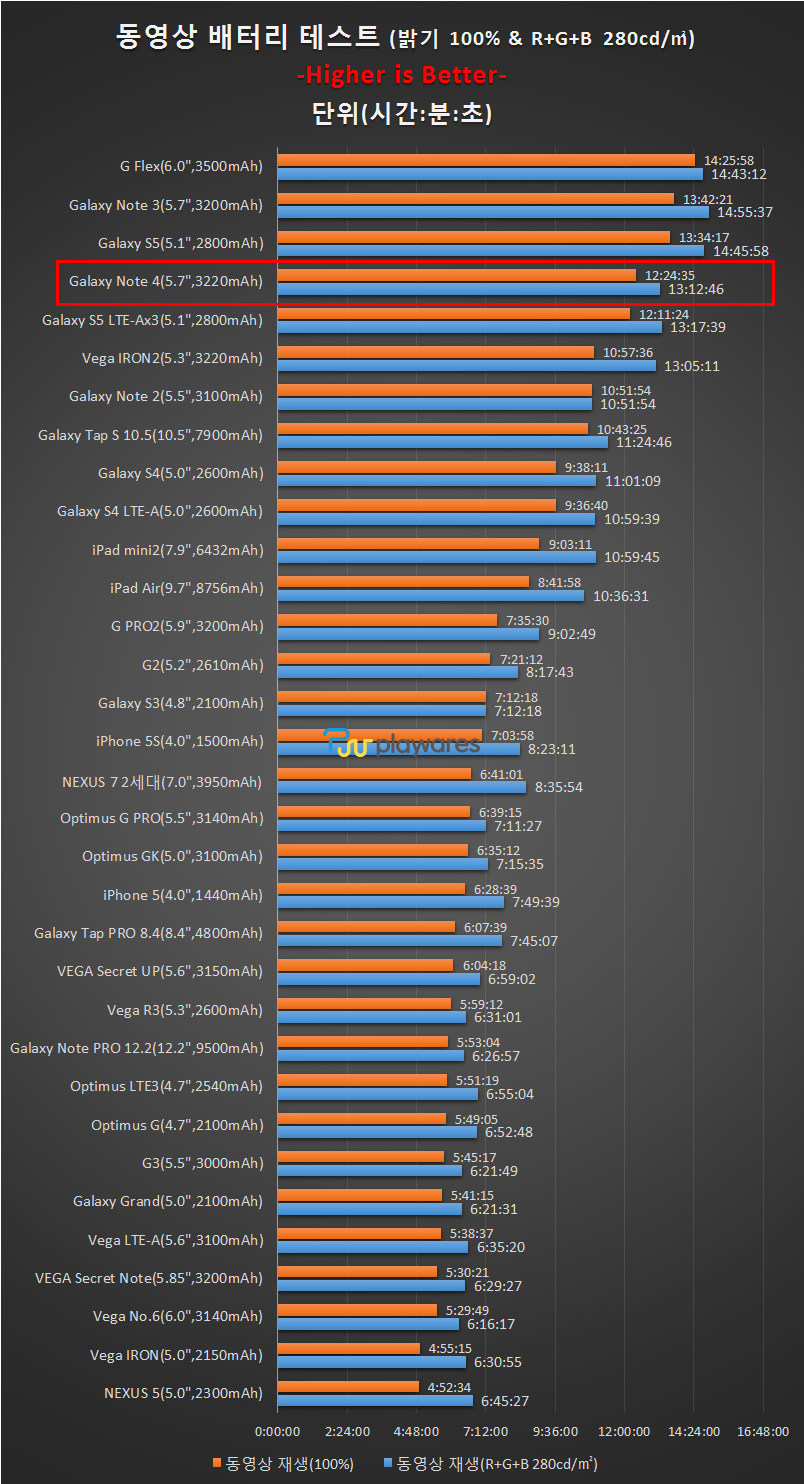 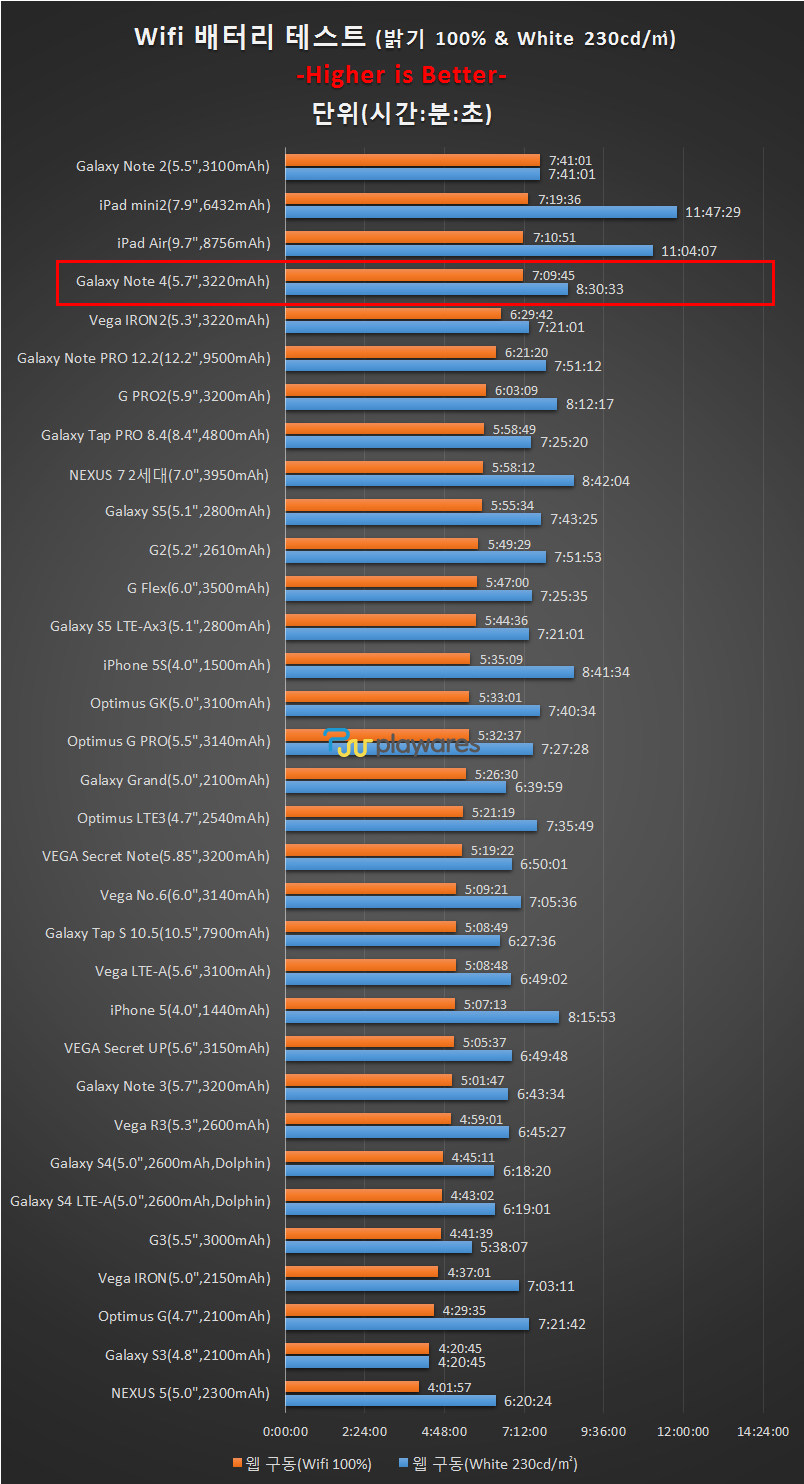 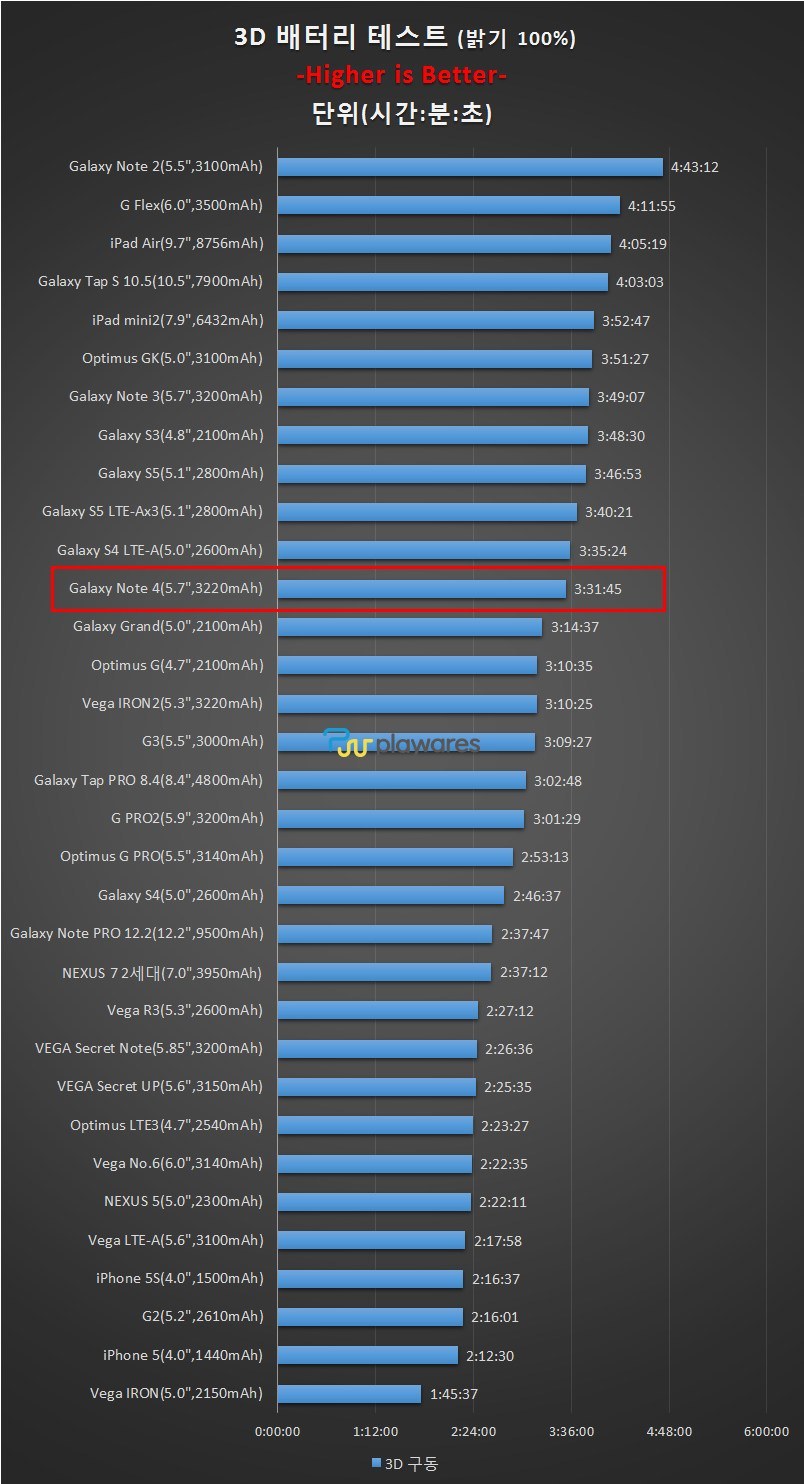