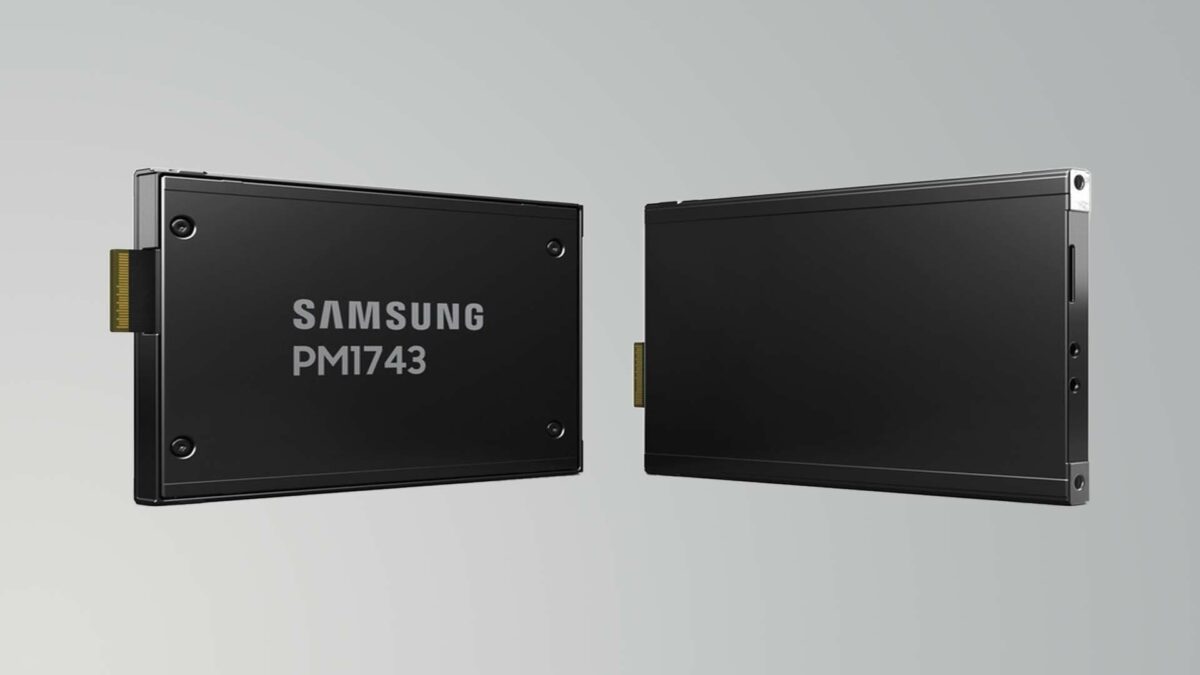 A few days ago, Samsung unveiled its first PCIe 5.0 SSD, the PM1743. The company had claimed that it could reach up to 13,000MB/s sequential read speeds. The South Korean firm tied up with Intel to break its own speed records and demoed the performance benchmarks on video.

The company’s enterprise-grade PM1743 SSD was hooked up to a PC using Intel’s 12th Gen. Core i9 12900K CPU, an ASUS Z960 motherboard, and an EVGA RTX 3080 GPU. Since it’s not a consumer-grade SSD, the PM1743 was attached to the motherboard using a PCIe 5.0 interposer card. In the benchmark test, the brand new SSD achieved sequential read speeds of 13,829.37MB/s. That’s almost double the data transfer speeds compared to most PCIe 4.0 SSDs.

Intel’s Chief Performance Strategist Ryan Shrout also showed two Samsung PM1743 SSDs running in RAID 0 to achieve sequential read speeds of 28,000MB/s. However, Intel had to remove the GPU to accomplish this feat since there was a limitation on the number of PCIe lanes.

Samsung’s PM1743 SSD will be available for enterprise systems in capacities ranging from 1.92TB to 15.36TB in 2.5-inch and 3-inch form factors.

Consumer-grade PCIe 5.0 SSDs could be available sometime next year, and Intel’s 12th Gen CPUs are already compatible with those. AMD’s 5000 series CPUs don’t support the PCIe 5.0 standard yet, but the company is expected to announce its new-generation CPUs in 2022 that might bring support for the PCIe 5.0 standard.

A few asked why we didn't show both of the PCIe 5.0 drives running at the same time. Fine @IanCutress here you go. Addressing them independently in IOmeter for a combined bandwidth over 28 GB/s!! https://t.co/107wlJ4wit pic.twitter.com/c8fecGkxli