Is this Samsung’s next dual-foldable device that we’ve been waiting for? 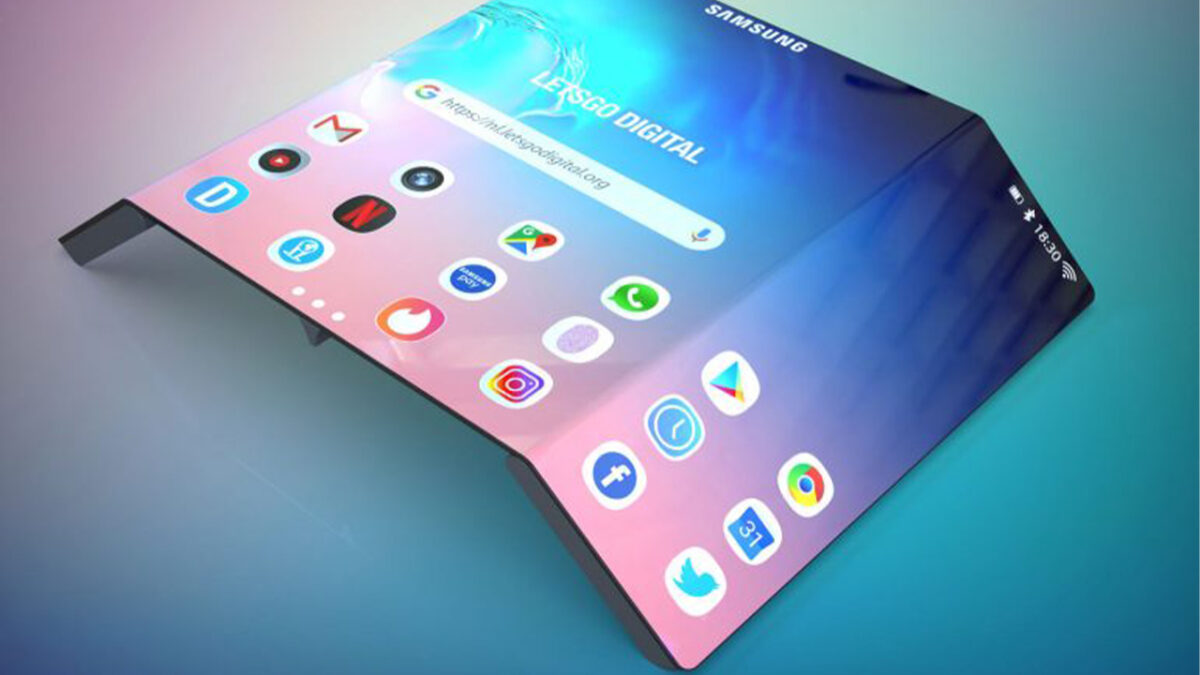 There have been various rumors over the past few months claiming that Samsung is working on a device that can fold inwards and outwards. Another report had claimed that the company could launch it as the Galaxy Z Fold Tab. Now, the first credible information about the existence of such as device has come to light.

A new patent from Samsung has been published that shows a “multi-foldable device” that can fold inwards and outwards. Patent experts at LetsGoDigital have created renders based on the diagrams included in Samsung’s 52-page patent document. Going by those images, the company seems to be working on a foldable smartphone with three screens and two hinges. When it is fully opened, the device has a giant screen with a dual-punch-hole cutout for the selfie camera. This screen appears as big as a tablet’s screen, and the device even features an S Pen. 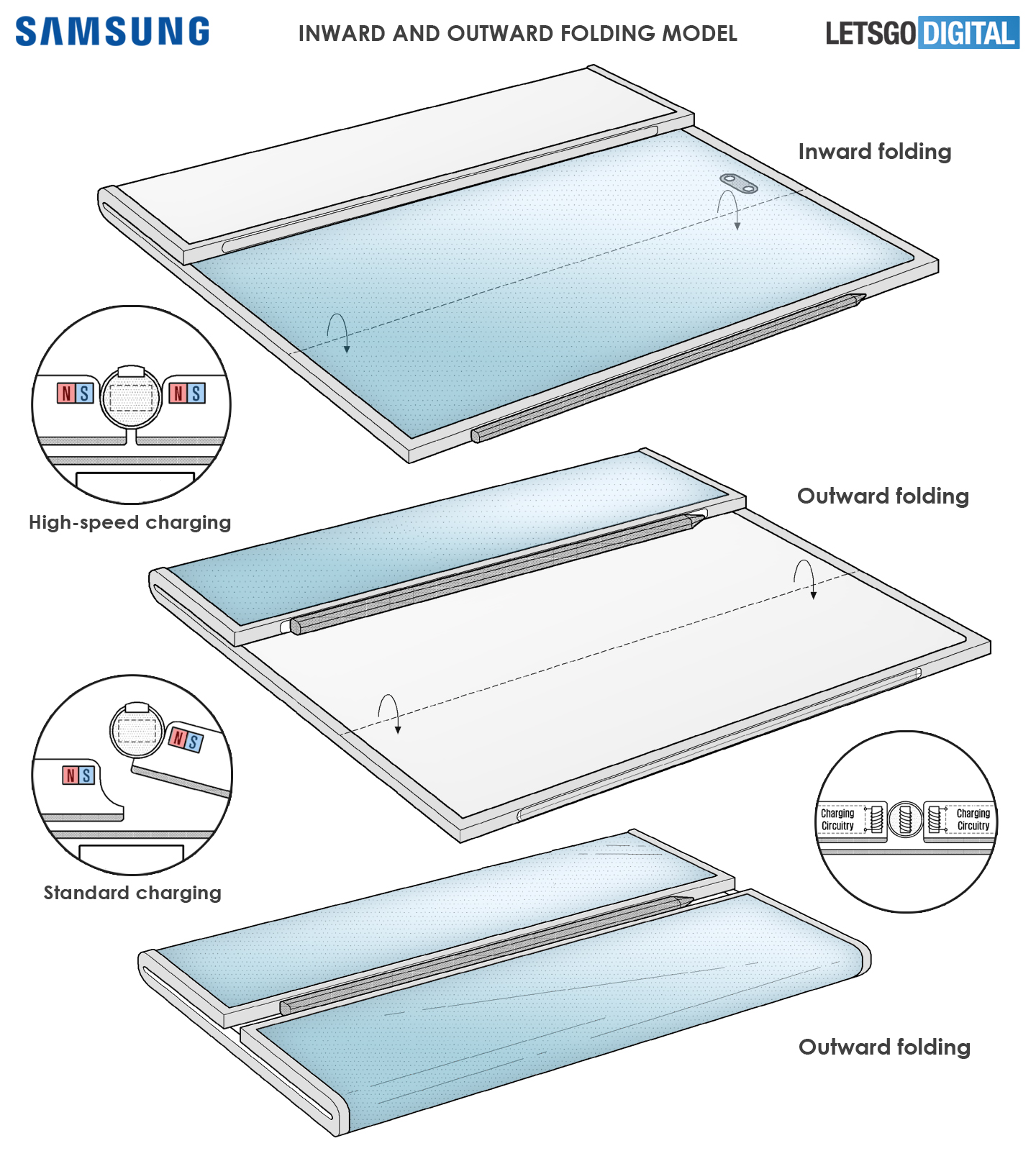 When the left and right portions of the device are folded inwards, the two screens join to form a smaller display. The S Pen can either be magnetically attached to one of its sides for charging or stored in the recess created by the two smaller screens for faster charging. Folding the two portions of the device outwards turns it into a phone with a full-screen display on the front and two displays at the rear. When fully opened, the device has a dual-camera setup at the rear, including an LED flash.

While outward folding displays are at the risk of getting damaged more easily, Samsung could be working on stronger protection for the display. It is certainly a good thing to know that the company is working on a dual-foldable device that can truly transform into a large-screen tablet. Such a device could open up a lot of possibilities in terms of usability and productivity. However, it could take a couple of years before we actually see Samsung launching such a device. 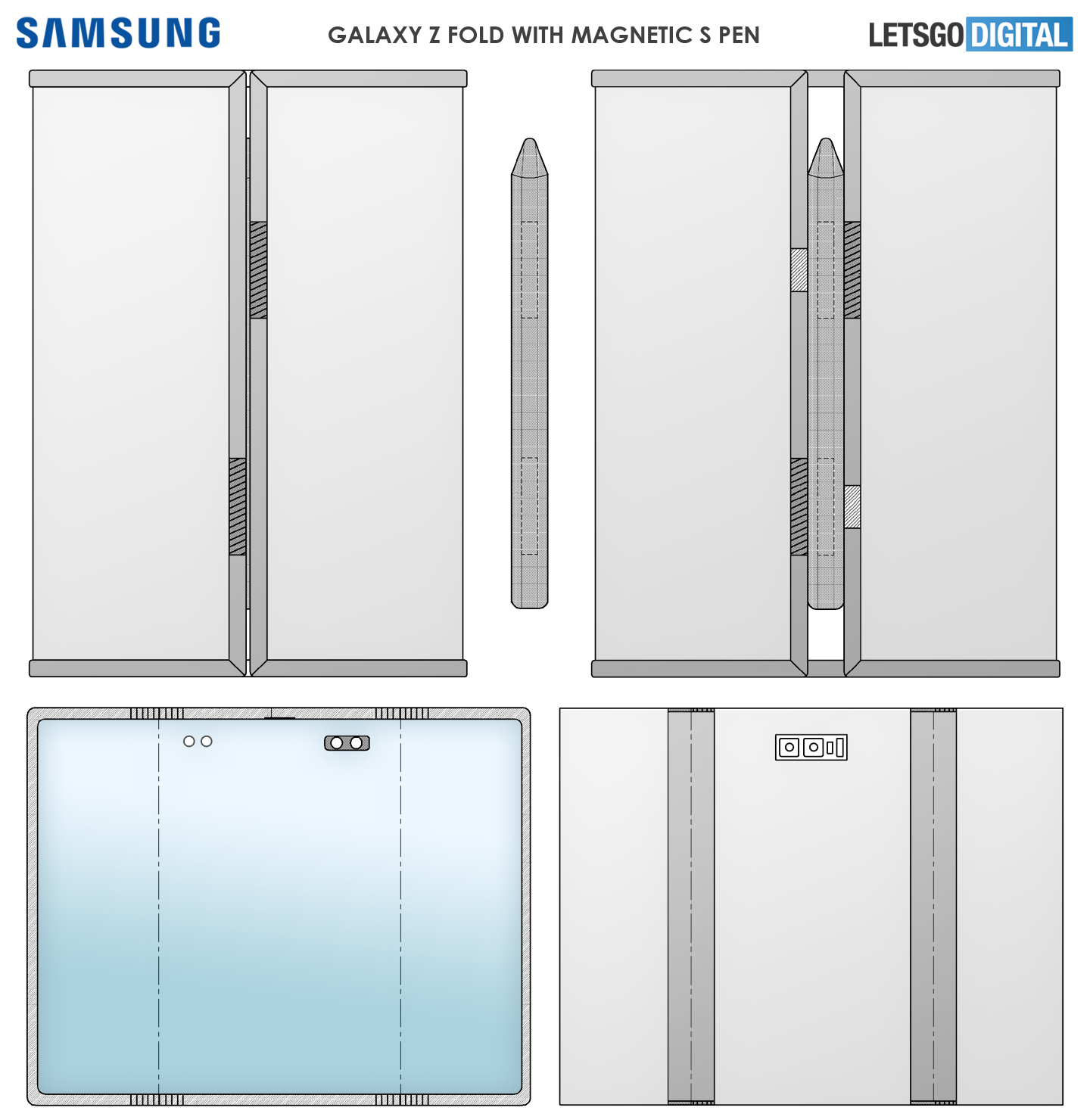 You can look at the original diagrams from Samsung’s patent documentation in the image gallery below. Would you buy such a dual-foldable tablet from Samsung? Let us know your thoughts in the comments section below.

As if foldable smartphones haven’t been catching on quickly enough, Samsung’s now said to be plann …