The Galaxy SmartTag+ is priced at KRW 39,600 (around $35) in South Korea, and it will be available in two colors: Black and Denim Blue. The object tracker can be purchased via 11Street, Coupang, G Market, Naver Smart Home, and Samsung’s online and offline stores.

Samsung’s high-end object tracker is small and can be tied to an object via its lanyard port or stuck via a sticker. It features a loud ringer, a multi-function button, and a removable battery. It is IP53 certified for dust and water splash resistance. Apart from Bluetooth 5.0 LE, the Galaxy SmartTag+ also features UWB (Ultra-Wideband) for greater accuracy while finding the device. The Galaxy SmartTag+ is only compatible with Galaxy smartphones and tablets, and it works with SmartThings.

Using the SmartThings Find service, you can find the SmartTag+ easily via the AR mode. Customers can also opt to let other Galaxy users find their SmartTag+ if the tracker isn’t in the range of their smartphone. The data in SmartThings Find is completely encrypted, so only you can see its location. The button on the device can be used to control smart home products. 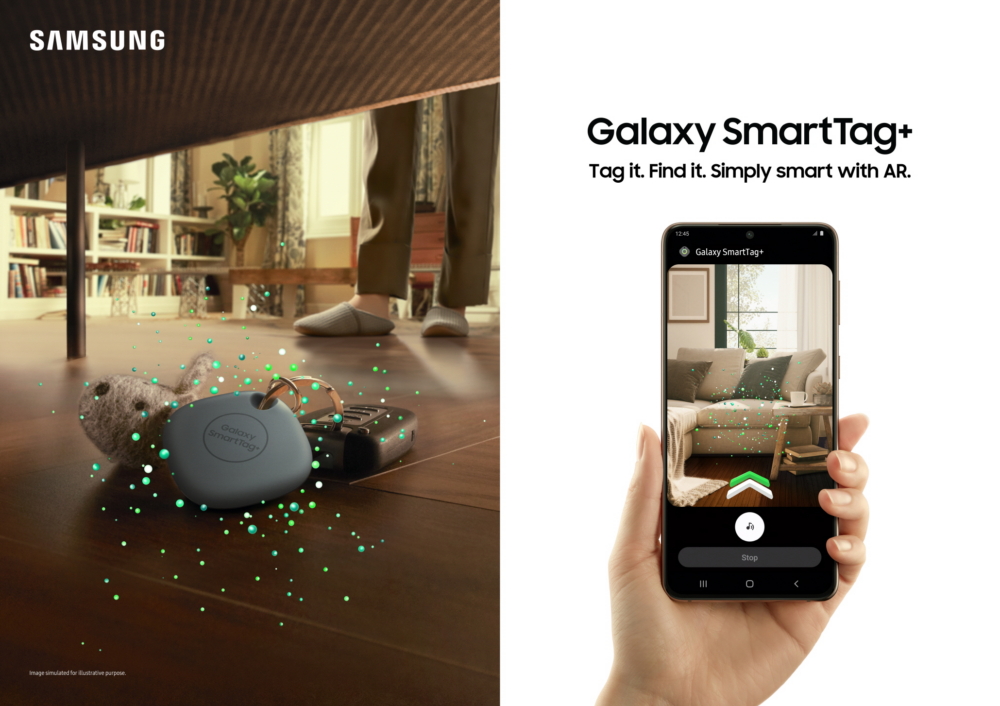