For a device that commanded as high a premium as the Galaxy Fold did, it was mindboggling to see that it was way down on Samsung’s priority list for the Android 10 update. Yes, Samsung’s $2,000 smartphone still awaits the update to the latest iteration of Android.

The company is finally making things right by rolling out the first Galaxy Fold Android 10 update. The firmware is rolling out in France for the 4G variant of the device. So it should be out soon in other markets. The 5G variant will ostensibly get it in the coming days as well.

Samsung has released firmware version F900FXXU3BTCD for the 4G Galaxy Fold in France. The update brings Android 10 as well as the March 2020 security patch. The firmware is currently rolling out over-the-air and it’s also available for download from our firmware section.

It brings all of the features that are part and parcel of Android 10. One UI 2.1 is also on board and it brings its own set of new features that we have covered in great detail in our One UI 2.0 feature focus series.

One can only hope that the Galaxy Fold Android 10 update rollout is going to be wrapped up fairly quickly. Users in other markets should expect to get the OTA update in the near future. Since our team only has the 5G variants, we’re hoping that it won’t be too long before Samsung releases the firmware that we can actually use on our Galaxy Fold units. 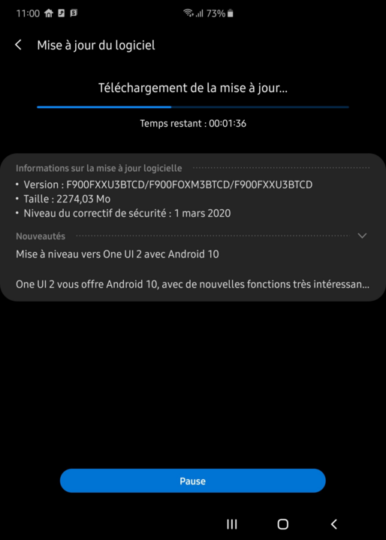 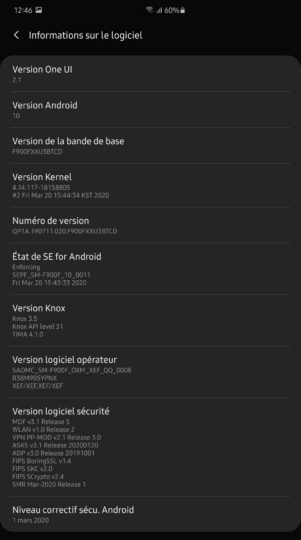 Thanks for the screenshot, @pphilippe21!