Samsung brings latest One UI 4.1.1 and One UI Watch 4.5 to older devices 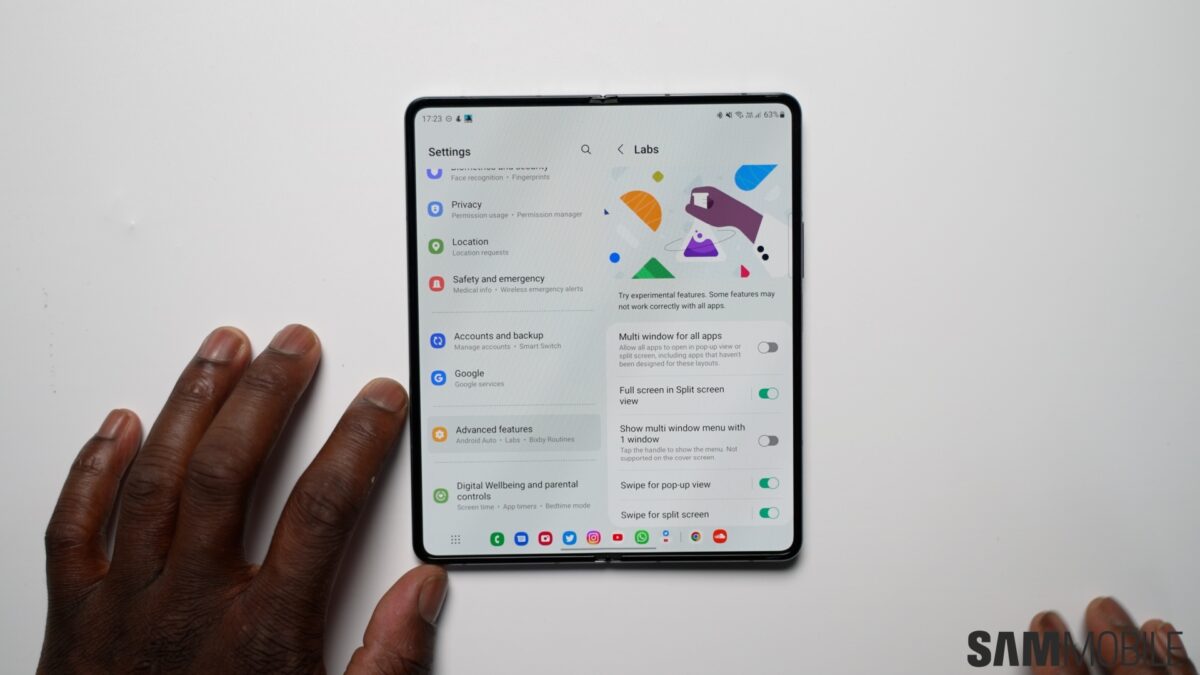 Samsung launched a handful of new products last week. The Galaxy Z Fold 4, Galaxy Z Flip 4 and the Galaxy Watch 5 series all brought new features. It was only a matter of time before some of those features made their way to older models.

Introduced with the Galaxy Z Fold 4, Taskbar is a One UI 4.1.1 feature that brings a PC-like multi-tasking experience to the device. It lets users switch between apps quickly. Other One UI 4.1.1 features include the ability to open multi-window from anywhere and new gestures for multi-tasking. Dual Preview was also introduced with the Galaxy Z Fold 4. It displays the image preview on both the main and the cover display.

Older Galaxy Z Flip models get the upgraded Quick Shot feature that new lets you preview and take photos in their original ratio on the cover screen. All of the new improvements that let you make the most of the cover display on the Flip are included as well.

These features will be made available to the devices through software updates. The first update will roll out for the Galaxy Z Fold 3 and Galaxy Z Flip 3 starting today and will gradually be available worldwide.

Update: the Galaxy Watch 4 is now getting One UI 4.5 in more countries, including Slovenia and Canada.