Samsung was biggest tablet brand in Europe, Middle East, and Africa in Q4 2020 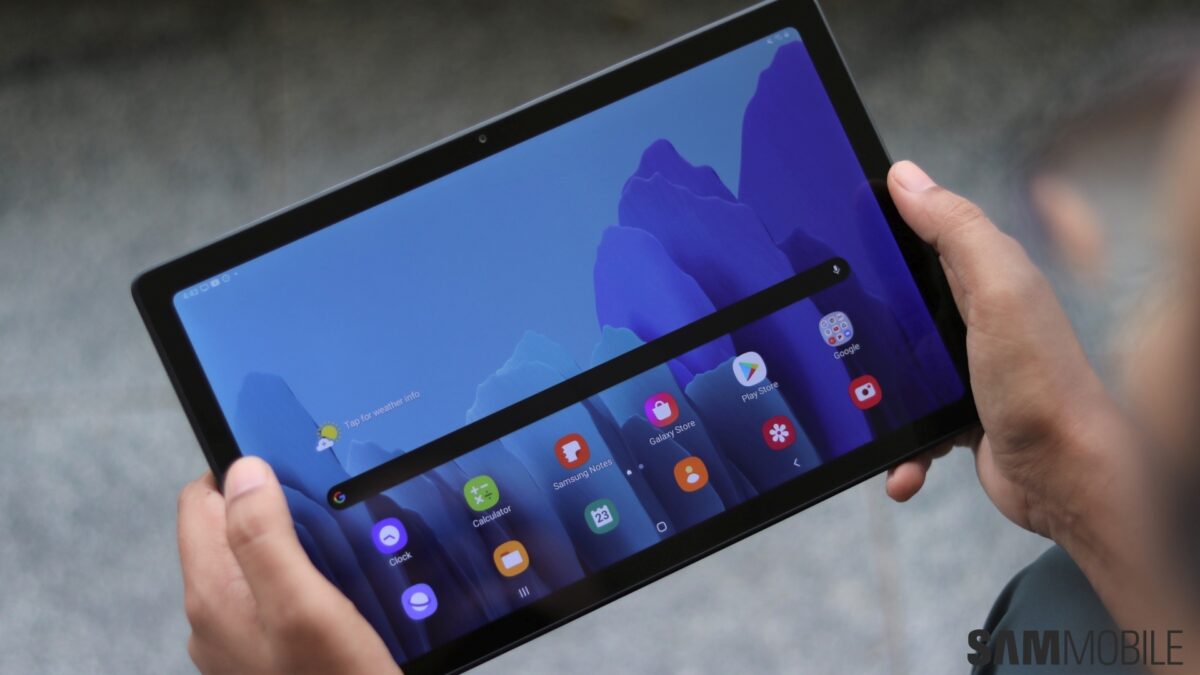 Samsung is the only brand in the world that has a compelling Android tablet lineup. No wonder it was the second-biggest tablet brand globally in Q4 2020 and full-year 2020. Now, numbers for the EMEA (Europe, Middle East, and Africa) region are out, and Samsung is in the number one position in the tablet segment.

According to the latest data from market research firm IDC, Samsung was the biggest tablet in the EMEA region in Q4 2020 with a 28.1% share of the market. The South Korean firm shipped more than 4 million tablets during the quarter, showcasing a 26.4% year-on-year growth. In Q4 2019, the company had shipped 3.2 million tablets. Apple, which is the top tablet vendor globally, is second in the EMEA region. The Cupertino-based brand shipped 3.5 million iPads and captured a 24.6% share of the market, showcasing a 17.1% year-on-year growth.

Samsung had strong growth in the EMEA region due to its presence in Central and Eastern Europe (CEE)’s school digitalization projects. The education sector has been boosting tablet sales ever since the COVID-19 pandemic and remote learning started. Governments in some countries are offering vouchers to students to subsidize the purchase of remote learning devices such as laptops and tablets. A sudden surge in demand for laptops resulted in a stock shortage, forcing consumers to switch to tablets. 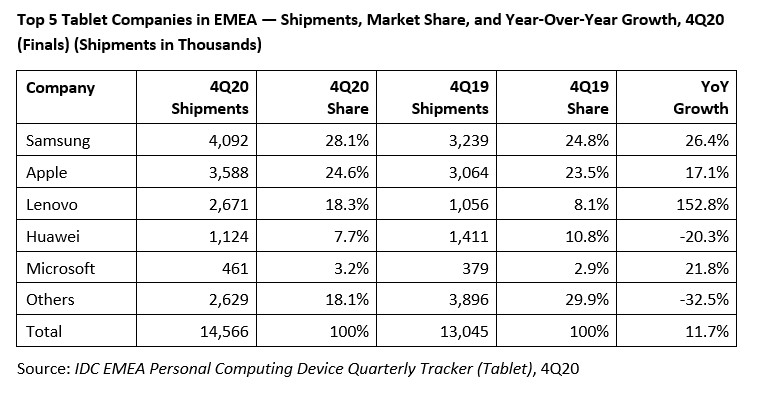