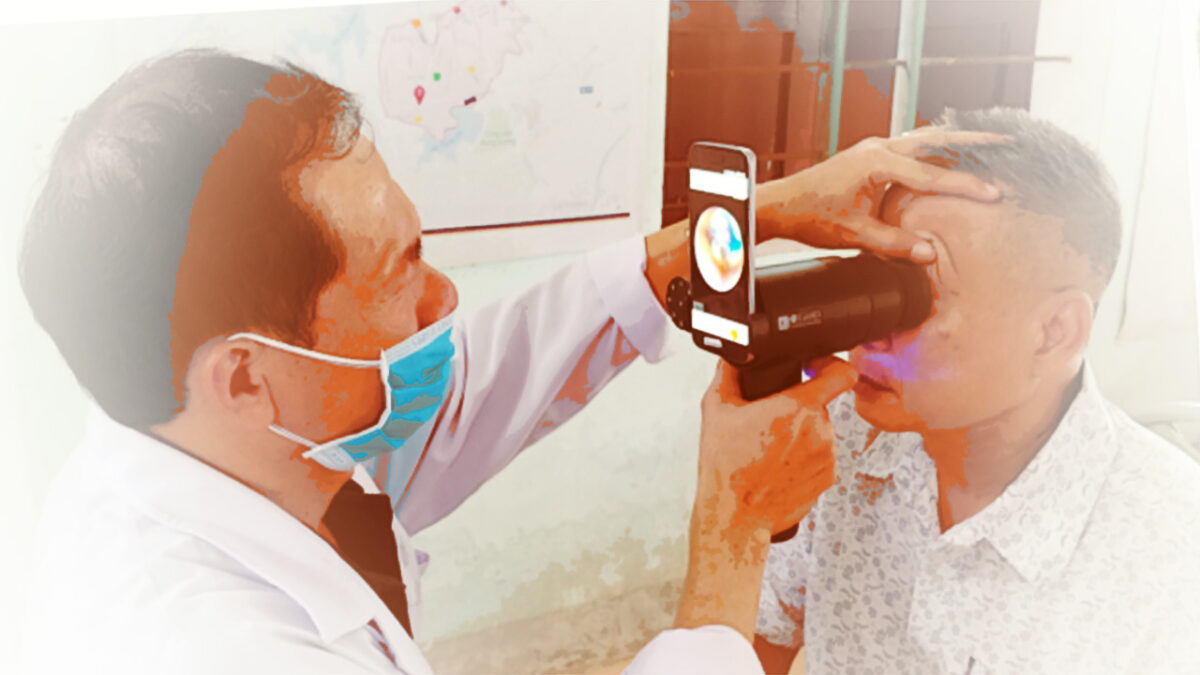 Three and a half years in, the Galaxy Upcycling initiative is still going strong. In fact, it’s getting more fascinating by the day. Cue this week’s story from the Far East, where Samsung successfully repurposed a bunch of its old flagships with the express purpose of fighting blindness and other comparably severe ophthalmology diseases.

The resulting technology is called the EYELIKE Platform and has already been successfully tested in a variety of rural locales across Asia, from Papua New Guinea to Vietnam and India. Successful experiments have even been carried out in Morocco.

It’s all about accessibility

While the idea for the Galaxy Upcycling program has first been coined back in 2017, it wasn’t until last year that Samsung moved into the realization phase. The EYELIKE Platform is one of its first major achievements on this quest to improve the overall quality of life in the 21st century. It was pursued due to the fact that vision impairment is one today’s most omnipresent medical conditions. The majority of eye disease cases are also entirely preventable, making this problem a good fit for the Galaxy Upcycling effort to tackle.

According to WHO, there is a billion of visually impaired people today who could have avoided their conditions if they were diagnosed in time. On a global level, this makes eye disease a tech accessibility problem more so than a medical one. The EYELIKE Fundus handheld camera is the next step toward addressing that situation for good. It’s far from the only step toward a sustainable future that Samsung’s been taking lately.

Most of us have a couple of old phones lying at the bottom of a cabinet we haven’t opened for quite some time. These relics now gather dust as they serve no purpose since we’ve moved on to newer devices. In its efforts to reduce waste, Samsung has launched a new initiative that lets you […]

Samsung’s Galaxy Upcycling program still lives, and it could take off soon

Some of our readers might recall Samsung’s Galaxy Upcycling program unveiled a couple of years ago. It was meant to give mobile users ideas on how they can repurpose older Galaxy hardware and reduce e-waste. Not a lot has come out of this idea over the past couple of years and the program is still […]

Have a Galaxy smartphone or tablet lying around at home that you haven’t used for a long time? If the answer is yes, then Samsung has a few tips on how you can put your old Galaxy device to use instead of throwing them away or letting them sit in your drawer. Samsung has teamed […]