One UI 3.1 brings wireless DeX on PC support to all Galaxy flagships 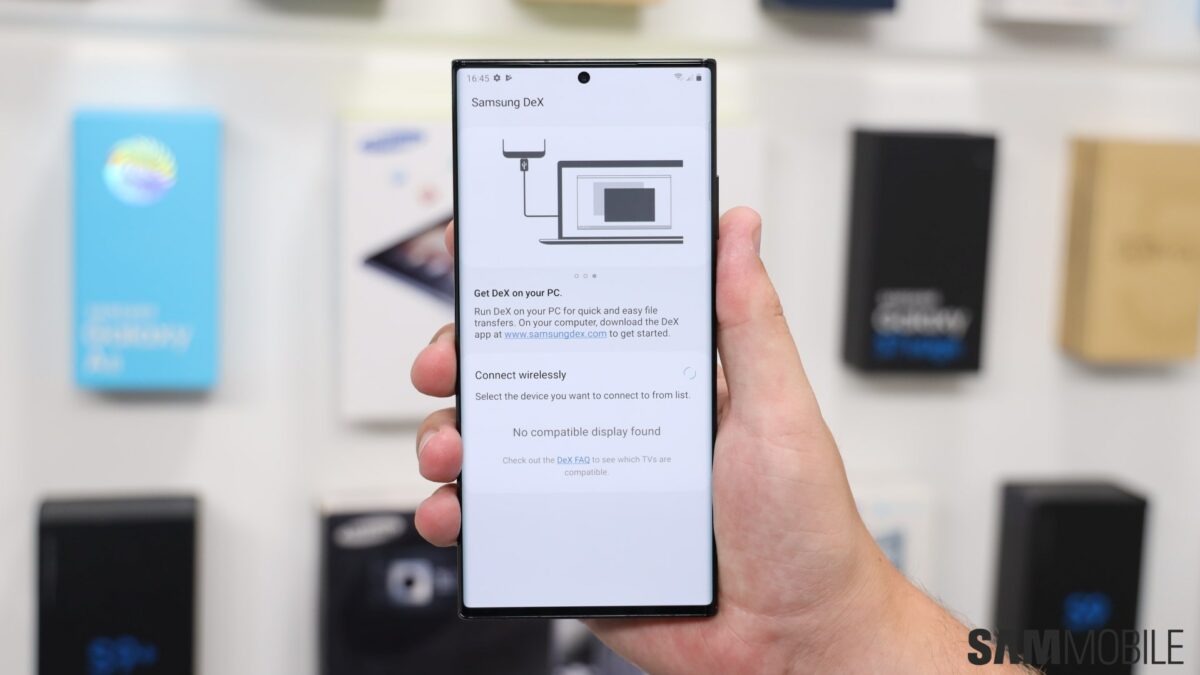 With the Galaxy S21 series, Samsung introduced One UI 3.1 with various new features. One of those new features includes Wireless DeX on PC, which allows users to cast the DeX experience wirelessly from their Galaxy devices to compatible PCs. The South Korean firm is now is rolling out the feature to older Galaxy devices with the One UI 3.1 update.

You’ll have to install the Samsung DeX for PC app on your macOS or Windows 10 computer to run Wireless DeX on PC. The compatible PC and the Galaxy device need to be connected to the same Wi-Fi network for the feature to work. Once you start Samsung DeX on your Galaxy device, tap on DeX on PC, select your PC from the list of wireless devices, and then tap on Start now.