Right now, the release plan has only been unveiled for South Korea, but we believe that the beta program will subsequently be open for users in other markets like Germany, India, and the US. Once the One UI 3.0 beta update is released for the Galaxy S20 series, Samsung could also release a similar program for the Galaxy Note 20 series in the future. You can view the official changelog for the Android 11-based One UI 3.0 update here. 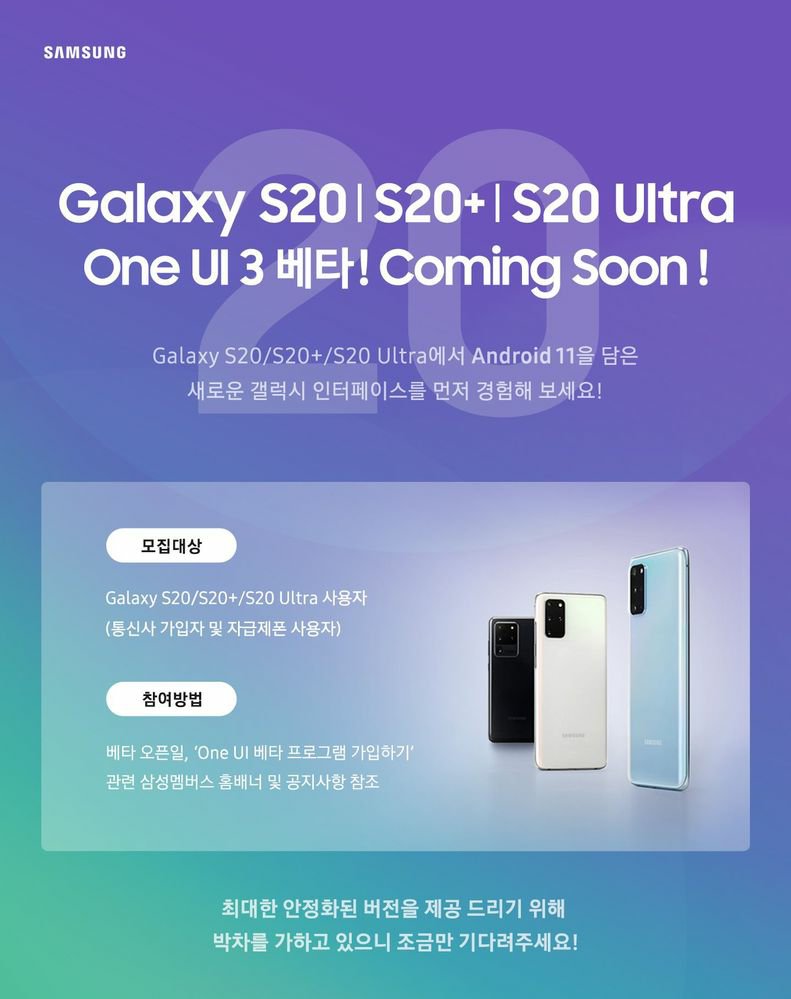 One UI 3.0 brings camera improvements, including better autofocus and stabilization, to the Galaxy S20 series. Other features include a trash bin feature for messages, the ability to delete duplicate contacts, call screen customization. Improved Calendar and Reminders apps are also a part of the package. Samsung has also added weekly trends for Digital Wellbeing and separate profiles for work and personal profiles. Time spent on calls while driving and a lock screen widget is also available in One UI 3.0.

Long pressing an app’s icon lets users add an associated widget to the home screen. The screen can be locked by double-tapping an empty area on the home screen. Android 11 features like conversation sections in the notifications area, chat bubbles, and media playback widget are also present in One UI 3.0. A new version of Samsung Internet with several new add-ons and improvements to Samsung Keyboard and Wireless DeX are among the other new features.