A new variant of the Galaxy S20 FE appeared last month, and then we revealed that it features the Snapdragon 865 series processor and LTE connectivity. A couple of days ago, it was reported that the new Galaxy S20 FE will likely replace the old variant featuring the Exynos 990 processor. Now, we have the first look at the upcoming phone’s design.

The Galaxy S20 FE’s new variant with model number SM-G780G has been listed in WPC’s (Wireless Power Consortium) database. It reveals the phone’s design, which is exactly similar to the regular Galaxy S20 FE and the Galaxy S20 FE 5G. It means that, apart from the processor, there might not be any change between the Exynos 990 and Snapdragon 865+ variants of the smartphone. The phone is rated to receive up to 4.4W of power via the Qi wireless charging standard.

The Galaxy S20 FE (Snapdragon 865+ variant) is expected to feature a 6.5-inch Full HD+ Super AMOLED Infinity-O display with a 120Hz refresh rate, a 32MP selfie camera, a 12MP+12MP+12MP triple rear-facing camera, an in-display fingerprint reader, stereo speakers, and an IP68 rating for dust and water resistance. The 4G-only device could be powered by a 4,500mAh battery with support for 25W fast charging. 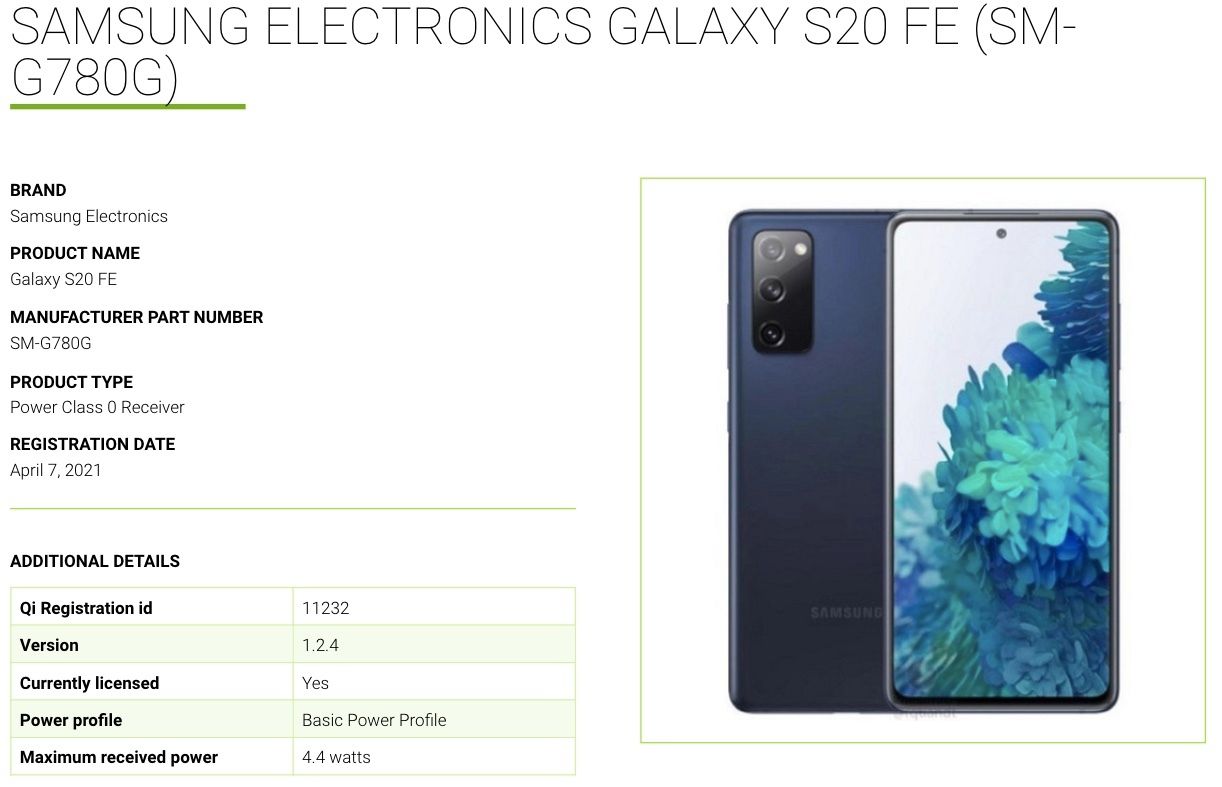