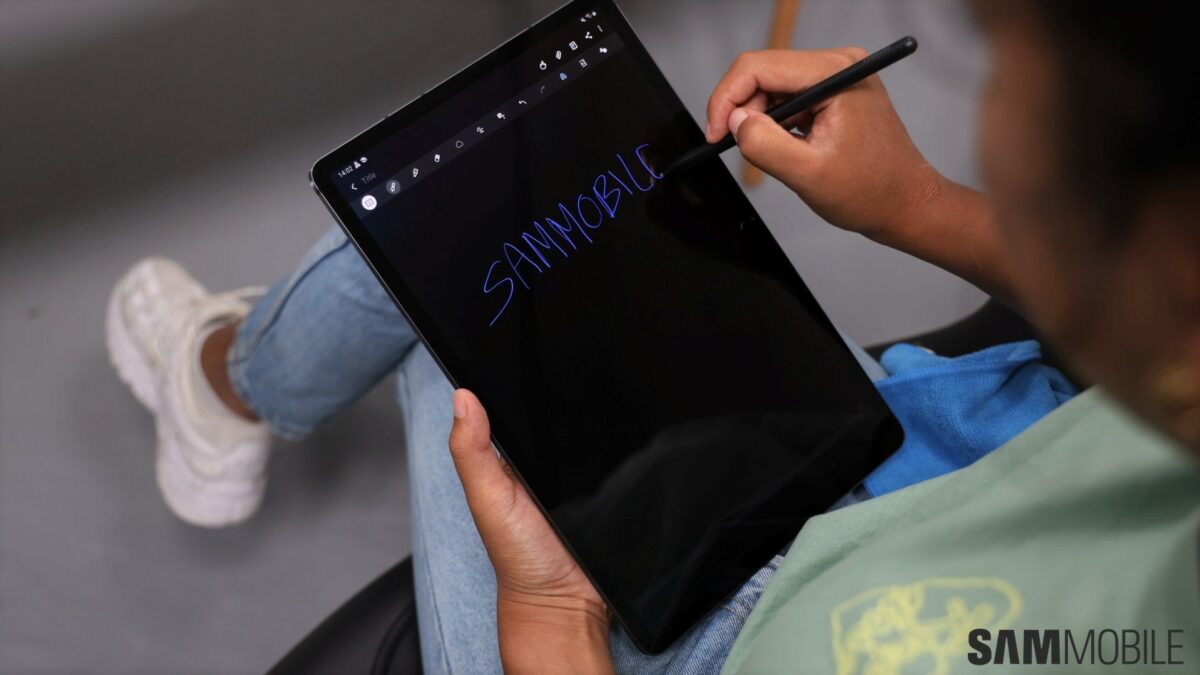 Galaxy Tab S7+ owners in Germany — and possibly other countries — should now be able to download firmware version T976BXXU1BUBB from the Settings app, and the firmware will also be available for download from our archive soon. The rollout began with the Galaxy Tab S7+ but the base model shouldn’t be far behind.

New S Pen to text feature is live along with Samsung Free, Dolby for DeX

The latest firmware update for the Galaxy Tab S7 series adds a new S Pen to text feature that lets you use the S Pen in more areas including address boxes, and it makes scanning documents a little bit more convenient as the feature is easier to reach.

In addition, the new update introduces Samsung Free, as well as Dolby support in DeX mode and improves the platform’s stability. The fingerprint scanner should have also improved but no additional details were included in Samsung’s official changelog. If you happen to notice any changes, feel free to let us know in the comment section below.

Update: The S Pen feature update is now also available for the Wi-Fi-only versions of the Galaxy Tab S7 and Tab S7+ in South Korea.

Thanks for the tip, @jonasinfarbe!