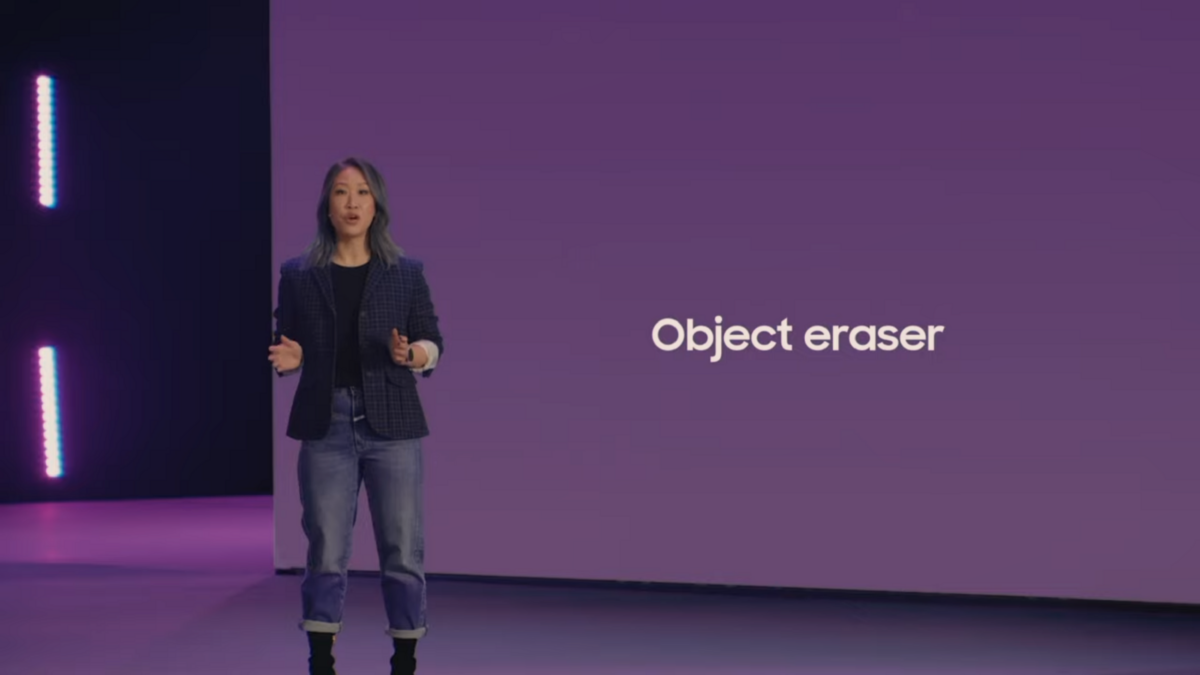 Amid all that yesterday’s excitement surrounding the official launch of the Galaxy S21 series, it’s understandable if you overlooked the smaller news concerning its new software features. Your loss, however, because Samsung showcased a pretty interesting feature that will be debuting with its new flagships later this month.

Called the Object Eraser, the feature is a self-explanatory and highly automated tool for decluttering images. This solution will be rolled out as part of the stock Photo Editor tool available inside Samsung’s Gallery app.

As demonstrated in the snippet below (just hit play, the video is time-stamped) from yesterday’s Galaxy Unpacked, this is pretty much Samsung’s take on Content-Aware Fill, one of the most popular modern additions to Photoshop. Basically, you take an image, select an area around some distracting or otherwise undesirable detail, and let Samsung’s machine learning algorithms do their thing.

Of course, that’s the ideal scenario. In practice, it would be naive to expect that the very first release of Object Eraser will be comparable to Content-Aware Fill in terms of the end product. And yet the very existence of this feature seems to suggest that Samsung is finally improving its consumer AI portfolio, arguably the most unimpressive aspect of modern Galaxy devices.

So, one can only hope this is just the first of many convenient AI-powered features that will be coming to Samsung’s smartphones in the near future. Speaking of which, Object Eraser is set to debut on the Galaxy S21 range when it releases in a couple of weeks. And it won’t be long until this practical service makes its way to some of Samsung’s older devices through an update.