It has been a couple of weeks since the One UI 3.0 beta was opened up to the general public. Only those who owned a Galaxy S20 series device in select markets have been able to sign up for the beta program. It was only a matter of time before Samsung expanded the program to the Galaxy Note 20 series as well.

There was never any doubt about it and now we have an official confirmation. Samsung has confirmed on its community forums for South Korea that the Galaxy Note 20 One UI 3.0 beta is coming soon.

Galaxy Note 20 Ultra and Galaxy Note 20 owners will be able to take part in the beta program. The list of support countries will remain the same. Samsung will be offering the beta to users in South Korea, United States, United Kingdom, Poland, Germany, China and India.

The company hasn’t provided a confirmed date for when the first One UI 3.0 beta firmware for the Galaxy Note 20 will be sent out. It may not be too long now, perhaps we’ll see it arrive by next week. Samsung is already sending out the second beta firmware to testers in markets like the United States. This just shows that the development work on its next major update is coming along nicely.

There’s nothing to suggest at this point in time that the One UI 3.0 beta program will be expanded to last year’s flagships. The company has done that in the past. So far, there’s no indication that the beta will be released for the Galaxy S10 and Galaxy Note 10 lineups.

We’ll keep an ear to the ground and let you know as soon as we find out more. 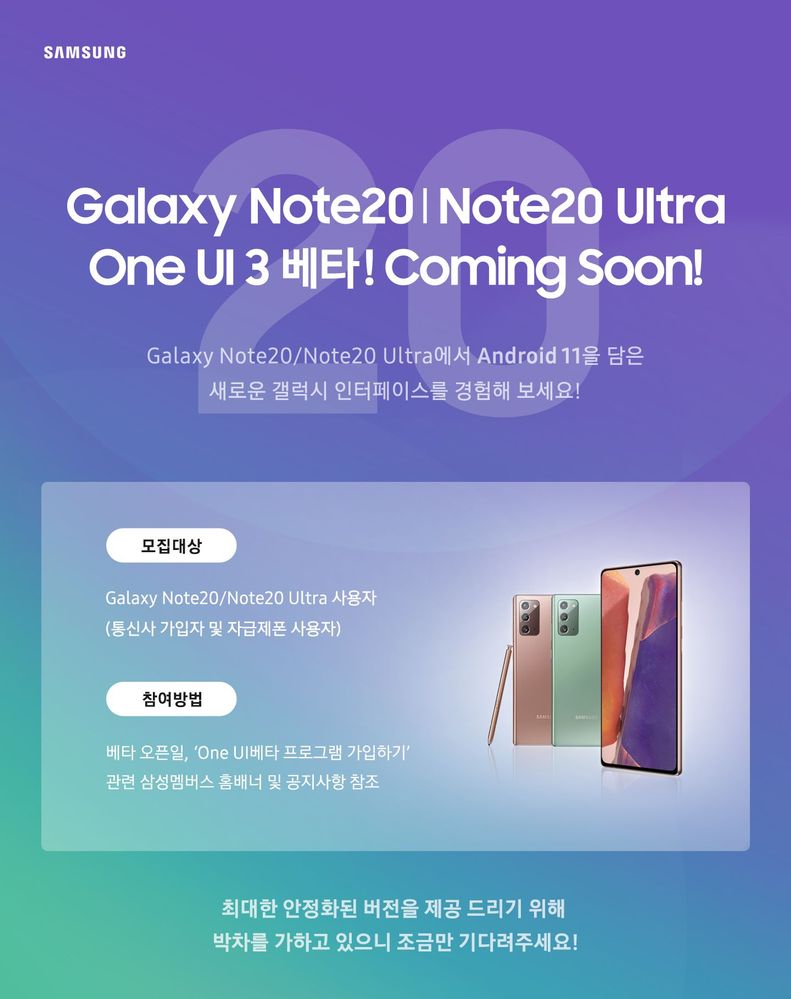