Galaxy M31 gets the taste of One UI 3.1 with latest update

The Galaxy M31 received the Android 11-based One UI 3.0 update in January. The mid-range smartphone is now receiving a new software update that brings the latest version of One UI. Samsung has started rolling out the One UI 3.1 update to the Galaxy M31 in India.

The latest software update for the Galaxy M31, which has firmware version M315FXXU2BUC1, has a download size of over 1GB. The update also brings the March 2021 security patch to the smartphone. The changelog for the update mentions improved camera performance, device performance, and security.

The One UI 3.1 update should also bring features like the ability to remove GPS location data from images while sharing them, slightly improved UI design, smart home controls for Google Home compatible products via the notifications shade, improved clock app, and more.

If you are a Galaxy M31 user in India, you can check for the update by navigating to Settings » Software update and tapping on Download and install. The update could soon start rolling out to Galaxy M31 units in markets outside of India as well. The phone was originally launched last year with Android 10. 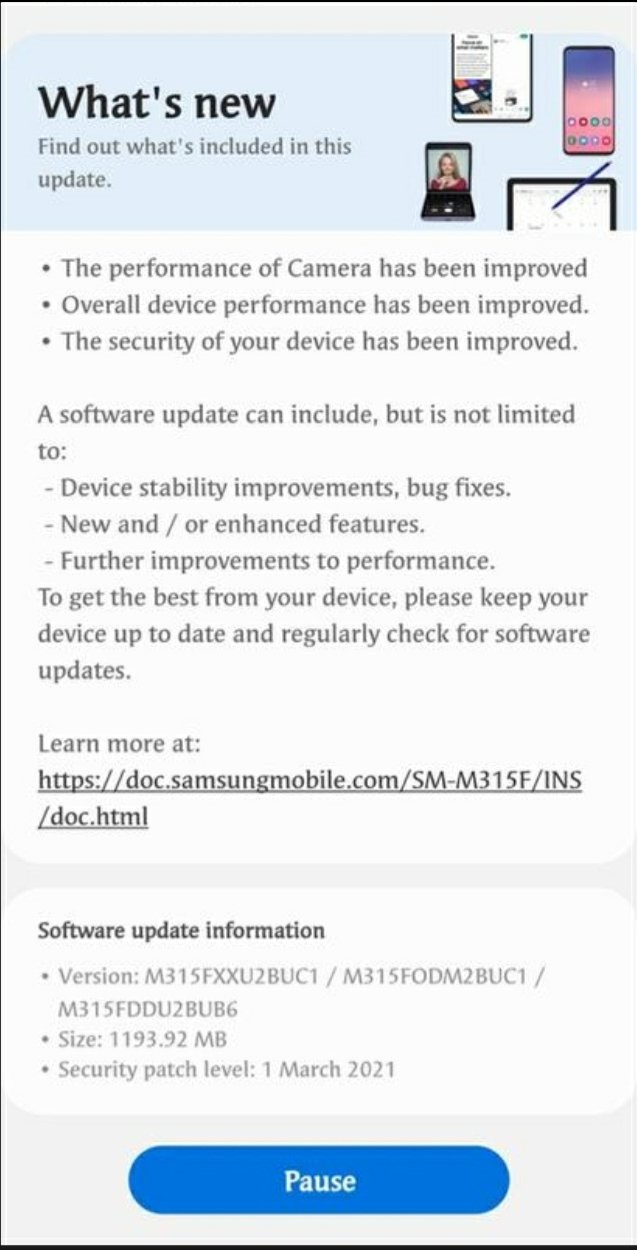