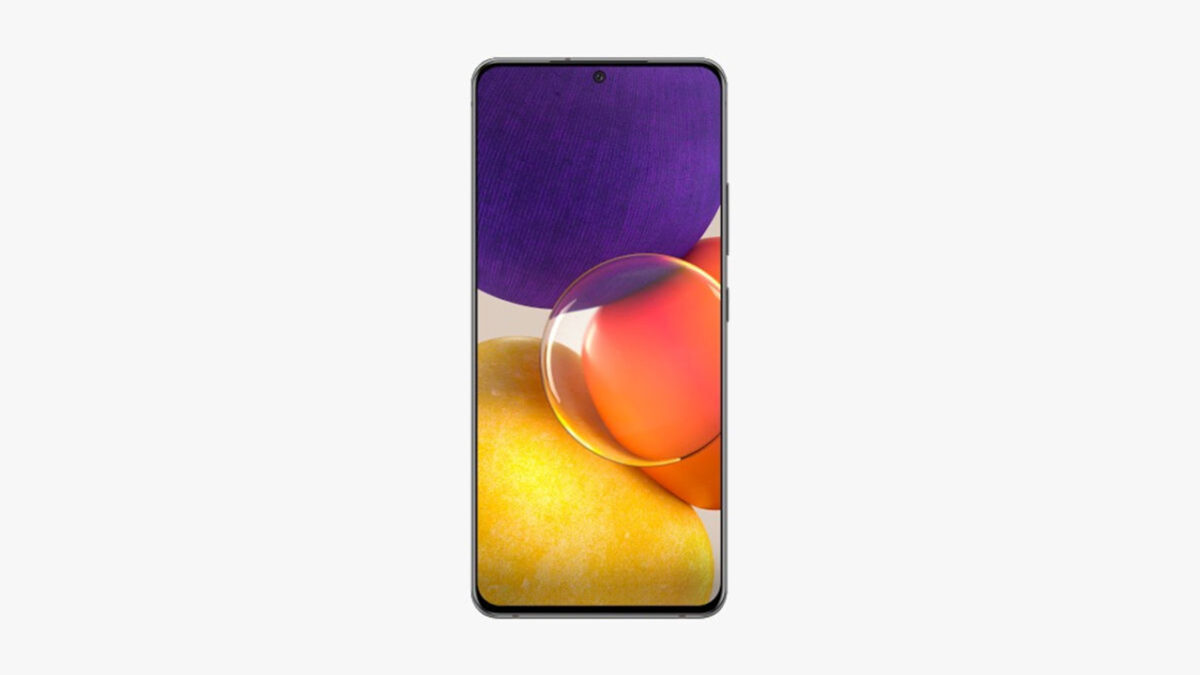 Samsung is working on a premium mid-range smartphone, the Galaxy A82 5G. It is the successor to the Galaxy A80 and it could be rebadged as the Galaxy Quantum 2 in South Korea. The smartphone first appeared two months ago and some of its specifications were revealed over the past few weeks. Now, the phone’s front design, internal hardware, and software version have surfaced, telling us more about the phone.

The Galaxy Quantum 2 (SM-A826S) was found in Google Play Console listings. The phone appears to feature a full-screen design at the front. Going by the specifications available in Google Play Console, the phone features a Full HD+ screen and runs Android 11. The Galaxy Quantum 2 is equipped with the Snapdragon 855+ processor (SM8150P) and 6GB of RAM. While the Galaxy A80 featured a flip selfie camera system, the Galaxy A Quantum appears to have a traditional punch-hole-shaped selfie camera.

It has been reported in the past that this upcoming smartphone features a 64MP (Sony IMX686) rear-facing camera and Bluetooth 5.0. Nothing else is known about this smartphone, but we expect it to feature a QRNG (Quantum Random Number Generator) chip for enhanced security compared to traditional smartphones. This smartphone could be exclusive to South Korea. For other markets, it could be released as the Galaxy A82 5G and without the QRNG chip.

The original Galaxy A Quantum (based on Galaxy A72) featured a 6.7-inch Super AMOLED Infinity-O display, an Exynos 980 processor, a 64MP quad-camera setup, a 32MP selfie camera, and a 4,500mAh battery with 25W fast charging. 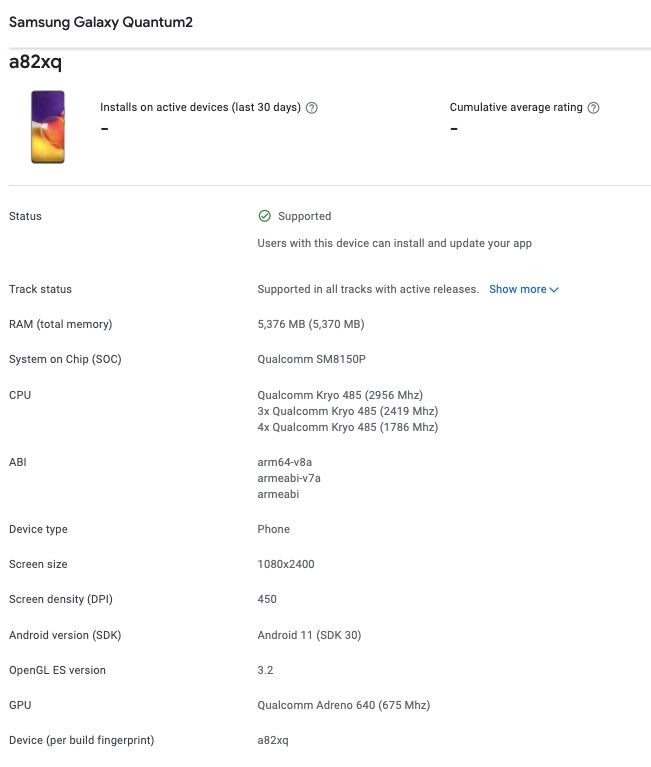