Samsung’s SmartThings IoT division today announced the launch of a new Wi-Fi mesh system that promises to provide improved performance. The new system has been built keeping the demands of the modern day internet user in mind. The system will thus deliver an intelligently optimized whole home network while also offering users the ability to control smart home devices.

The new mesh Wi-Fi system is powered by artificial intelligence-based Wi-Fi technology from Plume and it includes a built-in SmartThings Hub. It will thus provide fast and consistent coverage while covers the whole home.

This partnership with Plume brings the latter’s AI mesh Wi-Fi optimization technology to the system. It can adapt to internet usage in the home to intelligently allocate bandwidth while reducing interference and delivering maximum Wi-Fi capacity. It provides users with the fastest speed possible by selecting the optimal band and frequency channel on its own.

Each SmartThings Wi-Fi router has a range of 1,500 square feet so a 3-pack covers 4,500 square feet. Users will be able to expand coverage with additional mesh routers being added to the setup. All of this can be managed through the companion app for iOS and Android.

The system also has an integrated SmartThings Hub through which users will be able to control their smart home devices. Hundreds of third-party devices and services are compatible with this Internet of Things platform.

A 3-pack of the SmartThings mesh Wi-Fi system will retail for $279.99 while a single device will cost $119.99. Samsung has started selling it today through its own website as well as through its retail partners. 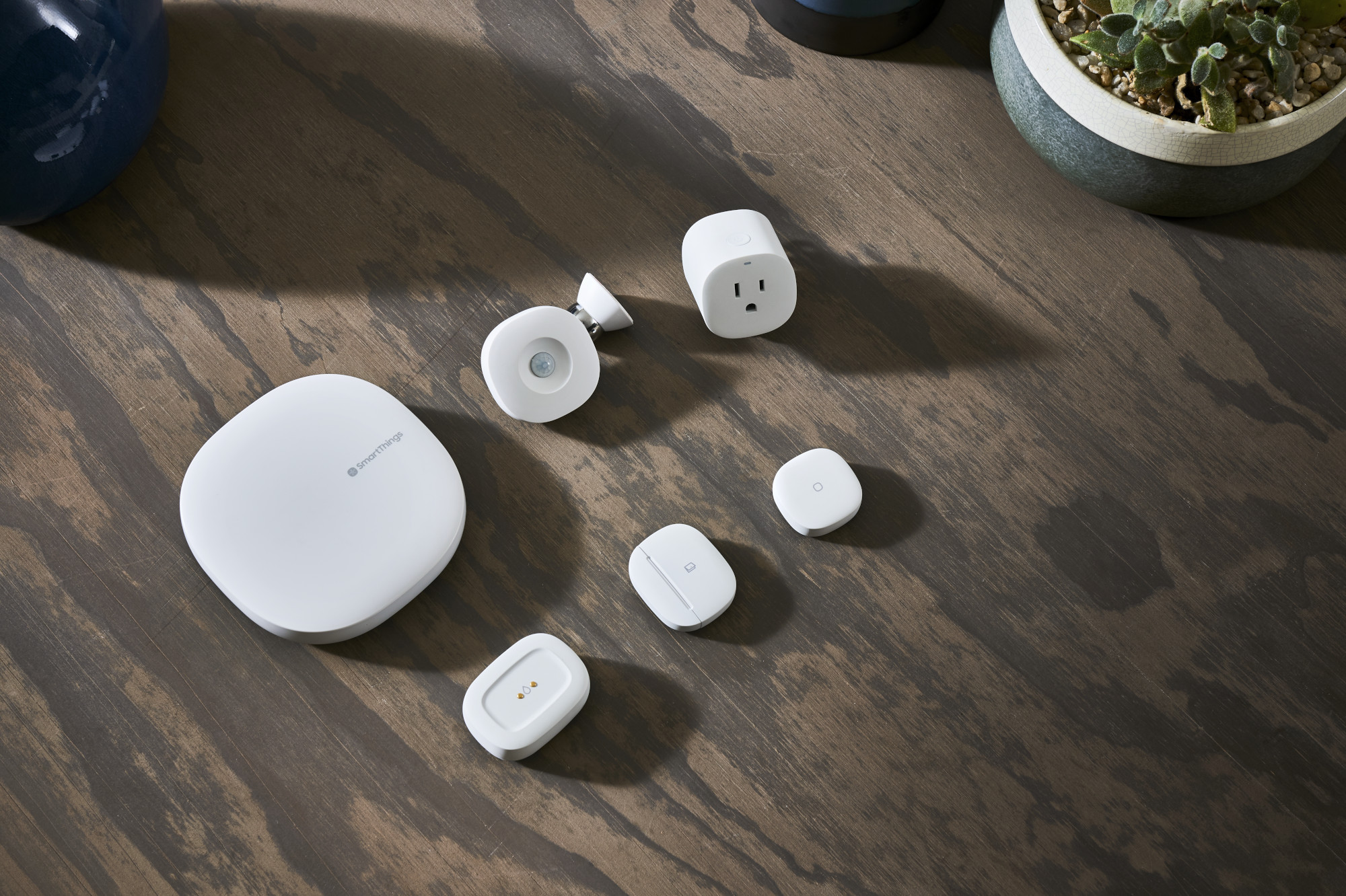