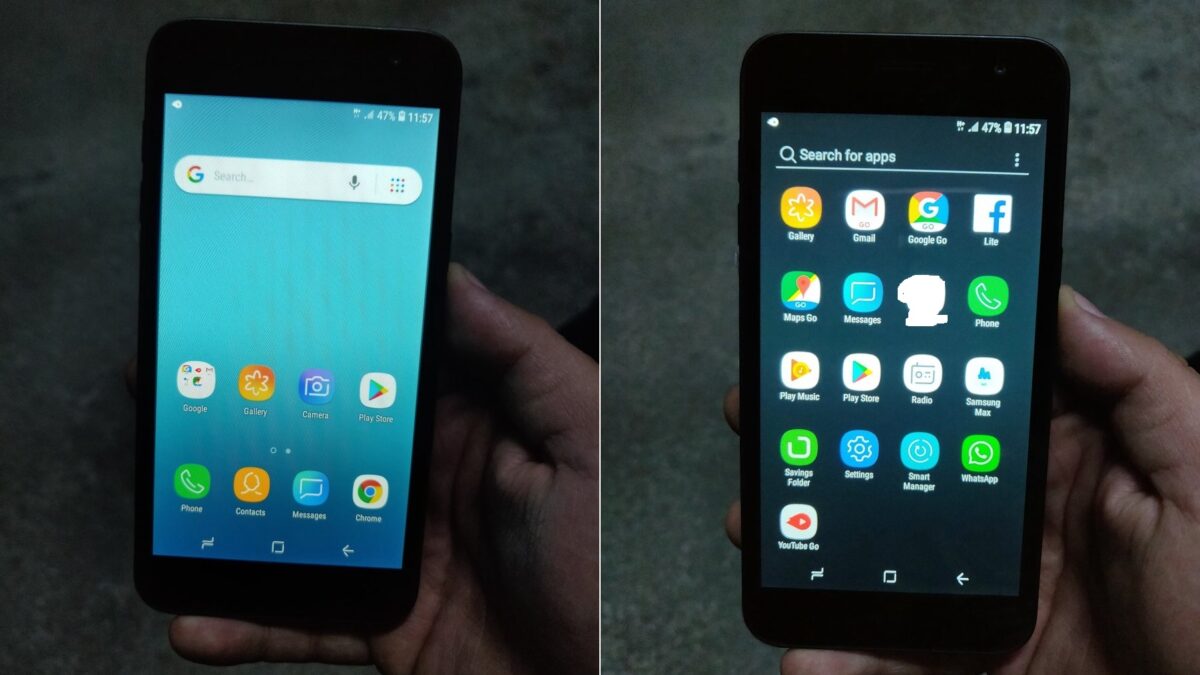 It is already known from various leaks that Samsung is working on an Android Go smartphone. The same model has now cleared the FCC, indicating its imminent launch. In fact, the FCC has certified four different models – SM-J260G, SM-J260G/DS, SM-J260Y, and SM-J260Y/DS – of Samsung’s Android Go smartphone.

For those who are not aware, Android Go is a lighter variant of the Android operating system and is meant for budget smartphones. Google created Android Go to offer a better Android experience on smartphones with low-end specs, typically with 1 GB of RAM or less. Google also developed ‘Go’ versions of its popular apps to complement the Android Go OS.

Samsung’s Android Go model is expected to come with a 5-inch AMOLED display, Exynos 7570 SoC, 1 GB RAM, 8 GB internal storage, and Android Go 8.1 Oreo.  We also know from our exclusive report that, unlike other Android Go models which sport stock Android UI, Samsung’s offering will come with company’s custom UI on top, similar to other Galaxy handsets. There’s actually no compulsion from Google on Android Go handsets to offer a stock Android experience.

We still don’t know when and where Samsung is planning to launch the Android Go model. It is safe to guess this model will predominantly target developing markets where budget smartphones make up most of the sales. As far as ‘when’ is concerned, we have no concrete date, but the FCC clearance is always a good indication that the launch in around the corner.

Samsung’s third Android Go phone, the Galaxy A2 Core, has been launched in South Africa. Powered by the Go edition of Android 9.0 Pie, the device packs quite a punch at an affordable price. It comes with lighter versions of Google’s software suite to provide a fluid user experience on low-end hardware. The Galaxy A2 […]

Following in the footsteps of the Galaxy J2 Core and Galaxy J4 Core, Samsung has launched its third Android Go handset. This time, however, it isn’t a member of the Galaxy J series. It is instead a barebones model in the company’s Galaxy A lineup. Being a bottom of the barrel Android Go device, the […]