Exclusive: Here’s some of the functionality the Bixby Speaker could offer 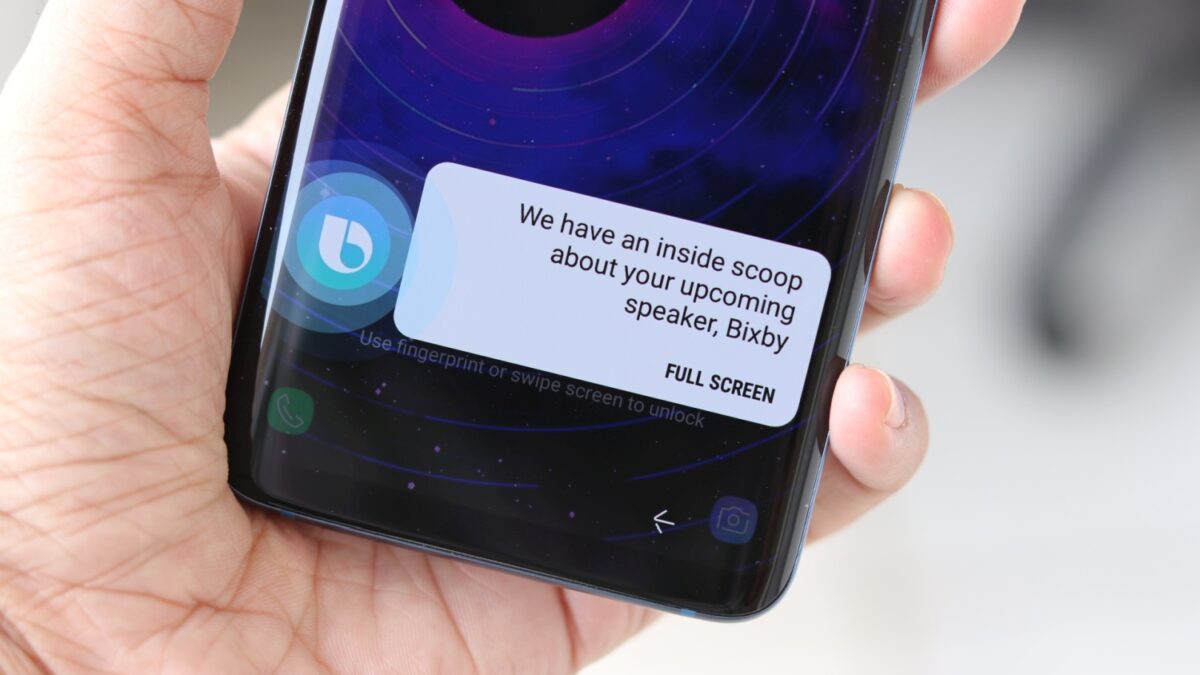 The Bixby Speaker is one of those rare products that Samsung execs have openly admitted to be working on. But it’s also a product that hasn’t been the subject of any leaks or rumors. It’s expected to be released sometime in the second half of this year, though reports have also suggested that might not happen. But those reports may not have been entirely accurate, as based on the information we’ve received, the Bixby Speaker is already shaping up to be quite the feature-packed device, as most of Samsung’s products usually are.

Bixby Speaker should be feature-loaded from the beginning

First and foremost, our sources tell us the Bixby Speaker is codenamed Lux. An odd codename for a speaker, but it might be because the Bixby Speaker also has a display. We’re told it has some gesture-based functionality, such as being able to double tap to zoom or flicking to scroll through a list, though that’s about everything we know for now. When it comes to the audio part of the device, well, our information suggests the Bixby Speaker will be like Google Home but with a few extra pieces of functionality thrown in.

When the speaker is set up, it will ask the user its preferred music service. Spotify will be an option, and possibly a local Korean music service called Melon. Like Google Home, users will be able to play audio on multiple Bixby Speakers at the same time in multiple rooms, with the ability to individually control volumes for each speaker or modify the volumes at the same time. Samsung is also building in a feature that would let the user change the direction the sound is played in. The user would be able to manually select if sound should be directed towards the left or the right, and there’s apparently an automatic detection method as well.

There’s no telling how that would work, though Wi-Fi beamforming is one method that Samsung may use to detect which side of the room the user’s smartphone is in. There may even be infrared sensors for the same, as one of Samsung’s patent applications had suggested. The speaker will also apparently have the ability to carry out a set of actions once it detects the user leaving or entering a room. This may simply detect whether a smartphone has connected to or disconnected from the same Wi-Fi network the speaker is on, although we aren’t privy of the exact details.

Bixby will play a huge part, of course

Speaking of actions, the Bixby Speaker will naturally have Bixby built in. Our sources tell us it will work exactly how it does on Samsung’s smartphones. You could say ‘Hi Bixby’ to wake the speaker up and ask it about the weather, set a calendar event or alarm, or call an Uber or order a coffee from the nearest Starbucks. If you’re not okay with others using the speaker to carry out their orders, there will be an option to lock it to your voice.

If the voice giving the commands isn’t the same, nothing will happen. This would work for things like Bluetooth calls or changing the song playing on Spotify (you probably know how irritating it can be when someone else takes control of the music if you own a Google Home), and possibly commands that let you control other Samsung smart devices in your home. The Bixby Speaker will be managed through Samsung’s SmartThings app, so you can expect it to tie in to the company’s IoT-focused appliances should you own one or several of them.

And yes, you read that right: The Bixby Speaker will also be able to make calls for you by connecting to your phone over Bluetooth. It’s basic Bluetooth functionality from what we’re told, with the speaker needing permission to even download your contacts, just as the stereo in your car would require. Bluetooth would also be one of the methods of connecting to the speaker, just like it is on Google Home and the Amazon Echo.

When is the Bixby Speaker going to launch?

We’re afraid that’s something only Samsung can answer, although we shouldn’t rule out an announcement alongside the Galaxy Note 9. There’s also no telling what the official name of the speaker will be; Bixby Speaker is just something everyone is using at the moment for lack of an actual title. We should also point out that while we have a fair amount of confidence in our source, some of the functionality described above may or may not be part of the final product and some things may change later on in the development process.

Not that we don’t expect the Bixby Speaker to be so feature-heavy out of the box. It will be going up against competition that has been in the game for longer, and other than the lack of voice support for most languages, Bixby itself has been quite capable from the beginning as well. Just how good or useful all of the functionality will be remains to be seen, and the rumor mill will hopefully help us make further sense of everything Samsung’s upcoming smart speaker will bring to the table.

What do you think? Are you looking forward to Bixby Speaker, or is it something you could care less about? Get a discussion going in the comments!