The launch of the Galaxy J4 is going to happen sooner rather than later, possibly at Samsung’s May 21st event in India where the company will also be unveiling the Galaxy J6. We’ve already seen the Galaxy J4 in live images from a Taiwanese certification authority, and official renders have now leaked to give us a proper look at the gold and black variants of Samsung’s upcoming budget smartphone. 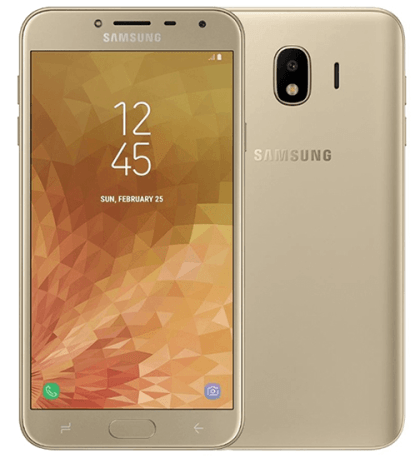 The Galaxy J4, unlike the Galaxy J6, is going to feature a standard 16:9 display, and WinFuture.de says it’s a Super AMOLED panel. Its spec sheet reads like a typical entry-level smartphone from the Korean giant, as we had exclusively revealed last week. It has an octa-core Exynos 7570 chipset clocked at 1.4GHz, 2GB/3GB RAM, 13-megapixel and 5-megapixel rear and front cameras with an LED flash for both, 16GB/32GB storage (expandable), dual SIM slots, LTE connectivity, and a removable 3,000 mAh battery. It will run Android 8.0 Oreo out of the box, with Samsung’s Experience UX 9.0.

The Galaxy J4’s design is as typical of an entry-level Samsung smartphone as the specs, as you can see in the images. No Infinity Display, no fingerprint sensor, and not even a USB Type-C port, making it far less impressive than the Galaxy J6. Pricing should accordingly be lower than the J6′, though there’s no word on that front just yet.

Take a look at the official renders below. 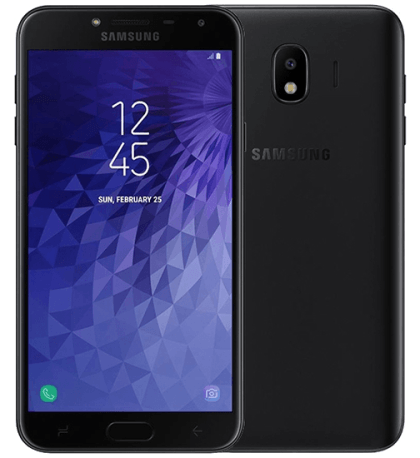