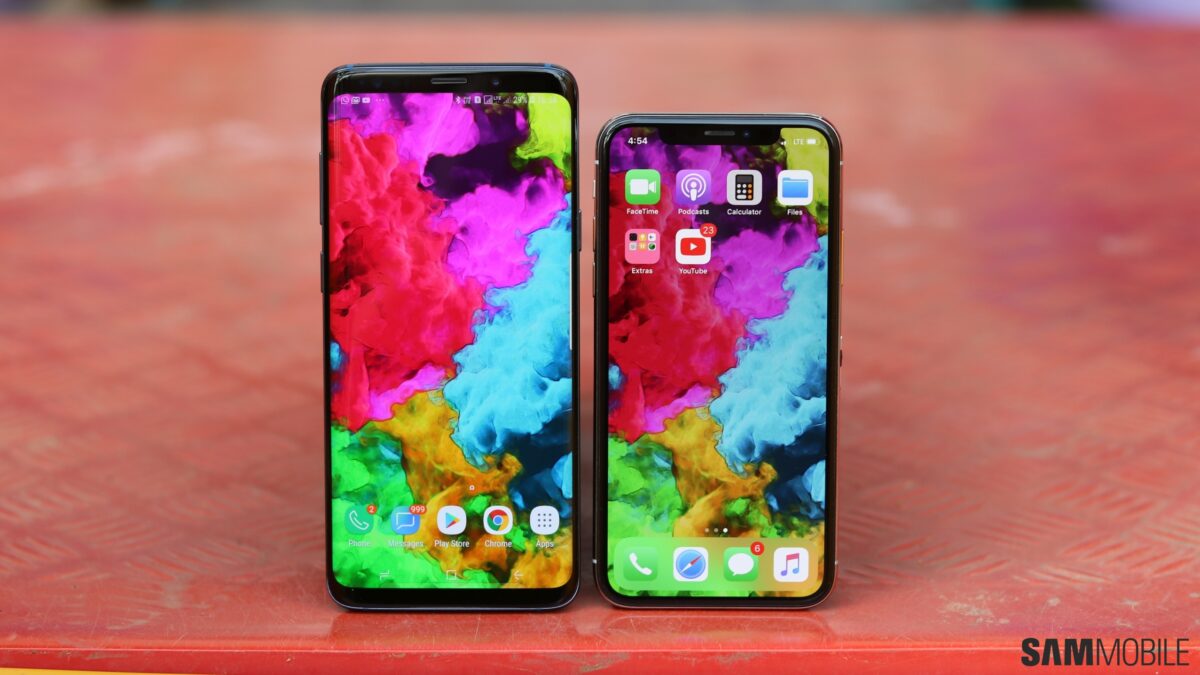 Samsung has been battling strong competition from the Chinese OEMs in the Indian smartphone market. In particular, Xiaomi with its ruthless pricing has posed a major threat to Samsung’s dominance in India. Depending on which market research firm you believe, Xiaomi was either ahead of or close to Samsung’s market share during the second-half of 2017 in India.

So far, Q1 2018 also seems to be following the same trend, despite Samsung’s efforts. Last week, Canalys published Q1 smartphone shipment numbers for India, placing Xiaomi at the top of the vendors’ list with 31% market share. Prior to that, Counterpoint Research also crowned Xiaomi as the largest vendor in India in the first quarter of 2018.

Demand for the Galaxy S9/S9+ pushed Samsung to the top

However, in the premium smartphone segment, Samsung seems to be doing well despite the competition from Apple, OnePlus, and others. According to the data published by Counterpoint Research for Q1 2018, Samsung regained the top spot in the premium smartphone segment (Apple held it in Q4 2017) with around 50% market share and 16% YoY growth. The upsurge is driven by the strong demand for the recently launched Galaxy S9, Galaxy S9+, and Galaxy A8+.

Even in the premium smartphone segment, which the Counterpoint Research pegs at 4% of the overall Indian smartphone market, Samsung is facing heat from a Chinese brand known for its aggressive pricing. While Xiaomi is the Samsung’s main rival in the budget segment, another Chinese company, OnePlus, is shaping up to be a major contender in the premium smartphone market by holding on to the second place in market share since Q3 2017.

In fact, Counterpoint Research crowns OnePlus 5T as the best-selling premium smartphone in the last quarter which, to be frank, sounds dubious given its limited availability and marketing spend. Apple settled for the third spot as the euphoria around its new phones begins to fade. 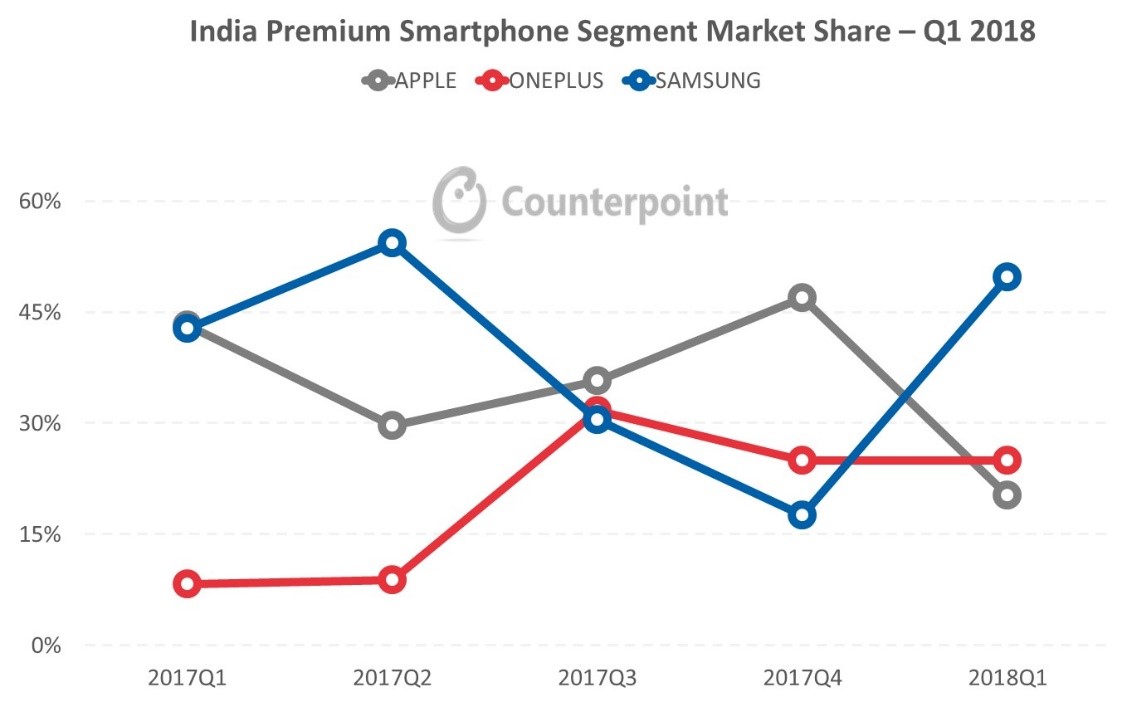