The Galaxy J5 (2016), Galaxy Tab A 8.0 and Galaxy Tab A 9.7 have been spotted on both Geekbench and GFXBench’s online database running Android 7.1.1, which has (almost) led us to believe that Samsung is in the final stages of testing the much-anticipated Nougat update for the devices.

Truth be told, we’re feeling a little bit confused. The Galaxy J7 (2016), the Galaxy J5’s big brother, has already started receiving the Android 7.0 Nougat update, while the Galaxy Tab A 8.0 and Galaxy Tab A 9.7 were recently certified by the Wi-Fi Alliance running the firmware.

Have you noticed the discrepancy? All three units have been spotted running Android 7.1.1 Nougat, yet all signs pointed towards them receiving the slightly older Android 7.0 Nougat upgrade—so we’d recommend taking this information with a  hefty pinch of salt.

Regardless, seeing as the Galaxy J5 (2016), Galaxy Tab A 8.0 and Galaxy Tab A 9.7  have passed through the Wi-Fi Alliance and acquired certification to run Nougat, it’s safe to say that they’ll all receive the update in the near future. We just don’t know whether they’ll be treated to Android 7.0 or Android 7.1.1. 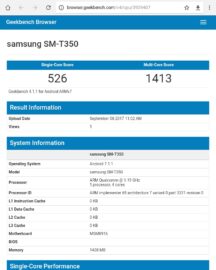 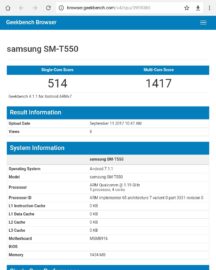 I love android 7.1.1 is because mine Tab A 9.7 just update late night and its boot animation has change to galaxy s8 boot and the swipe up to app drawer

My tab 9.7 just updated last night. For whatever matters 2gb was freed and tablet is faster

J5 2016 is now tired of waiting to update urgently. Please!

When it is coming?

Yes u see it and u can read the txt above

Why is Samsung neglecting the J3 2016. The Grand Prime which had 8gb storage upgraded from kitkat to lollipop so why not j3 2016. Plus 7.0 update is designed to run on devices will less specs

Ok why you don’t want to update j3 2016. I’m stuck with this old 2014 shit lollipop and hasn’t received updates from july and security patch level is 1 may. MAY. Now is september. Are you joking or what? ??

When J5 Prime will be updated to Nougat?

You know Josh L i sent a few messages like 2 months ago say the Tab A 10.1 Wifi only for U.S market had be updated to 7.0 and you guys said nothing about it

When get or not get nougat update for galaxy j7 2015

according to Samsung firmware develop chief there will not be a nougat update for j5 and j7 2015.