Plenty of images of the upcoming Galaxy C9 Pro smartphone were leaked in the recent past along with its specifications and price. Now, an alleged high-resolution image of the Black variant of the Galaxy C9 Pro has surfaced the Internet.

We can clearly notice the new antenna design in the leaked image as well as the phone’s model number (SM-C9000) on its back. The Galaxy C9 Pro received its Wi-Fi certification last week, and it also received a hands-on treatment. It seems like Samsung will offer the device in Black, Gold, and Rose Gold. 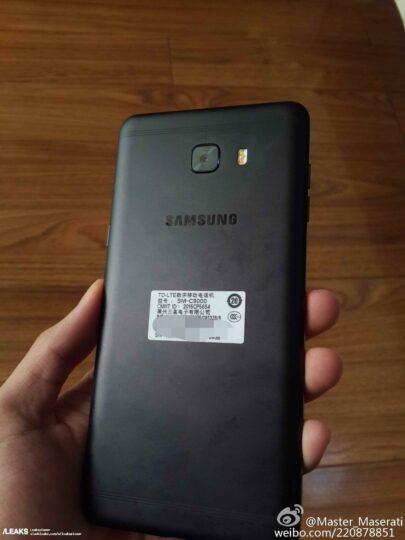 Samsung Galaxy C9 Pro gets a price cut in India

128GB Galaxy C9 Pro may be in the pipeline