Samsung’s first device with Snapdragon 808, the SM-G9198, is a clamshell Android smartphone

The SM-G9198, whose specifications leaked through GFXBench last month, was approved this week by China’s TENAA. Many were speculating that it could be the Galaxy S6 mini, but we reported that it could actually be a clamshell device destined for the Chinese market, and it is indeed the case. The device appears to be the successor to the SM-G9098, which was released in China last year.

This clamshell smartphone features dual 3.91-inch Super AMOLED displays with a resolution of 1280 x 768 pixels, a 64-bit hexa-core Snapdragon 808 processor clocked at 1.8 GHz, 2GB RAM, 16GB internal storage, a microSD card slot (up to 128GB), 4G LTE connectivity, and runs Android 5.1.1 Lollipop. Just like the Galaxy S6 and the Galaxy S6 edge, the SM-G9198 features a 16-megapixel primary camera on the back, and a 5-megapixel secondary camera on the front.

With the dimensions of 119.7 x 66.6 x 16.7 mm, the device appears to be quite thick, at least when its closed. It’s also quite heavy at 191 grams, thanks to the weight of dual displays, and what appears to be a glass and metal build. There’s no information about its release date or launch plans for other countries, but considering that it was passed through TENAA certification this week, we can expect a launch in China soon. 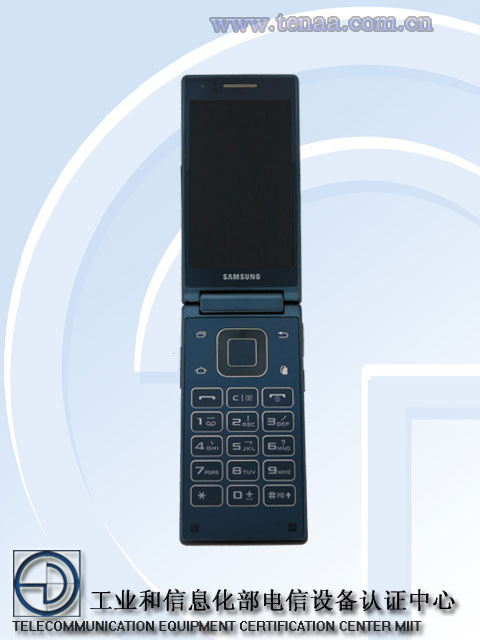 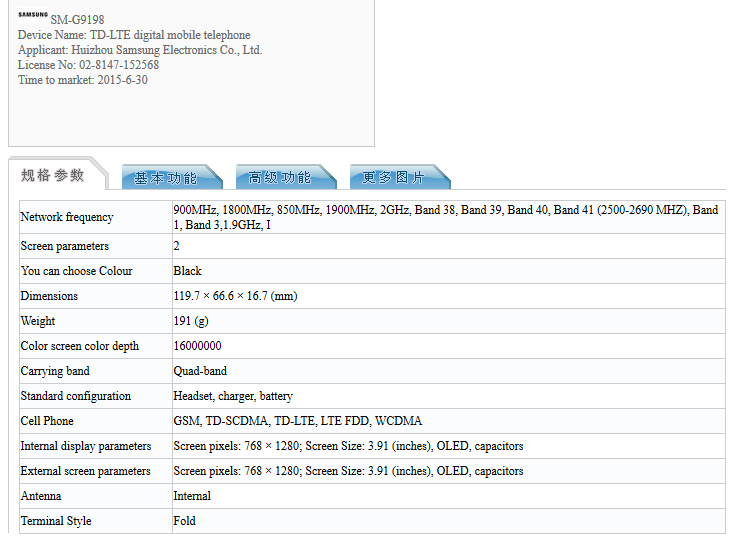